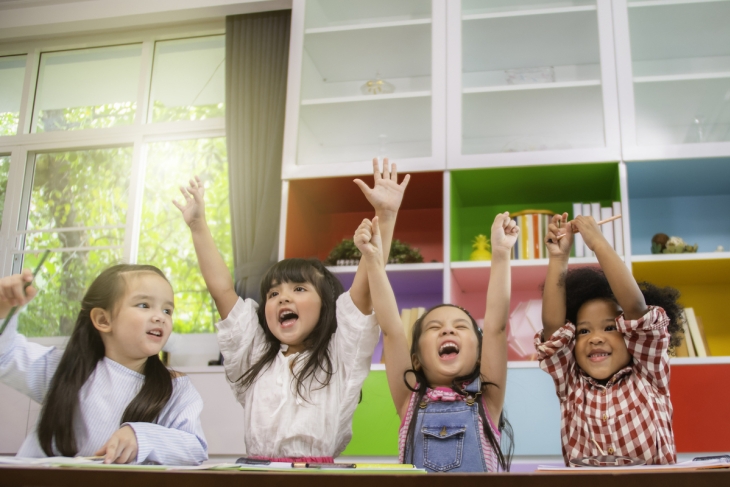 The early childhood field has long recognized the need to transform its workforce—in meaningful part because early educators are paid so poorly. To address this challenge, the Build Back Better legislation significantly expands the federal investment in both pre-K and child care, including major changes to how early educators are paid—and in the case of pre-K, the requirements for their qualifications. Contrary to the critiques that have been leveled by some observers, all of these changes should help these important programs achieve their goals: for pre-K, improved educational outcomes, and for child care, helping parents participate in the workforce while providing a high-quality experience for children.

Improving instructional quality should be a major goal of preschool expansion. In the federally-funded Head Start program, ratings for “Instructional Support” are lower than for “Emotional Support” or “Classroom Organization.” There is strong evidence supporting the idea that improved teacher education leads to better results, even if the research on the impact of bachelor’s degrees is mixed.

In practice, improving the quality of instruction requires more than just mandating BA degrees—it requires paying teachers more. Over the years, early childhood programs have had a hard time retaining teachers with BA degrees, in part because the pay and benefits in K–12 are so much better. In 2020, the median salary for preschool teachers (with or without a BA) was $31,930; for kindergarten and elementary teachers, it was $60,660. For pre-K teachers who have the qualification to obtain a K–12 job, the temptation of the higher salary is ever-present.

The short-term impact of a BA requirement should be manageable, for at least two reasons. First, most state pre-K programs already require teachers to have a BA. Second, Build Back Better allows exemptions for teachers who have been actively teaching pre-K without a BA in three of the five years prior to the law’s passage.

While the necessary supply of high-quality pre-K teachers won’t materialize overnight, over time an increase in average salaries should drive the market from the demand side—which is the only way to do it. States can’t force institutions of higher education to produce more teachers with early childhood degrees—or force more students to take a serious interest in early childhood education. But if those degrees become more valuable, both individuals and institutions will adjust their behavior. To wit, in the last twenty-five years, the percentage of college graduates receiving bachelor’s degrees in education has dropped more than 50 percent, while the percentage of graduates with bachelor’s degrees in computer science has more than doubled. That’s a sign that the market has an impact, even if it takes a while.

Child care is expensive primarily because federal and state safety requirements require relatively low ratios of adults to children—especially for infants and toddlers. On average, the parents of young children are earlier in their career than the parents of college students, which means they tend to have lower incomes. This means they can end up spending a high percentage of their salaries on child care. And yet, despite these costs, child care staff are still receiving very low wages. Pre-pandemic, more than half of child care workers in the United States qualified for public income supports.

Child care funding works very differently than funding for public schools. Public schools receive an annual budget, and the school’s enrollment, past or projected, is typically a major factor in its funding. The school is a public good that is available to any child eligible to enroll.

In contrast, under the Child Care and Development Block Grant, parents are provided with subsidies, often in the form of vouchers. The parents purchase services on the open market and are reimbursed for a portion of their expenses by public funds. Providers are typically paid based on attendance rather than enrollment, so if a few kids are sick for a week, the provider’s budget may be out of whack all of a sudden. Compared to school funding, child care funding is unpredictable and unstable.

It’s also inadequate. Under current law, the levels at which parents are reimbursed aren’t tightly tied to either family resource levels or the actual cost of quality care. Consequently, even with government subsidies, low-income families often face crippling costs. Build Back Better would address this disconnect by requiring states to certify that their payment rates will meet the actual cost of care, including providing for adequate salaries. It would also cap family copayments at no more than 7 percent of household income for families with incomes over 150 percent of the federal poverty level.

Like pre-K, child care has a significant impact on the economy and workforce. Without good child care, parents simply won’t go back to work. And at a time when unemployment is at all-time lows, subsidizing child care is an important way to get more parents off the sidelines.

Moreover, from a child development standpoint, continuity of care is an important value. Young children develop best when they can build relationships over time. If child care providers are underpaid, it increases the odds that they will leave for some higher-paying job, which can be a setback for kids. And because of low pay, turnover is a significant problem among child care staff.

But pre-K is far from the only competition drawing away child care professionals. Several years before the pandemic, I was visiting one of the best-funded early childhood centers in the country. Unlike most child care centers, it leveraged multiple public funding streams and had ample philanthropic support. And yet the center was still unable to compete for staff with Uber or Lyft. Center staff would start driving in the evenings to make a little extra money, and then realize that, if they just drove all day, they’d increase their income. So they would.

To solve this problem, there needs to be enough money in the child care system to ensure that (1) parents can afford child care, and (2) child care providers can afford to stay in their jobs. Direct public subsidies will help on both fronts. And, as with pre-K, it will be important for states to cultivate a diverse delivery system—and to provide support to parents who are navigating that system.

But of course, a fully-formed system will take years to build. During those transitional years, there will also be real risks associated with implementation, including the possibility that middle class families will get squeezed and be unable to afford child care. But there are effective ways for the federal government and states to address such concerns. And the existence of these challenges doesn’t change that fact that Build Back Better would improve the ways America cares for—and educates—our young children.