A bipartisan silver lining in a Betsy DeVos appointment? 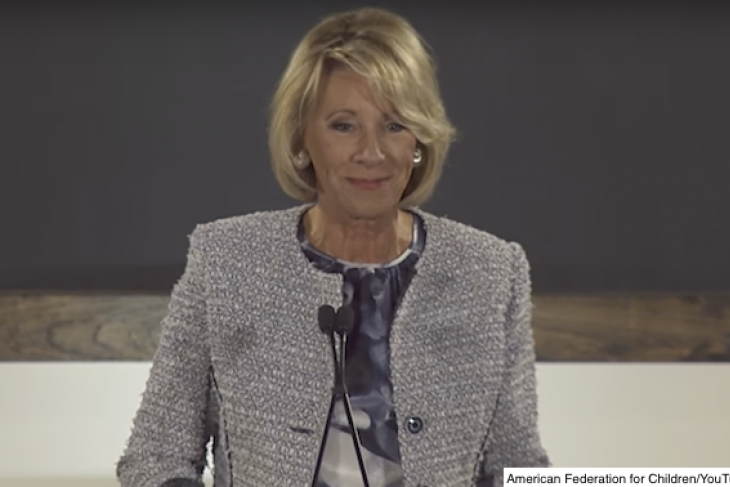 Despite the education community’s clear polarization over the appointment of Betsy DeVos as the next U.S. secretary of education, there may be a silver lining in her confirmation—specifically, for those in the career and technical education (CTE) community.

CTE, formerly known as vocational education, is a rare area of bipartisan agreement. And the Carl D. Perkins Career and Technical Act—the largest source of federal funding dedicated to improving the quality of CTE programs in high schools across the U.S., and long overdue for reauthorization—could present a chance for legislators to find some common ground early in the Trump administration.

Democrats like the Perkins Act because it tends to promote inclusive education and provide promising career pathways for students, including those from less advantaged backgrounds. Republicans tend to like it because it frequently cultivates partnerships with small businesses and encourages the development of employable skills that ultimately drive economic growth.

What’s more, some modern CTE programs—think nurse’s aide, applied engineering, and computer science programs—offer a clear pathway into two- and four-year college programs, making them more palatable to a wide range of students. In addition, CTE models are often innovative in their instructional delivery and their teacher qualifications (often offering more flexibility than traditional classroom teacher pathways), while providing educational options quite distinct from those in traditional comprehensive high schools. All of these factors seem to be valued by the GOP—and by DeVos specifically, whose husband started the Western Michigan Aviation Academy, a charter school with a CTE focus.

If Republicans want to show capacity to govern by passing meaningful, bipartisan legislation, the Perkins Act should be an easy win, as well as a potential way for DeVos and the Trump administration to curry some favor with moderate Democrats. For their part, Democrats have the potential to demonstrate their own willingness to get to work by enshrining a more natural element of school choice in a bill they have been working to pass for the past three years. In the current political atmosphere, where there seem to be few clear wins, lawmakers should be taking action with any options available. And a reauthorization of the Perkins Act, with a focus on encouraging innovative models and systems of choice in CTE, could provide a hopeful example of bipartisan governance.

Shaun M. Dougherty is an assistant professor of educational policy and leadership at the University of Connecticut Neag School of Education in Storrs, Connecticut.