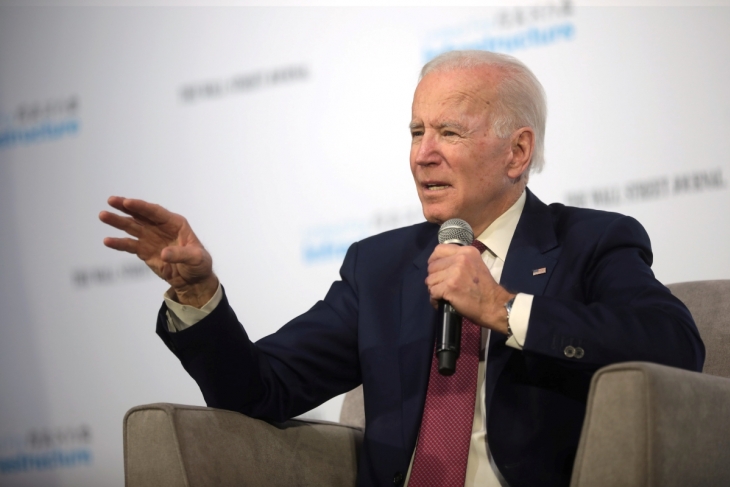 “Providing a World-Class Education in Every ZIP Code” is the title of Joe Biden’s education task force policy recommendations, released last week. Given his long record of support for high-quality public schools, there’s no reason to doubt the presumptive Democratic presidential nominee’s sincerity. As president, surely, he’d wave a magic wand and instantly make every American child’s school a great one, if he could.

But the “unity” task force left out some important voices. It included both presidents of the two largest teachers’ unions, as well as several vocal critics of public charter schools. Excluded from the task force was any representative of the 3.3 million mostly Black and Brown families who depend on charter schools for equitable access to quality education. In fact, no Black education stakeholders, other than Rep. Marcia Fudge (D-Ohio), were given a seat at this particularly important table—a puzzling omission against the backdrop of current events, not to mention the Obama-Biden administration’s strong backing of charters.

Given its makeup, it’s no surprise that the task force report trots out the oft-refuted canard that charter schools “undermine” traditional schools. The National Education Association (NEA) used identical language in a 2017 policy statement pledging “forceful support” for limiting charter schools. “The growth of charters has undermined local public schools and communities, without producing any overall increase in student learning and growth,” the NEA claimed.

That’s demonstrably false, as PPI and other research organizations have copiously documented. Moreover, you can’t have a more equitable system without giving parents some degree of choice in the schools that their children attend. Many Black parents—including charter school parents and those on charter school waiting lists—balk at the idea that they should be forced to send their kids to the traditional district school closest to their home, regardless of whether or not it’s doing a good job of educating their kids.

In 2016, minority students comprised 64 percent of charter school students, compared to 46 percent in traditional schools. Charters serve almost double the percentage of Black students as do traditional schools, and a greater percentage of charter schools’ student bodies are low-income. Even though charters overwhelmingly serve students with the greatest socio-economic challenges, in large urban districts, their students do about as well as their wealthier counterparts. On the 2019 National Assessment of Educational Progress (NAEP), or, “the Nation’s Report Card,” urban charter school fourth graders scored just two points behind traditional urban students in both math and reading, despite being disadvantaged in higher percentages.

Far from failing to produce “any overall increase in student learning and growth,” when urban charter school students go head-to-head with students in their own cities, charter schools frequently, and significantly, outperform their traditional-school counterparts.

When the pandemic closed schools, for example, many charters were providing students with a full day of distance learning in under a week, while over the course of the shutdown, many traditional districts couldn’t locate all of their students, or teach them. New York City’s Success Academy, which has closed the minority achievement gap, took just three school days to open remote classrooms. Compare that to the Fairfax Public Schools, which admits its “disastrous” failure, for weeks, to launch distance learning for 189,000 students. While many charter schools responded to the pandemic like swift boats, many districts more resembled ocean liners.

Unfortunately, anti-charter bias crept into the “unity” task force recommendations. For example, the document proposes that federal aid for expanding quality charter schools be conditioned on district-led reviews of “whether the charter will systematically underserve the neediest students.” As a threshold issue, the demographics demonstrate that charter schools already welcome the “neediest.” Charters tend to bend over backward to create both high expectations and conditions to give students every opportunity for success.

This recommendation also creates a conflict of interest. Many school districts do not welcome competition for their students from charter schools. Charter schools already answer to, and can be shut down, by their authorizers. What’s more, it doesn’t make sense to give local school districts the ability to veto federal aid for charters.

Equally perplexing is the document’s call to “initiate a series of reforms regarding parent and community participation in charter governance, accountability and transparency.” Typically, parents must apply or enter a lottery to win a charter seat for their child. These parents already are strongly motivated to see that their kids get the best education possible. Most charters are organized as nonprofits with boards that frequently include parents.

At the NEA’s annual assembly on July 3, Biden declared, “You will never find in American history a president who is more teacher-centric than me.” Supporting teachers is good. But that doesn’t mean letting union leaders override the preferences of low-income minority parents seeking better schools for their kids.

The point of the “unity” task forces presumably is to unify the party behind its nominee. By ignoring the concerns and interests of many low-income and minority parents, this document falls short of that mark. Fortunately, there will be ample opportunities for course corrections once Biden is formally nominated and the general election campaign begins in the fall.

Editor's note: This was first published by The Hill.

Tressa Pankovits is associate director of the Reinventing America’s Schools Project at the Progressive Policy Institute.