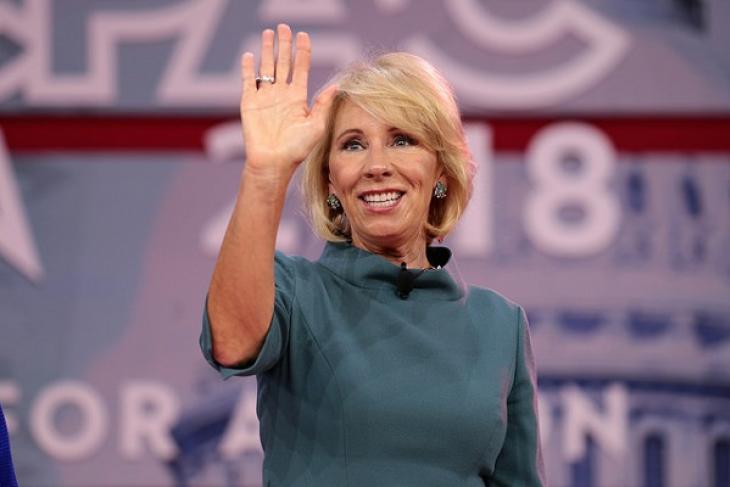 Yesterday, Texas became the thirty-fourth state (in addition to the District of Columbia and Puerto Rico) to receive approval for its plan under the Every Student Succeeds Act. The rubber-stamping of these documents has become so routine that even the education trade press doesn’t bother to write more than a few paragraphs about each occasion.

But as with everything about Texas, this approval is a big, big deal. That’s because buried inside Texas’s plan is a hidden treasure for charter schools, one that has the potential to significantly increase the amount of federal money going into charter startups and replications.

On pages thirty-one and thirty-two of its plan, Texas describes how it intends to spend its 7 percent Title I set-aside for school improvement. Note in particular the items that I’ve bolded for emphasis.

A portion of the seven percent set aside will be distributed to LEAs with comprehensive or targeted schools via a series of competitive grant programs. These grant programs will require the applicants submit their district- and campus-level improvement plans, which will outline the use of evidence-based strategies. TEA will give priority points to LEA applications that ensure the identified campuses have the operational flexibility necessary to successfully implement plans. These grants may incentivize the following types of school improvement and transformation actions:

• Restarting the school in partnership with a high-quality school management organization or converting it to a charter school;

• Redesigning the school, including replacing the school leadership team with a new team, implementing a new instructional model, or related activities aimed at better serving the needs of the students;

• Replicating an existing successful school model into an identified school, including as a charter school;

• Closing the identified school and consolidating the students into a higher performing or new school, whether charter or district managed;

• Building the instructional leadership capacity of school leadership teams to understand and implement evidence-based strategies such as data driven instruction;

• Building district capacity to analyze campus performance and make and execute strategic decisions about school improvement or transformation actions; or

• Grouping identified schools together in a zone or cluster and providing those schools with operational flexibility and additional school improvement supports.

What this means is that Texas can use its Title I resources to start new schools, rather than just work to turn around low-performing ones. Given the weak track record of turnarounds and the overwhelmingly positive results of urban charter schools, this makes a ton of sense. But some have argued that ESSA doesn’t allow the Title I set-aside to be used this way; Secretary DeVos and her team clearly disagree. And now that they gave the green light to Texas, any state in the country can follow suit.

The appropriations bill that President Trump signed last week provides $15.8 billion for Title I. Seven percent of $15.8 billion is $1.1 billion. To be sure, it’s highly unlikely that every state in the country would ever spend 100 percent of its Title I set-aside on new charter schools (especially states that don’t even allow charters). But might states spend up to $400 million of their set-aside funds on new charters? If so, given that the Charter Schools Program is now funded at $400 million, that would double the federal investment in these life-saving schools.

Thank you, Madame Secretary. And now, pro-charter governors, legislators, and state superintendents: Show us the money!