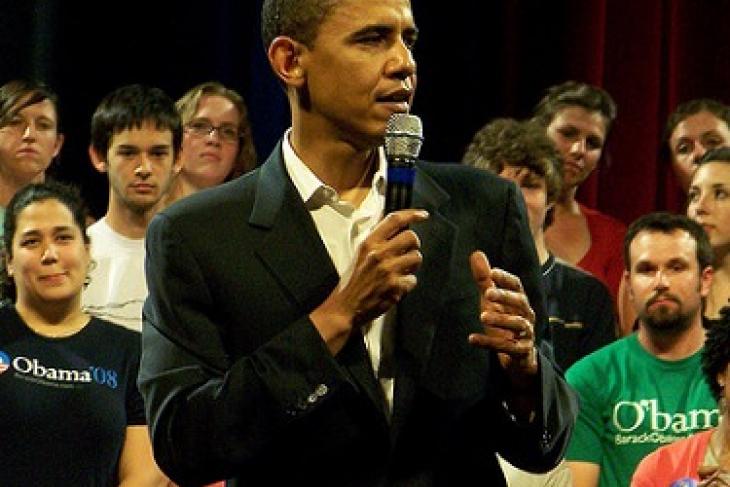 The president may have stiffed the French at the big solidarity rally that many other world leaders attended over the weekend, but when it comes to domestic policy, he is in love with the universe—and universality.

First, of course, came universal health care. But it was followed in short order by his plea for universal preschool education and, last week, for universal community-college education. All free, of course, at least for the consumer. (Not, obviously, for the taxpayer.)

In health care, there’s at least a rational basis for demanding universal insurance coverage: to apply the “savings” from healthy people who don’t need medical care to subsidize the care of those who need lots of it. (Social Security and Medicare run the same way, except their “do get” and “don’t get” populations are demarcated explicitly by age rather than health status.)

In education, though, the trade-offs tucked into universality are more insidious—and actually harmful to authentic “need lots” people, while conferring taxpayer-financed windfalls on the “don’t need” population.

Most American four-year-olds and many three-year-olds already take part in preschool of some kind, and a great many of their parents have figured out how to pay for it with the help of employers, local school systems, private philanthropy, and others. Many other little kids are satisfactorily looked after by family members and caregivers in their own homes. And lots of them enter kindergarten ready to succeed there. Children like these do not need a “universal” program. For their families, it’s just a windfall—which of course adds to its political appeal, but is not a necessary investment of federal (or in many cases state) dollars.

Worse, it portends too skimpy a preschool program for deeply disadvantaged toddlers who need a great deal of help, starting very young and continuing right up to the threshold of kindergarten and beyond. If they are to have better odds of succeeding in school, they need a lot of preschooling. They won’t get that under a universal program because no universal program can ever afford to do a lot for anyone in particular. (Don’t even get me cranked up again on the scandal of Head Start, an old and iconic federal program that’s well-targeted on needy little kids and spends a great deal of taxpayer money on them, but does not have academic standards, an organized preschool curriculum, or any real accountability for the results it delivers.)

Now Mr. Obama wants to add universal community-college access. This proposal recalls the old joke about the chef who has a lousy recipe for omelets and makes omelets that nobody wants to eat, but insists on adding a couple more eggs to the mix. The result is a larger but still inedible omelet.

It seems that we can’t fix our high schools, which already send hundreds of thousands of graduates into remedial courses at community (and other) colleges. But high school education is universal. So, says the leader of the free world, let’s add two more years of universal education and, somehow, opportunity will be enhanced and justice served.

This is nuts. Community colleges are the least expensive form of postsecondary education in the land, heavily subsidized by their states. (Dayton’s Sinclair Community College charges $6,400 tuition for a year of full-time study, versus $16,000 at nearby Wright State University—and twice that at the private University of Dayton.) Low-income students already qualify for Pell Grants, and scads of other community-college goers can swing it on their own, perhaps with a job on the side or help from parents, spouse, or employer.

Right now, fewer than one in five first-time, full-time students at two-year community colleges finish up within three years. More than 50 percent of them are placed in remedial classes when they arrive. The challenge isn’t access. It’s readiness—which is the precursor to successful completion of a degree or certificate from the community college. If you’re not prepared for college-level work when you arrive, the odds that you will succeed there are grim.

Much like preschool, the problem in need of solution is not the absence of universality. It’s the failure of existing schools and programs to do right by those who need the most help. And the push for universality, alluring as it is on the hustings and cherished as it is by President Obama, not only fails to solve the problem: It diverts resources and creates windfalls in ways that diminish the likelihood of ever solving the real problem.