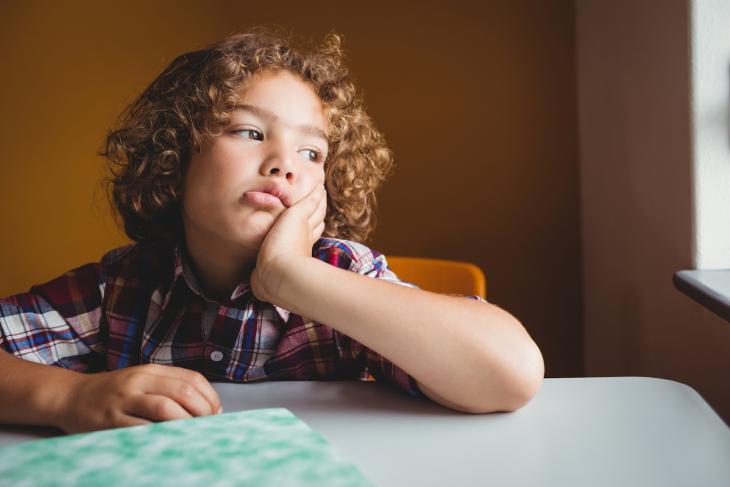 Having recently unburdened ourselves of seven large gobbets of advice for the champions of today’s surging interest in Social and Emotional Learning (SEL), we intend occasionally to point to developments that strike us as problematic or promising. Our goal isn’t to point fingers—though that can be kind of fun. It’s because we see a clear and present danger that SEL could go off the rails in any number of ways, and wind up compromising academic instruction or serving to advance ideological causes and agendas.

A disconcerting example emerged the other week from the very same enterprise that issued the “Nation at Hope” report in which we found much to applaud. The Aspen Institute’s “Education and Society” program, which housed the recently-sunsetted National Commission on Social, Emotional and Academic Development, issued in late March an “action guide for school leadership teams” seeking to implement the Commission’s recommendations.

Allow us to cite a few examples of where we sense that it’s straying not just from our own guidance but perhaps also from the path charted by the Commission itself.

We suggested that SEL advocates “Slow down and focus on getting it right.”

The “action agenda” nods toward the need to go about implementation in an orderly way, coupled with due diligence, but also seems to imply that schools can pull it off within a single year. As the “action guide” has it: “Align stakeholders around priorities in the fall to see that your team is ready to make resource-use decisions in early spring.” Given the uncertainty about what SEL entails, how best to go about it, and the challenges of helping schools and faculty alter deep-set routines and learn new strategies, the implied timeframe raises several yellow flags.

We suggested that enthusiasts should “Be clear about what SEL is and is not.”

Aspen’s new document urges the use of “instructional materials…that are inclusive of students’ identities, experience, and culture.” That’s no bad thing to do—until and unless this kind of inclusivity swamps standards-aligned learning of essential skills and content in core academic fields. And, given that discussions of identity today are suffused in ideology and politics, it’s not clear where this vague directive points.

We urged that “character and civic education loom large in the SEL portfolio.”

The “action agenda” is all but overwhelmed by talk of “equity implications,” declarations that “Social-Emotional Development Cannot Be Color-Blind,” and ruminations on “stereotype threat.” These are all points of view that have their proponents, but the language and examples tend to reflect a leftist ed-school sensibility—and display scant interest in the stuff of personal responsibility, self-control, or civic-mindedness.

We stated that “Making schools safer is an appealing facet of SEL, so long as the transcendent point is student safety, not adult agendas.”

The “action agenda,” again in evident pursuit of progressive ed-school nostrums regarding equity and social justice, declares that, “Biases are an inherent part of the human condition and strongly influenced by early socialization and pervasive stereotypes about race and gender… [S]chools must create affirming climates, mitigate implicit bias, and advance positive counter-narratives that support every young person in developing a healthy, integrated identity.” For all the Aspen Commission’s fastidious attention to the need to rely on research, these sentiments read to us more like sweeping, ideologically-tinged characterizations of society and human behavior.

As we observed just last week, the burgeoning SEL wave makes sense, given the innate appeal of helping students feel valued, value themselves and the work they do, and learn to better navigate their social environs. This can help cultivate happier and healthier kids, better students, and more prepared citizens. Whether SEL does any of this, however, is up in the air. As we wrote, “Social and emotional learning may become a durable pillar of American K–12 education. Or it may prove faddish, contentious, and evanescent. Which of those futures lies ahead depends in significant part on the choices made by supportive educators, advocates, policymakers, funders, and scholars in these early days of the SEL movement.” Bare months after its impressive initial report, Aspen has given us a less than reassuring sign.

Editor’s note: This post originally appeared in a slightly different form in Education Next.

Frederick Hess is director of education policy studies at AEI and an executive editor at Education Next.