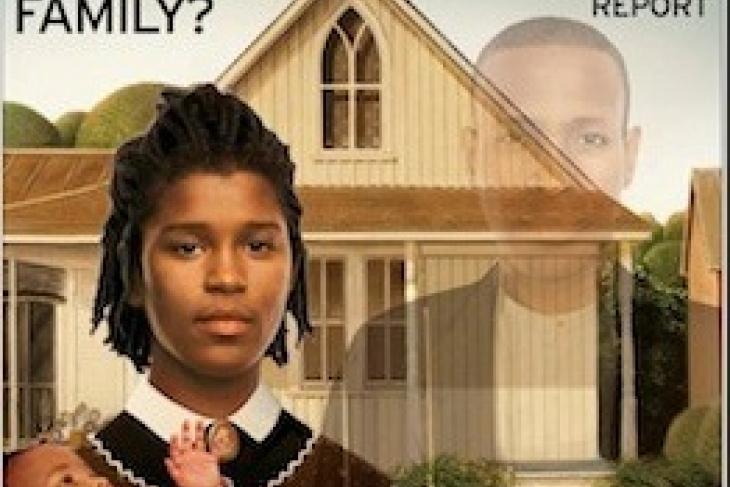 I remember reading an interview with a successful business leader once. It went something like this:

Reporter: What’s the secret of your success?

Reporter: How do you make good decisions?

Reporter: How did you get good judgment?

I bring this up because yesterday I made a bad decision. May it please lead me to better judgment in the future.

It started on Monday, when I sent a tweet to advertise tomorrow’s Fordham Institute/Hoover Institution/Education Next conference marking the fiftieth anniversary of the Moynihan Report:

This provoked a response from Chris Stewart, a.k.a. @citizenstewart, an African American education reformer. He and I went back and forth on whether the issue of single-parent families was a reasonable topic for discussion among education reformers—especially those of us who are not people of color.

I should have stopped there, and I’m sorry I didn’t.

But Tuesday morning, Education Next published its special Moynihan Report anniversary issue, along with the cover art.

I first saw the cover about a week ago, when a hard copy landed in my inbox. I knew right away that it would be controversial and wondered out loud to some friends and colleagues whether it crossed the line. (More on that another day.)

But I love to mix it up, so I went ahead and sent two ill-considered tweets:

Something tells me that @citizenstewart isn't going to like this @EducationNext cover design http://t.co/yJ2k7YxFt8 pic.twitter.com/fYiOQUI3Y9

Well, all hell broke loose. Chris Stewart responded in anger, but so did hundreds of others. A sampling:

I guess some people have nothing better to do than to negatively stereotype poor, black women. Really?!.@MichaelPetrilli @citizenstewart

@mitbot @MichaelPetrilli @nvlevy Yes. They went to that old, stodgy, outdated place that will set us all back decades. #EdBackwards

@MichaelPetrilli @alexanderrusso its lazy. black faces are never the image for an 'American Family' unless attached to a negative stereotype

Let me say without reservation or equivocation: I am sorry. I am sorry that I sent those tweets. I am particularly sorry that I sought to provoke a reaction with an image that I should have known was going to anger and hurt others. That was stupid and insensitive of me.

What struck me as an “interesting controversy” was, of course, to African Americans, something deeply personal and painful. Prejudice and stereotypes are not to be treated flippantly.

My mentor, Fordham’s founder and longtime president Checker Finn, said to me yesterday, “You know Mike, sometimes I think you ought to take ten seconds before you send a provocative tweet.” This from a man who embodied “The Education Gadfly” for most of the decades since his mentor, Daniel Patrick Moynihan, penned his famous report. It’s good advice. I plan to take it.