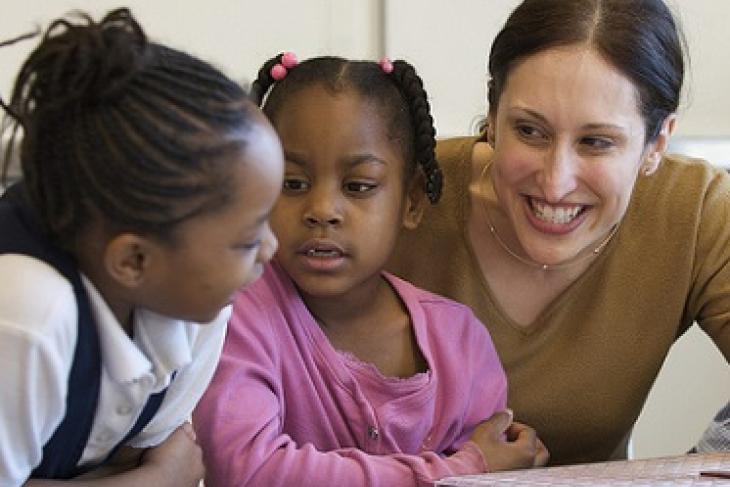 In a recent blog post, Jason Bedrick of the Cato Institute attributes the apparently troubling results of a recent study on Louisiana’s private school voucher program to the theory that “[r]egulations intended to guarantee quality might well have had the opposite effect. The high level of private school regulation appears to have driven away better schools.”

As the head of the regulatory agency for traditional public, charter public, and non-public schools in Louisiana, I think it’s important to discuss the facts behind the study, as they raise questions about the conclusions reached by both the researchers and Mr. Bedrick.

More important, however, is the larger implication I take from Mr. Bedrick’s thesis: that private school choice advocates in America, Mr. Bedrick among them, have failed to establish a coherent, prevailing belief system about the role of private schools in providing an education of measured quality, at scale, for the nation’s most disadvantaged youth. I’ll spend most of this post on that subject.

Mr. Bedrick is right that a study from the National Bureau of Economic Research showed very low performance among students in Louisiana’s voucher program compared to the performance of students not offered a voucher (who thus remained in a local public school).

Not highlighted in the post is that the study is based on one year’s data—and that the researchers were offered two additional years of results, but turned them down because of urgency to meet their own deadlines for publishing.

Because of the study’s design, the research within this one year’s data only included students in their first year enrolled in the state’s voucher program.

In fact, the legislation enabling most of these students and their schools to participate passed only three months before schools opened their doors that summer. The regulations establishing an accountability system for these schools passed less than one month before the school year started. So these schools (a) had never worked with these students before and (b) had never been accountable for state test results before.

Finally, Louisiana operates a separate tuition donation rebate program for schools that seek less regulation. This was not discussed in the study or the subsequent blog post.

So Mr. Bedrick draws sweeping conclusions about overregulation of private schools in Louisiana based on a one-year study of schools that had typically not participated in a voucher program before—and that, furthermore, had only discovered at the last minute they were participating at all. He further fails to mention that Louisiana has implemented a sizable program with a regulatory scheme more akin to the type he values.

I certainly agree that the results of the expanded Louisiana scholarship program in its first year showed real challenges. Research from the second year will likely show improvement, but it will also show continued difficulties. That’s not unlike the results achieved by most school systems in their first years implementing accountability systems. This is why we shouldn’t categorically evaluate a statewide reform based solely on its initial year of operation, and why policy wonks should read the fine print of the studies they cite.

Indeed, performance among the students in Louisiana’s voucher program (most of whom, by law, previously attended struggling public schools) has improved in the time since 2013, the year cited by both the study and Mr. Bedrick. In 2013, 41 percent of participating students achieved “basic” proficiency on state tests in reading and math. That improved to 47 percent this year. More notable, the gap in basic proficiency between participating private schools and public schools statewide has closed from twenty-seven percentage points in 2013 to eighteen points in 2015. Were Louisiana’s private school voucher program considered a school system for purposes of analysis, it would have ranked ninth out of seventy-one systems across the state in 2015 for annual performance improvement. All told, the results are not yet strong, but they are improving at a steady pace.

Those three years of steady improvement in measurable performance and private school access, predominantly for students previously attending struggling schools, would not have been possible without a regulatory model that seeks measurable quality, at scale, for underserved students.

Schools in Louisiana accepting large numbers of vouchers, which are worth up to the equivalent of the state’s per capita public school funding, must admit all students assigned to their schools. (Eligible students in grades 1–12 must have previously attended a struggling public school.) These schools administer the state test and receive a rating derived through the same formula that scores public schools. In turn, that score allows for continued participation or discontinuation in the program.

Schools taking a smaller number of vouchers also accept all students and administer the state test, but do not have a calculated performance rating.

Moreover, schools wishing to admit students selectively rather than accepting all comers may participate in a donation rebate program that generates less revenue than vouchers while also involving less regulation and less interaction with the state.

This sliding scale of regulatory involvement allows for all qualified private schools to access public funding and expands private school access for low-income Louisiana families. At the same time, it prevents obviously incompetent, financially ambitious school operators from maintaining a large number of publicly funded enrollments. Over time, competent private schools have grown their base of public funding while patently low-grade schools have shrunk or been ushered out of the choice programs. Louisiana has thus achieved an unfortunately rare thing: a comprehensive policy framework for achieving public-funded private schooling for the most disadvantaged students.

I would argue an additional point. Mr. Bedrick’s theory, emblematic of a prominent anti-regulatory line of thinking among private school choice advocates, is further evidence that the school choice policy, advocacy, and philanthropy community cannot boast a coherent theory as to how publicly funded private K–12 education can carry out its mission.

Take Mr. Bedrick’s central thesis that in Louisiana, “[t]he high level of private school regulation appears to have driven away better schools while attracting primarily lower-performing schools with declining enrollments that were desperate for more funding.” The implication is that with no government requirement for open admissions or standard measurement, historically higher-performing private schools would expand access to students eligible for vouchers. As previously noted, Louisiana has developed a less financially lucrative and less regulated tuition rebate program that has attracted many of the highly regarded schools to which Mr. Bedrick alludes. But as it regards the more heavily funded voucher program, he is right: More of the state’s most elite private schools would no doubt have a greater incentive to accept vouchers were they able to choose every student and the means by which school quality was measured.

But for those concerned with scale, quality, and access for underprivileged students, that theory of school choice expansion and quality doesn’t account for the fact that elite institutions tend to set a high bar for admissions and a low bar for measurement when left to their own devices. Especially among elites, markets alone have proven unlikely to stimulate a systemic interest in serving large numbers of students with disabilities, English language needs, and the direst manifestations of multigenerational poverty.

In less elite schools, markets alone have not driven an ambition for higher standards and more transparent measurement over the desire for expanded budgets and enrollments. Whatever one thinks of standardized tests, it is hard to argue that fragmenting or complicating academic measurement will aid parents whose children attend less elite schools that don’t have top-notch college lists to validate institutional quality.

So Mr. Bedrick’s theory is fine for those students without significant disabilities, hailing from stable households, availed of transportation, with parents on the lookout for college lists that signify, “This is a better school.” But if you want to address the real-world scenario, one in which millions of underserved youth don’t meet those descriptions and don’t have a high-quality school available, it’s time for school choice advocates to dispense with ideology, engage regulators, and get serious about a policy environment that promotes measurable quality, scale, and access.

A pragmatic discussion of the issue would start by defining what private school choice programs are trying to accomplish in the first place. Are advocates concerned about scale? How important for American families is validated and transparent measurement? Should the programs be principally focused on the disadvantaged students that so often are the source of advocates’ moral authority?

If the answer to those questions is yes, a serious conversation about strategy will cover not just how to create incentives for elite schools to access public funding but also how to assist private schools of all types in building the academic capacity to serve students of all backgrounds. It would not accept a trade-off between open-enrollment schools largely dependent on public funding and selective schools with no need for public funds; it would stimulate enrollment in both. It would address the need for new school management organizations that innovate and grow the number of available seats. And it would involve the thorny issue of measuring school quality and communicating meaningful results to the millions of parents whose dream it is go to see their children graduate from college—but whose faith in institutions to honestly report their children’s progress toward that dream has been too often betrayed.

The release of this one-year study and the resulting blog post combined the worst elements of the policy world: an avaricious approach to research and a dogmatic approach to punditry. But it has recalled for me the great value of my own thirteen years of religious schooling, my fervent hope that the kind of experience I had can be made more available to America’s underserved children, and my pride at our state’s gradual effort to solve the problems of scale, quality, and access in public and private schools alike. I say this as one of the few government administrators openly interested in the rights of low-income families to access non-governmental schools: Absent better systemic answers than those offered by ideologues, publicly funded private school choice for all children will continue to be more of a factor in legislative debates and scholarly conferences than in the homes and neighborhoods of America’s youth.

Louisiana Superintendent of Education
Thank you for signing up!
Please check your email to confirm the subscription. 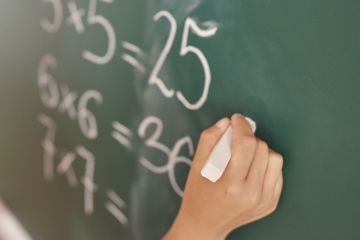