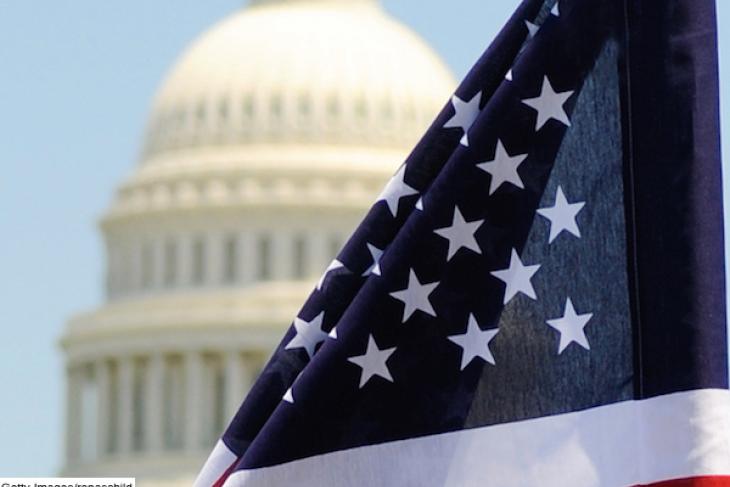 Congress is in recess this week, but when it returns, it is likely that a resolution to rescind the final Every Student Succeeds Act (ESSA) regulations for accountability, data, and consolidated state plans, using the Congressional Review Act (CRA), will be introduced—a resolution that’s already cleared the House and that is supported by the Trump Administration. But unlike the usual process an agency follows to repeal regulations, after a CRA resolution the Department will be prohibited from issuing (without congressional approval) any set of regulations that are substantially the same.

Brandon Wright and others have already weighed in on some of the implications of this move, and how it could hamper efforts to implement the new law and states’ ability to meaningfully use ESSA to innovate and adopt novel approaches to school accountability and improvement. Rather than provide states and districts with more control over their accountability and improvement systems, as Congress intends, the side effects of the CRA can actually impinge on these efforts.

Certain aspects of the final regulations—the debate over the School Quality or Student Success indicator, or whether states must produce a summative rating—are well understood and have been thoroughly debated over the past year. What is not well understood, it appears, is the non-headline-generating, but just as important, role the regulations played in two key areas.

First, the regulations codify additional flexibilities that ESSA alone does not provide to states. In these areas, the regulations clearly signal that certain approaches are okay, giving state education agencies (that are often compliance-oriented) the green light to adopt them and a clear hook to use with stakeholders and state leaders, who may be skeptical of whether a strategy is permitted. For example, the final regulations give states more flexibility around using achievement indices, rather than a simple “percent proficient” metric, and permit states to use multiple years of data and average them over time for accountability decisions. These flexibilities cannot be found in the statutory text, and in the absence of regulations, states may default back to the status quo and take the less risky path by hewing closely to the statute, rather than pushing for more creative solutions that work better in their local contexts. Furthermore, in some cases the regulations were needed to provide for a smooth transition for states and a logical implementation path. Delaying the timeline for identification, for instance, recognized that states were not prepared to meet the statutory deadline of 2017–18 for implementing their new identification and school improvement systems, just as the regulations clarified when each subsequent piece (including new data reporting) of the law kick in. These examples, and the list below, provide just a sample of how the regulations serve to provide states and districts with more options for ESSA implementation—options that are less clear after a CRA repeal.

20 flexibilities added through regulation where ESSA is silent

In addition to providing states more flexibility than the statute alone, the regulations both promote consistency and clarity across states and provide public transparency in the development and implementation of ESSA locally. Few would argue that there is no need for common definitions regarding how to report high school graduation rates—a consensus that’s been in place since the 2008 adjusted cohort graduation rate rules were first issued. ESSA codified much of the 2008 rules, but also expanded on them by providing a way for students with the most significant cognitive disabilities who graduate with alternate diplomas to be counted in the four-year rate, even if it takes longer for them to complete high school, requiring more disaggregated graduation rate reporting. Thus, the final ESSA regulations update the existing rules to ensure that these newly added ESSA provisions would be implemented in a common way. If the CRA resolution succeeds, the new graducation rate reporting requirements would be eliminated, eroding the reliability and uniformity of these data and creating a disconnect between the statute and the regulations (the outdated 2008 rules would remain in place).

The final ESSA regulations, not the statute, also ensured that parents would be fully informed about the performance of their school—requiring district report cards to include whether schools were identified for support and improvement, setting the expectation that parents are directly notified if their child attends an identified school, and ensuring that there is meaningful engagement from parents and the community in developing not just the state ESSA plan, but also school improvement plans. With school choice likely to be a big focus of the new Administration’s education agenda, these efforts will be undermined if parents lack the basic information they need to make an informed choice about other options, which the regulations provide.

While it can be easy to argue that uniform rules are always burdensome for states, these, and the examples below, demonstrate areas where the ambiguity in the statute present a compelling case for the Department to provide more specificity. The regulations enhance transparency for parents and families, safeguard vulnerable populations of students, and ensure that the accountability and reporting systems required by ESSA promote clarity, rather than chaos and confusion.

20 rules providing consistency, transparency, or clarity that would be lost

The CRA isn’t just some bureaucratic exercise. It has real consequences, and they are far-reaching—implicating not only the process for states to submit their ESSA plans in the short-term, but also their long-term ability to use ESSA as a powerful lever for change by eliminating key flexibilities and leaving a murkier understanding of what the law requires among state leaders and critical stakeholders.

If congressional Republicans and members of the Administration feel that some policies in the regulations go too far in limiting state authority, that’s fair, and they have tools at their disposal to change those policies, such as issuing non-regulatory guidance or re-regulating under the standard notice-and-comment process. But knocking out the final rule in full and handcuffing the Department of Education from regulating in the future is ill-advised if the goal is to let states lead. On net, the regulations do more to empower states, local communities, and parents and clarify what’s possible under the law than they do to limit them. Case in point: The wide range of approaches proposed in the many draft ESSA plans currently circulating. States can only take advantage of ESSA’s opportunities if they know how to—and rescinding the regulations takes away one of the most powerful ways they can learn.

Anne Hyslop served as a Senior Policy Advisor at the U.S. Department of Education in the Obama Administration, and is now a Senior Associate for Policy and Advocacy at Chiefs for Change.

Anne Hyslop provided this commentary as an independent author. This post does not represent the official policy positions of Chiefs for Change or its members.