2020 is practically around the corner 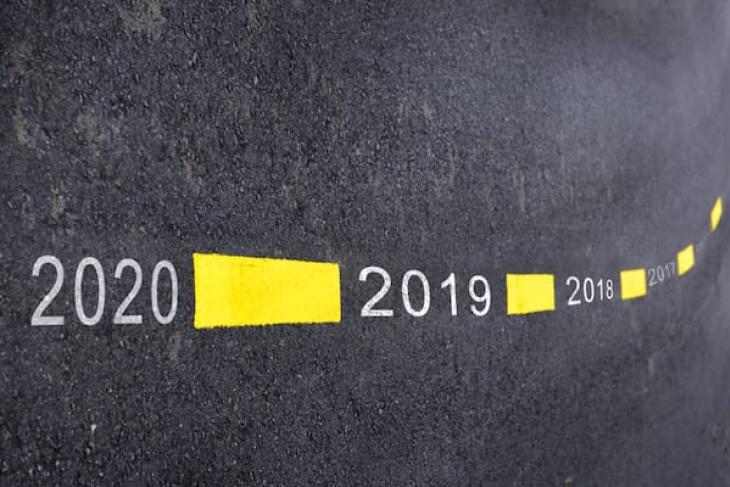 No, this has naught to do with the next election. It’s about an immediate target here at Fordham: to generate and publish some fresh thinking, mostly from prominent conservatives and other sensible folk, about the future direction of American education. We call it Education 20/20, and it got off to an awesome start in the final third of 2018 with a line-up of seven superb thinker/writer/speakers.

All of their talks and subsequent discussions at Hoover’s lovely D.C. conference facility are available online and will in time be readable, as well. And the New Year will usher in six more events with a dozen stellar speakers, to be followed, in 2020, with a book and much more.

Allow me now, about a third of the way through this ambitious project, to recap some of what we’ve learned so far—and to suggest why you, too, may want to take this unfolding project seriously, not only because of the accumulated acumen and articulateness of this all-star cast, but also because of the reminder it supplies that smart, right-of-center folks—we sought the kind who don’t do ed policy every day—are eager to think anew about important and perplexing challenges.

The courageous Heather Mac Donald launched us in September with trenchant insights on the timely challenge of school discipline. As we await movement from the Trump/DeVos team on this issue, Heather reminds us that “desanctioning” unruly behavior in schools (as elsewhere) invites more of it and ultimately harms the perpetrators even more than the apparent victims. We’ve got the “school to prison pipeline” reversed, she says. Left unchecked, the lack of self-control that causes kids to act out in school is exactly what later lands them in the criminal justice system. It does nobody a favor to let bad deeds go unpunished.

Kay went after the softness of American parenting and how this rests on both misguided psychology and misunderstood sociology. Our penchant to encourage self-expression among the very young may ready them for classrooms that abound with endless choices and seek to foster creativity in all, but that leads us—and our kids—into a “cultural contradiction” as they grow up ill-prepared to get to work on time, accept bosses’ directions, and work civilly with others. Latter-day efforts to inculcate “soft skills” in school does little to solve the problem, while distracting teachers from the “hard skills” that are the main reason to attend school in the first place.

Acclaimed demographer Eberstadt challenged the assumption that millions of today’s men are outside the workforce (and the unemployment statistics) primarily because they are ill-educated—and the further assumption that beefing up education will solve that problem. No, he said. America’s distressing increase in the non-labor-force portion of the male population is attributable in large part to deteriorating families (cue Ian Rowe, below), rising welfare benefits (especially disability), and “institutional effects,” notably the after-effects of mass incarceration. Yes, Nick said, it’s important to improve the K–12 system, boost career and technical education, and get serious about work-training (and re-training) for adults. But we oughtn’t expect miracles.

Last month, we were joined by Naomi Schaefer Riley (also AEI) and Jonah Goldberg, (AEI and National Review). After giving due credit to school choice for boosting the education and life prospects of many disadvantaged youngsters, Naomi dug into what else is required if the very neediest kids—those in foster care and otherwise without viable parents of their own—are to be successfully educated and helped to grow into well-functioning members of society. Some of them need residential schools and other kinds of schools that pay attention to their character, emotional well-being, and personal behavior, as well as help in making choices and following up on them. How to make this work without succumbing to nanny-statism is no small challenge. Stand by for more on this from Naomi.

Jonah tackled the combined problem of ill-taught, ideologically slanted, and misunderstood history, woeful civic education, and the panoply of factors associated with deteriorating civil society and civic mindedness. “Reclaiming the American story”—warts and all, yes, but also replete with heroes, principles, and triumphs—would go a long way to rectifying the latter. “A decent, patriotic, and most importantly, honest educational system would not shy away from the sins of the past. But it would teach these sins to imbue and equip students—i.e., future citizens—that while there is always more work to do in pursuit of our ideas, those ideals are the very source of our progress and prosperity.”

Our post-Thanksgiving treat was a doubleheader with Ian Rowe of the Public Prep charter network and Michael Barone of the Washington Examiner, AEI, and decades of leadership of the Almanac of American Politics.

Ian provoked the crowd—and conventional thinking—by suggesting that the structure of the families in which children grow up, particularly the presence or absence of two married parents, has a huge impact on kids’ achievement, yet our many ways of slicing and dicing achievement data are essentially oblivious to it. He wants to see this changed—and goes on to suggest that some of the effects and correlations that we commonly associate with race or socioeconomic status may turn out to be better explained by one’s family situation. He suspects that careful attention to these relationships would lead to fresh thinking about possible interventions and alternative strategies for addressing lackluster learning.

Michael Barone furnished a bracing, erudite, and concise informal history of gifted education in the United States, how it has sometimes ebbed and surged with compelling national need, and how it faces such persistent obstacles as allegations of elitism and “they’ll do fine anyway.” Wary of hyper-centralization—and the accompanying politicization—of such issues, he ended on a cautiously optimistic note, owing to the spread of choices and freedoms in education that place more diverse offerings on the table and make it easier to match students’ needs and talents to schools that will do right by them.

We, too, end 2018 on a cautiously optimistic note, both for this great project and its terrific contributors, with so much more to come, commencing January 9 when Mona Charen and Ramesh Ponnuru take the stage—and for the privilege of living in a country that, for all its blemishes, unsolved problems, and present-day angst, enters the future with a great deal going for it and its fortunate inhabitants.