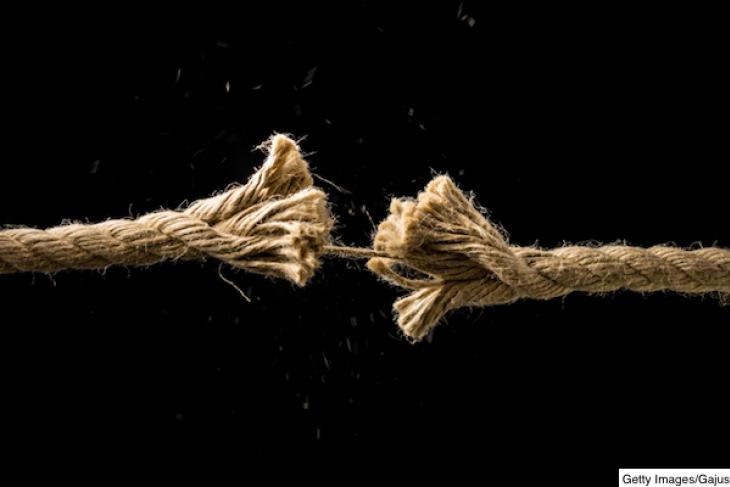 It’s become a cliché to say “good riddance to 2016,” what with its nasty presidential campaign, tragic world events, and general ill feelings of strife and conflict, here and abroad. Don’t let the door hit you on the way out, Father Time!

Before we close the books on this vexed year, however, it’s important to pause and begin to understand how we got to this place, if only to help us truly leave it behind. Education, as always, has a key role to play. (More on that in a bit.)

“This place” is an America where many of our fellow citizens and communities are hurting badly, and feel little hope for the future. This pain is particularly acute among the white working class, in vast stretches of the deindustrialized heartland. The election returns made that clear, but it can also be measured in shortened life expectancy, the burgeoning opioid epidemic, faltering civic institutions, and much more. As many have pointed out, the suffering endured by Donald Trump’s political base is hardly foreign to other members of our polity—many African Americans, especially—who have long dealt with social and economic challenges in their neighborhoods. But its depth and breadth feel new and more than a little sobering.

At the same time, some of us are living better than ever. Fueled by strong educations, stable families, helpful social networks, and opportunities afforded by a growing global market, the American upper middle class is bigger, wealthier, and healthier than at any time in history. It’s also more diverse and freer than before, thanks to movements that have brought more blacks, immigrants, women, gays, people with disabilities, and others into the economic and social mainstream.

Scholars across the ideological spectrum have spent the last few years trying to explain how these “two Americas” came to be. Charles Murray (in Coming Apart), Robert Putnam (Our Kids), Yuval Levin (The Fractured Republic), and J.D. Vance (Hillbilly Elegy) all point to the double-whammy of economic and social fragmentation. Levin, in particular, underscores the contrast between now and the 1950s when the boomers were in school. American industry dominated the globe; strong labor leaders and CEOs hammered out deals that allowed for shared prosperity. The trauma of the Great Depression was in the past, and the euphoria of winning the Second World War and the very real threats posed by the Cold War yielded feelings of national solidarity and patriotism. Families were strong. Churches were well-attended. The future looked bright.

To be sure, that narrative leaves out important details. Many Americans were constrained by laws (Jim Crow) or mores (anti-gay sentiment, limited opportunities for women). But more importantly, the Golden Age couldn’t last. It was inevitable that economic competitors would rise from the ashes of the hot war and challenge our domination. Eventually—by the 1980s—that led to the imperative to make American industry more competitive, dynamic, and efficient—which was good for growth but bad for low-skilled workers. We were, by 1983, “a nation at risk.”  Meanwhile, the civil rights movement and its progeny led to greater social conflict (it wasn’t called a “struggle” for nothing). And the liberation of women from the home led to massive changes in the workforce while also upending traditional family life.

A reinvigorated economy together with greater freedom for many have showered fortune on the well-educated. But for the Other America, it’s been disastrous, accompanied by spreading unemployment, flat wages, social breakdown, and, in many places, despair. Not only does the upper middle class have more money than everyone else, it also has more stable families, stronger civic institutions, and healthier habits—all of which it passes down to its children in the form of social capital, making the gaps bigger still. The working class, meanwhile, struggles to make ends meet with low-paid service-sector jobs, in communities where lasting marriages are rare and drug abuse is rampant. Is it any surprise that Raj Chetty and his colleagues recently found upward mobility to be waning?

Still and all, America’s “coming apart” has been in the works for decades. So what explains 2016? Not just the victory of Donald Trump, but also the social conflict that we’ve lived through? Why now?

People are angry—about the state of affairs described above, but also about the incompetence of our national leaders, first in invading Iraq (and making the Middle East even more of a mess), and then in enabling the financial crisis of 2007–08 (paving the way for the worst downturn in 70 years). We were still in the middle of national crises in 2004 (Iraq) and 2008 (the Great Recession), but as these receded in recent years, and as it became clear that no one would be held accountable for these calamities, the fuse was set. And, ironically, today’s relative peace and prosperity made it feel safe enough to indulge in a national temper tantrum.

Technology is a factor, too. For all of its limitless potential, social media served to exaggerate and deepen our conflicts—both by keeping us in our own echo chambers and by encouraging hasty, vicious, often anonymous acrimony across political, racial, and other lines. But that’s not all. The ubiquity of smart phones is another development we’ve yet to wrestle with. It’s impossible to imagine the Black Lives Matter movement without the smartphone videos that turned tragic shootings into emotional calls to action. Those of us in the center or on the right could try—as Heather Mac Donald did in a recent book—to explain that the data indicate that police shootings are extremely rare, and that the overwhelming majority of cops do their jobs well. But a video is worth a thousand think pieces.

It’s well known that educational attainment is the new dividing line in America’s politics, as well as in social class. Those with a college degree or higher have, on the whole, prospered. Those without one have, for the most part, not. What’s less clear is whether it’s education itself that sets the contours of our divided country. Nothing magical happens on those campuses. It’s likely that a college education is simply a marker—of people who were lucky to be born into relative affluence and the stable homes that generally accompany it; of individuals with the “soft skills” that allow them to persevere in their educations, but also—when they’re so disposed—in their jobs, even in their marriages.

Had we chosen a while back, like Singapore and Switzerland and many other places, to build a high-quality career and technical education system, more people without college degrees—yet with marketable skills—would also have prospered. It’s hard not to look at Germany, for instance, with its systemic approach to technical education, its robust manufacturing base, and (so far at least) greater social cohesion, and think that perhaps our “bachelor degree or bust” strategy was a big mistake. The number of bachelor degrees has increased a bit, but the size of the “bust” is much, much larger.

In the same vein, what if we had raised academic standards a generation earlier, and persuaded educators, parents, and students alike that harder work would lead to greater opportunities and a better America? What if we had shown the same willingness to demand high expectations every day in the classroom as we do every week on the athletic field?

So here we are, in a divided America, and with a divisive President-elect, to usher us into the New Year. It’s hard to find a lot of holiday cheer right at the moment. But here’s one happy thought: What if we’ve reached a nadir? What if 2017 will begin the process of coming back together again? In January, I’ll return with some ideas on how education—and education reform—can be a big part of that essential revival.