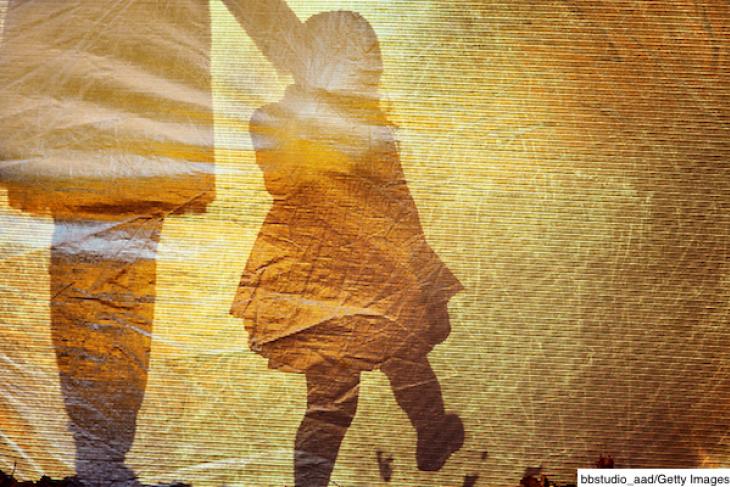 When I was a Senior Vice President at MTV, my job was to lead the network's efforts to use its “superpowers for good.” This meant to leverage the globe’s (then) most powerful youth media brand to mobilize tens of millions of young people to take action on the issues of most importance to their generation. We frequently debated whether our campaigns—like encouraging young adults to have safe sex—were actually helping them make better decisions or were normalizing bad behaviors. I concluded that the answer was both.

Now that I have spent seven years running Public Prep, a New York City-based network of single-gender public charter schools, I have an even greater appreciation for how a culture that divorces childbearing from marriage can shape young people's attitudes regarding family formation, and why the education reform movement must play a role in combating that culture.

16 and Pregnant, Teen Mom, and 30 Something Grandma are an actual trilogy of television shows, capturing the dysfunctional cycle of young women who get pregnant, become unprepared parents too early, typically get abandoned or under-supported by their equally unready male counterparts, and then witness their young children repeat the behavior less than twenty years later. What's amazing about these shows is the racial diversity. Black, Hispanic, and white girls are all represented, underscoring that widespread fatherlessness and the explosion in out-of-wedlock births are now their own equal opportunity tsunami, leaving children of black, brown, and increasingly white single mothers in its destructive wake.

When Democratic Senator Pat Moynihan issued his now famous report The Negro Family: The Case For National Action in 1965, he warned that “at the heart of the deterioration of the fabric of Negro society is the deterioration of the Negro family.” Moynihan acknowledged that the root of family disintegration then was our nation’s legacy of slavery and institutional racism; but cautioned that the disintegration of the family itself was powerful enough alone to grow even without those external forces. “Three centuries of injustice have brought about deep-seated structural distortions in the life of the Negro American. At this point, the present tangle of pathology is capable of perpetuating itself without assistance from the white world,” Moynihan wrote more than fifty years ago.

In 1965, when racism was more pervasive than it is today, Moynihan sounded the alarm that 23 percent of all black babies were born out-of-wedlock. Since that time, more than 70 million Americans twice elected a black President and the 115th Congress will be the most racially diverse in history with record numbers of Hispanics, African-Americans, Asian-Americans, and women of color serving in the next legislative session. Despite this racial progress, according to the 2017 National Vital Statistics Report, the out-of-wedlock birth rate in the black community is now 71 percent, a tripling of this woeful trend.

The white community has seen its own out-of-wedlock birth rate climb from 5 percent in 1965 to nearly 30 percent today, exceeding the 23 percent crisis levels Moynihan thought were catastrophic five decades ago. Hispanics have seen their out-of-wedlock rate balloon to 53 percent.

Because percentages often mask the magnitude of the problem, in raw numbers, the Centers for Disease Control reports that in 2015, there were 1.1 million babies born to women aged twenty-four and under. This is made up of 232,000 births to teenage girls aged thirteen through nineteen, and 851,000 births to young women aged twenty to twenty-four. While the teen birth rate in the U.S. is at a record low due to the great work of organizations like the National Campaign to Prevent Teen and Unplanned Pregnancy, it is important to note that of women aged twenty to twenty-four, nearly 50 percent (419,000) of the births were to women who were having at least their second through eighth child.

Regarding out-of-wedlock births, in 2015, 767,000 babies of all races were born to unmarried young women aged thirteen through twenty-four. The implications of children, barely adults themselves, raising children is irrefutable. While there are always exceptions, young mothers and children in single-mother families are five times as likely to be poor as those in two-parent families.

No society can endure such a complete breakdown of its family structure without experiencing devastating social consequences. And no one should understand these consequences more than principals and teachers who see children in our classrooms everyday who are victimized by family instability. These issues are intertwined and complex, and cannot be explained by a single factor.

Yet rarely do education leaders and researchers admit openly that a primary root cause of the challenges our schools face to achieve student learning is the wholesale collapse of the families of the children we seek to educate. Our collective silence is capitulation. It's as if we assume that rampant out-of-wedlock birth rates are inevitable in the neighborhoods we serve. Or that we can't talk about it because that would further stereotype already marginalized populations. Or that we cannot risk blaming the victim by suggesting the pain felt in our communities is self-inflicted by poor choices rather than the result of only poverty or racism. Whatever the reasons, simply not talking about a problem does not make it go away.

When nearly 800,000 babies are born each year—by choice or chance—to unwed, unprepared and usually poorly educated young women under the age of twenty-four, it's time for a new conversation and call to action.

In order to confront the enemy, step one is to have the courage to actually name it.

For example, the Preventing Missed Opportunity report detailed that more than 6.5 million students missed three or more weeks of school in 2013–14. Children can't benefit from a curriculum or great teaching if they aren't there to experience it. Half of the nearly 7 million students were enrolled at just 4 percent of the nation’s school districts, with a concentration in largely low-income communities. The cause? The report details that the places with the highest rates of chronic absenteeism have experienced “inter-generational poverty, residential segregation, substandard housing, exposure to industrial and automotive pollutants—both of which drive higher rates of asthma—limited health and dental care, food insecurity, evictions and greater exposure to violence.” Certainly these forces have some degree of causality.

But note that there is no explicit mention of how skyrocketing rates of out-of-wedlock births, or how the time and life demands of stressed single parents, could significantly and adversely affect student attendance. More than half of chronically absent students are in elementary or middle school. This isn't surprising, particularly in the early grades when a child’s ability to arrive at school on time or at all is 100 percent dependent on the stability of the adults in their lives.

As another example, take two important new reports recently released to improve the lives of boys and young men of color in New York and California: (1) My Brother’s Keeper Guidance Document: Emerging Practices for Schools and Communities; and (2) The counter narrative: Reframing success of high achieving Black and Latino males in Los Angeles County.

Both reports present evidence-based strategies currently being implemented in schools across the country, like mentoring and recruitment of racial/ethnic minority teachers, which have shown some promise to improve academic outcomes for young men. The counter narrative report takes a particularly refreshing approach in highlighting “young men who are the products of high expectations...and who are thriving in their homes, taking on leadership roles in their schools, and making a difference in their communities.”

Both reports present extensive data that show “boys of color are conspicuously overrepresented on most indicators associated with risk and academic failure.” The question is why.

Excerpts from each report cite that “boys of color experience variations of discrimination, community violence, limited academic opportunities, trauma, poverty, family distress, and social stigma” or that black and brown young men “have a host of accumulated disadvantages brought about through structural inequality, historical exclusion of certain groups, poverty, racism, sexism, and a host of other social toxins.”

While these symptoms are familiar and often repeated, the 200-page My Brother’s Keeper Guidance Document never mentions the stratospheric rise in non-marital birth rates, despite the overwhelming research of the negative impact of fatherlessness on children, especially boys.

To its credit, The counter narrative does address the issue of households with absent fathers:

While a narrative has emerged where large numbers of children of color grow up in fatherless homes, this data demonstrates that although fathers were not always present in the home, there were other men who played prominent roles; uncles, grandfathers, cousins, and older brothers were mentioned often. This is important to note because much has been made about the tragedies of Black and Latino males who do not have positive male role models in their lives. While some might view the absence of fathers as a de?cit, to be clear, many of the participants stressed that there were still important men in their lives.

Ironically, this admission underscores the importance of having two parents by celebrating the resiliency of successful boys with absent fathers who were lucky enough to have another positive male figure to step in.

In 1965, Moynihan’s report concluded that “at the center of the tangle of pathology is the weakness of the family structure. Once or twice removed, it will be found to be the principal source of most of the aberrant, inadequate, or antisocial behavior that did not establish, but now serves to perpetuate the cycle of poverty and deprivation.” While Moynihan wrote these prescient words with the black community in mind, they now apply to American children of all races whose families are in despair. We in the education reform community can't achieve the outcomes we seek unless we confront this reality.

We can't control the decisions the parents of our students have made. But it is within our control to influence the family structure for the next generation because we decide what we teach children today about family formation and the likely paths toward life fulfillment. Phrases like “Who’s your daddy?” do not need to be commonplace in the communities we serve. It does not have to be this way.

I hope to mobilize the education reform community to wage a new campaign—an unapologetic, tough-minded, pro-stable family agenda that recognizes that strong, supportive families can take many forms. They can be created through traditional or gay marriage, open infant adoption, or first-time, older mothers who are generally more educated and better able to raise children well.

Please join me in this effort. Share your ideas. Our country, and the future of its children, depends upon our ability to summon the collective strength and courage to speak these truths.