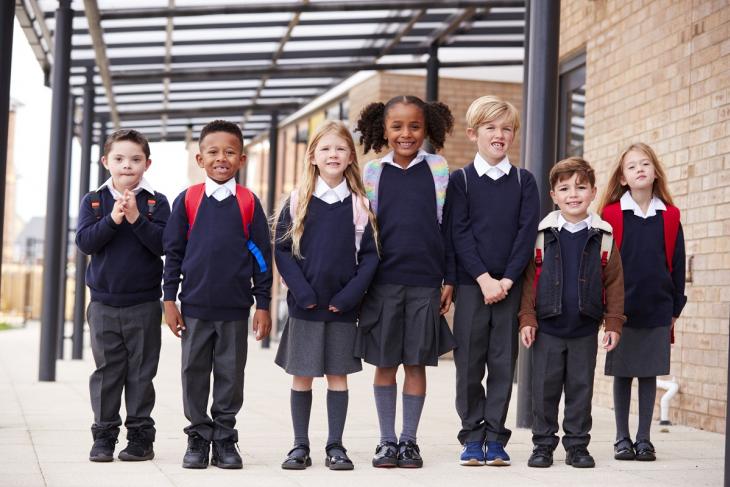 Since 2005, Ohio’s Educational Choice Scholarship Program, or EdChoice, has allowed tens of thousands of students to attend private schools via a state-funded scholarship in the form of a voucher. From the program’s inception, students could qualify for a scholarship because they were assigned to attend a low-performing school. Ohio also launched an income-based voucher in 2013, and has added a new grade level of eligibility each year. By 2020, low-income students in grades K–7—regardless of their assigned school—would have been eligible for a voucher.

Every year, the Ohio Department Education releases a list of which public schools are designated as EdChoice (i.e., low performing) schools. The criteria for how a school is placed on the list are outlined by state law and require the use of three years of school report grades. These criteria are supposed to be cut and dry, but over the last few years, things have gotten more complicated. That’s because, back in 2016, state lawmakers introduced a safe harbor policy intended to protect students, teachers, and schools from accountability sanctions during Ohio’s transition to new and more rigorous state assessments.

State report cards for the 2018–19 school year were released this fall, and a new list of EdChoice-designated schools was published not long after. Because of the safe harbor policy, the schools were identified based on data from the 2013–14, 2017–18, and 2018–19 school years.

Compared to last year’s list, the new list is…well, huge. In 2018, there were around 500 EdChoice-designated schools. Now over 1,200 of the state’s 3,186 traditional public schools are designated. In one year, the list has more than doubled in size. But its length isn’t the only thing that’s generating attention. It’s also who’s on it. For years, EdChoice largely identified schools in higher-poverty communities. But for the first time, some suburban districts have schools on the list too. This is largely because of modifications in state law as to what constitutes a struggling school. Recent changes have gone from looking primarily at a school’s overall grade to other important data points like student growth and the school’s ability to help struggling readers.

Unsurprisingly, there’s already pushback coming from these areas. There are concerns about a mass exodus of voucher-wielding students headed for private schools, and a resultant drain on funding. There are arguments that schools don’t deserve to be on the list because the report card measures that put them there are faulty. And, of course, there are anti-choice folks gearing up to argue that the list is just another example of how the state uses accountability policies to “punish” traditional districts.

But amidst all this controversy, there are a few important things to remember.

First, it’s highly unlikely that the EdChoice designated school list is going to lead to a mass exodus of public school students. Just because students are eligible for a voucher doesn’t mean they’re going to actually use one. Parents aren’t going to pull their students out of schools that they feel are serving them well. For example, an elementary school in Shaker Heights found itself on the list last year for the first time but only lost a total of five students. In places like Solon, Shaker Heights, and Upper Arlington, where housing prices are high, the likelihood of a significant number of families suddenly opting for private schools is slim. Many of these residents pay high mortgages and property taxes because they want to send their children to the local public schools.

Second, we shouldn’t be rushing to change report cards just because of a larger-than-normal EdChoice designation list. Such a move would be a great example of the tail wagging the dog. Does Ohio’s accountability system need some adjustments? Certainly. Here at Fordham, we’ve made several common sense recommendations. But it would be irresponsible of state lawmakers to make drastic changes purely because a few districts are unhappy that their poor grades gave students more school options.

Finally, it’s important to realize that as long as educational opportunities are afforded based on academic performance measures, there will continue to be tension and pushback. The best path forward isn’t to ignore this controversy, but to resolve it by empowering more families who can’t afford to enroll their children in their school of choice the opportunity to do so based on their incomes instead of their schools’ report cards.

At Fordham, we’ve been arguing for income-based eligibility for a while. Income-based vouchers are vital because they help the students most in need of options. Low- and middle-income families are seldom able to just pick up and move to a new district. Charter schools also aren’t an option for many families because state laws limit where charters can open. That leaves private schools as the only alternative, but paying tuition without assistance would be a serious financial burden. So families often end up stuck, not just in poorly performing schools, but in schools that, regardless of their overall academics, don’t meet their student’s needs.

The good news is that, thanks to the recently passed state budget, more children will soon be eligible for EdChoice scholarships. Starting in 2020–21, for example, the program will be expanded to include low-income students in all grades. And the state is adding a new, year-round application window, as well as an automatic increase in the number of available scholarships if the number of applications exceeds 90 percent of the current cap.

But the work isn’t finished yet. If lawmakers want to escape the annual debate about what schools should be on the EdChoice-eligibility list, they should seriously contemplate how they can open the door of educational choice to more families. Rather than limiting families to a school that meets the state’s frequently changing definition of underperforming, we should commit to making it easier for parents to find a school that helps their child thrive.