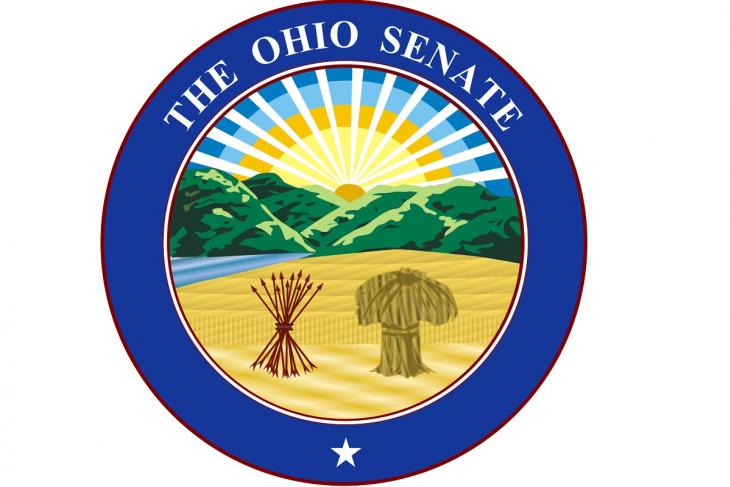 Note: Today, the Ohio Senate Finance Subcommittee on Primary and Secondary Education heard testimony on HB 166, the state’s new biennial budget bill. Among its many education-related provisions are a number which would make drastic changes to Ohio’s accountability system. Fordham’s Vice President for Ohio Policy and Advocacy delivered testimony on these and other provisions. These are his written remarks.

Thank you, Chair Terhar, Vice Chair Lehner, Ranking Member Fedor and the members of the Senate Finance Subcommittee on Primary and Secondary Education for the opportunity today to provide testimony on graduation requirements, academic distress commissions, school report cards, and other provisions in HB 166.

My name is Chad Aldis, and I am the Vice President for Ohio Policy and Advocacy at the Thomas B. Fordham Institute. The Fordham Institute is an education-focused nonprofit that conducts research, analysis, and policy advocacy with offices in Columbus, Dayton, and Washington, D.C. Our Dayton office is also an Ohio charter school sponsor.

Fordham believes that every student should be well-prepared to achieve success as adults. To that end, we support efforts that ensure all students have opportunities to attend high-quality schools and exit high school with the knowledge and skills necessary for college, career, or military service.

Evidence from top-performing states show that rigorous accountability policies—and committing to them—can lead to strong improvements in student achievement, especially among less advantaged children. Ohio, too, has adopted similar education policies: In fact, the ones I’ll be discussing today were enacted with the aim of driving higher achievement through robust accountability. But in the face of fierce debate, the state has struggled at times to maintain these reforms. In order for Ohio students to fully reap their benefits, legislators need to make some necessary policy refinements, while also recommitting to the goal of preparing more young people for life after high school.

In Ohio, we’ve long recognized that a high-school diploma shouldn’t be a participation trophy but rather a credential awarded after young people demonstrate readiness to take their next step in life. For decades, Ohio has required students to meet course requirements and pass state exams to graduate. But upon concerns about the Ohio Graduation Tests’ lack of rigor, the state moved to new standards that now ask young people to meet more stringent benchmarks on state exams, earn a college-ready ACT or SAT score, or earn industry recognized credentials.

These requirements have been strongly contested and alternative routes have been offered to the classes of 2018 to 2020. As many of you know, we at Fordham have vigorously opposed lower-level options. Young people who graduate based on weak alternatives are harmed when they exit high school lacking the skills needed for lifelong success. Throughout this debate, however, we’ve recognized the potential need to tweak the original plan in light of present realities. And we’ve said that students struggling to meet readiness standards deserve the time and supports needed to reach that goal.

With the long-term graduation requirements for the classes of 2021 and beyond still in question, we at Fordham support the proposal of Ohio Excels, a nonprofit coalition of Ohio business leaders, and the Alliance for High Quality Education (AHQE), a group representing about seventy school districts.

Briefly, the proposal works like this. Students must demonstrate competency on the state’s Algebra I and English II end-of-course exams. If, after receiving remedial supports and retaking these exams, they haven’t met the competency targets, students may earn diplomas based on satisfying military enlistment requirements or meeting career-and-technical requirements that include either earning industry credentials, completing an apprenticeship, or passing state exams linked to technical courses. Continuing current practice, all students must meet the state’s course requirements but the proposal also adds requirements that students earn seals based on non-academic skills.

Taken together, the Ohio Excels and Alliance’s proposal is a strong one. It assures us that students graduate with a strong academic foundation in English and math, are ready to join the military, or have the technical skills and experiences they need to embark on rewarding careers. We therefore recommend that the Ohio Excels and Alliance’s proposal be adopted as the state’s permanent graduation requirements.

First enacted in state law in 2005 and updated in 2015, academic distress commissions (ADC) were created to ensure that low-performing districts improve for the sake of their students. Under the House Bill 70 revisions, the ADC model was significantly altered as the legislation empowered an ADC-appointed CEO who is charged with creating a district turnaround plan and has authority in various matters of school management. However, as implementation has rolled out, the ADC model has been sharply criticized, especially by local school boards.

Some have argued that the best way to resolve the political friction is to abolish the ADC model. In essence, this is the approach of the recently passed House Bill 154. But doing this would be unwise. The state still has an obligation to taxpayers and families to step in when students aren’t being served well, and the districts currently under ADC oversight have a history of low academic achievement and weak student growth. Jettisoning the ADC model rather than improving it would be politically popular, but it would come at the expense of students.

To improve the ADC model, we recommend the more careful approach of Senate Bill 110. This legislation strategically addresses some of the underlying issues of the current model without giving poor performing districts a free pass. Under this bill, struggling districts would still face pressure to improve, but the state intervention would include more local input and be more transparent.

Improving low performing schools is hard work. But as experiences from other states tell us, it’s not impossible to transform education in districts that have struggled. If Ohio wants to implement successful turnaround efforts, we need to strike a balance between local control, strong accountability, and transparency, rather than just throwing in the towel. We believe that Senate Bill 110 is a positive step in the right direction.

Ohio families and taxpayers deserve an opportunity to review the progress of their local schools. Strong, transparent report cards are key to meeting this goal and to spurring higher school performance. For two decades, Ohio’s school report cards have served as the critical tool for assuring transparency and accountability for outcomes. The report cards have evolved over the years, with the present iteration being implemented starting in fall 2013. Today’s report card is packed with information about student achievement, growth, and readiness for college and career. This multi-faceted approach offers a wealth of data, but as new measures have been added, the report card itself has become increasingly complex. Concerns have also been raised about the fairness of report cards, especially to high-poverty schools.

In a report released in December 2017, we outlined several careful changes that would result in a fairer, more streamlined report card. The appendix to my testimony contains a sketch of what the report card might look like under our plan. And in contrast to proposals that would simply toss the current system and replace it with “data dashboards” that display a blizzard of statistical information without proper context, our approach maintains the core strengths of the current system which include intuitive letter grades and a clear, user-friendly overall rating. The key changes we recommend include:

We agree that there is room to improve school report cards. But the revisions need to be undertaken carefully, with transparency to Ohio families and taxpayers first in mind. We believe our recommendations would move Ohio toward a simpler, clearer, and fairer report card.

Other provisions in HB 166

There are a variety of education policies included in HB 166 that deserve mention.

We support Governor DeWine’s proposal to award funding for wellness services based on the percentage of economically disadvantaged children residing in a district. It is critical for the state to provide funding to ensure the needs of our most disadvantaged students are met. On a related note, we also support the funding allocated to reduce the costs for low-income students to take Advanced Placement exams. This reduces a barrier for our high-achieving but disadvantaged students.

We support language giving school districts and charter schools increased leeway in using teachers on long-term substitute licenses when necessary. In areas where there are teacher shortages, this is critical. It is also an important mechanism for attracting talented mid-career professionals into the teaching field.

Low-income students continue to have the fewest options when it comes to finding the right school. We support the continued expansion of this private school choice opportunity.

HB 166 would make the overall grade of a school (applies to districts, too) the higher of the performance index or the value added measure. While well-intentioned, this would result in a dramatic increase in grades around the state. Such an increase would make schools appear to be better performing than they actually are and would result in a significant softening of accountability. Ohio families and taxpayers deserve a view of overall school quality that considers both student achievement and growth over time, not one or the other.

The legislation also moves from a three year average for calculating value added to a one year measure. We are mostly neutral on this and see merit in the arguments on both sides. This change, however, is likely going to increase the volatility of the measure, with schools and districts swinging back and forth from A to F. This will diminish the credibility of value-added and could be used by critics as a basis for questioning the entire framework. A better approach might be to move to a weighted three-year average with the most current year being valued at 50 percent of the overall value added grade.

The bill also includes language that requires every school (and district) to receive either an A or B if report card grades aren’t issued by ODE by the statutory deadline of September 15. This measure would hurt parents looking for information on school quality. A separate but similar provision would require a complete restart of all “sanctions”—including restructuring, academic distress commissions, and community school closure—whenever a change (even an administrative one) is made to the state report card system. Passing this language will codify an either/or provision that would hurt everyone. The state would be in the unenviable position of either leaving the school report card untouched every year—even if improvements are needed—or gutting many of the state’s efforts to address poor academic performance.

Looking to improve on how ADCs function and the role of local communities is important, and the House should be commended for attempting to address those problems. However, HB 154 was rushed and is very much an unfinished product. Here are a few of its significant weaknesses:

Since House Bill 2 reformed Ohio’s charter school laws, the General Assembly has trod very carefully on the issue and hasn’t made many changes. This pause in legislative action has helped to identify some areas where changes are merited. HB 166 tackles some of those issues. While we are supportive of some of the changes, others could materially weaken charter school accountability just as the sector is showing signs of improvement.

Key charter provisions in the bill include:

In recent years, Ohio has undertaken major reforms aimed at improving the readiness of students for college and careers. Among them include interventions in low-performing districts, stronger graduation requirements, and transparent report cards that focus attention on outcomes. With some course corrections, Ohio will continue to build momentum towards its goal of having all young people graduate fully ready to tackle the challenges of tomorrow.