A better path ahead for Ohio’s graduation requirements 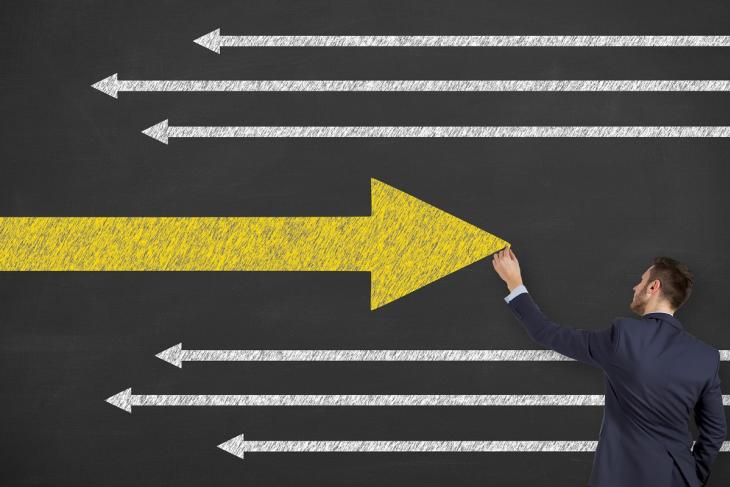 Over the next month or so, thousands of Ohio students will cross the stage and receive diplomas at their high school graduation ceremonies. It will be bittersweet, though, because many of these students will have earned their diplomas under a much-debated set of weakened graduation requirements. It will be the same story next year for students who are juniors today.

We at Fordham have been insistent and consistent in our criticism of these alternative requirements. We have called for a more careful examination of their unintended consequences, and have pointed out the serious flaws of the long-term proposal offered by the state board and the department for the classes of 2021 and beyond.

Given our persistent disapproval, one might be forgiven for thinking that that we prefer to critique ideas instead of offering solutions. Alas, that’s not true. We recently partnered with Ohio Excels, a non-profit coalition of business leaders dedicated to improving education in Ohio, and the Alliance for High Quality Education, a group representing around seventy Ohio school districts, to craft a proposal for graduation requirements that fixes some issues with the current policy without throwing out the baby with the bathwater. Under this plan, students would need to fulfill three requirements in order to graduate:

If enacted, this plan would go into effect for the classes of 2023 and beyond. The classes of 2021 and 2022 would be free to either complete these three requirements or select one of the three pathways that were in law when they entered the ninth grade.

Like the proposal put forth by the department and the state board, these requirements allow more personalization. But unlike the state’s plan, each of these pathways are objective, comparable, and valid. For example, consider the options that are available to students who fail to pass end-of-course exams in math or English. Although there are several choices, students are required to complete at least one objective measure of competency—whether it’s college courses, work-ready exams or job experiences that demonstrate career readiness, or fulfilling the requirements for enlisting in the military. Unlike GPAs and capstone projects, which are key aspects of the state’s plan, these measures would be difficult to game and are out of the hands of local educators who might be pressured to pass students even if they haven’t demonstrated competency. They are also more reliable, as every student will be held to the same grading standard and the results are easily comparable across schools, districts, and geographic areas.

The plan also recommends reducing the testing burden on students and schools without dismantling the state’s ability to track student achievement and progress in basic subjects over time. Under current law, students can accumulate points based on their performance on seven end-of-course exams to graduate. This proposal reduces the number of tests to five by eliminating the English I and Geometry assessments. Students would still be required to complete the biology, American history, and American government exams, and the results would continue to be used for school accountability. But passing all of these state tests would not be required to earn a diploma. Instead, students would only need to demonstrate their mastery of Algebra I and English II. The cut score for these assessments—referred to as “competent”—would be determined by the Governor’s Executive Workforce Board in consultation with higher education, the business community, the K–12 sector, and career-tech representatives.

Finally, and most importantly, this plan advises the state to identify no later than ninth grade every student who may be at risk of not graduating on time. Identification could include those who are behind on credits or have earned at least one F in a core academic course, are chronically absent, or have a high number of suspensions. Schools would notify families that these students are off-track and would empower educators to offer critical interventions and support.

Nationwide, there are several states and cities that have early warning systems in place. Chicago Public Schools, for example, has used an evidence-based measurement called “freshmen on track” since 2008. This indicator was developed in partnership with the University of Chicago’s Consortium on School Research to predict whether students are likely to graduate based on their performance during freshman year. The district uses this information to provide pupils with interventions and additional support. Even outside of Chicago, there is a considerable amount of information and research on the impacts of early warning systems—including a 2016 study of three Ohio school districts.

As lawmakers consider a permanent change to Ohio’s graduation requirements, it’s important to remember that objectivity, comparability, and reliability matter. Alternative assessments and measures like culminating student experiences and GPAs might seem attractive, but they are burdensome for local districts, easily gameable, and of questionable rigor. The last point is perhaps the most important, as earning a diploma should signify that young people are truly ready to take their next step in life.