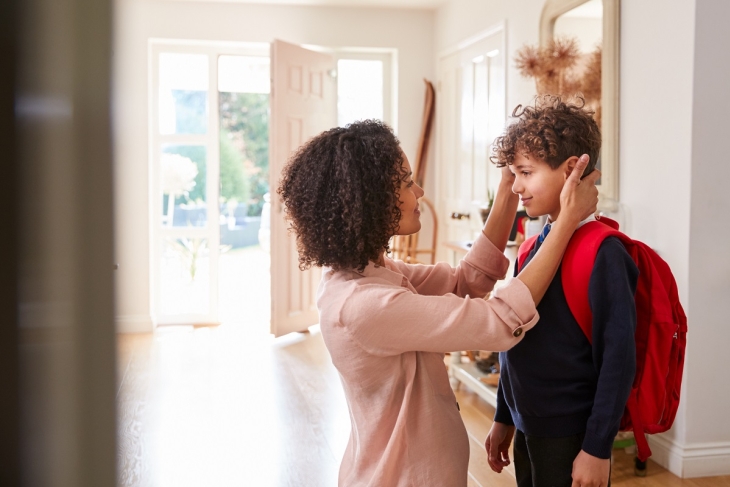 Arizona, long one of the nation’s trailblazers in the school-choice movement, recently expanded its education savings account (ESA) program to ensure that all students—regardless of income or where they attend school—are eligible for state dollars that can be used for private school tuition and other educational expenses. Alongside West Virginia, Arizona is now home to one of the nation’s two “universal” private school choice programs—programs in which every school-age child is eligible to participate.

Ohio already has a fairly expansive choice program, but it hasn’t quite reached this lofty plateau. The Buckeye State’s five scholarship programs include the Cleveland scholarship, performance-based EdChoice, income-based EdChoice, and two for students with disabilities. Taken together, these programs make about half of Ohio K–12 students eligible for a scholarship, and roughly 77,000 students (or 5 percent of Ohio students) participate.

Over the years, state legislators have taken many steps to get to this point. But should Ohio lawmakers take the leap to a universal school choice program?

Among choice advocates there is some divergence of opinion about whether private school scholarship or ESA-style programs should be “means tested” or “open to all.” One of the giants in the movement, Howard Fuller, for instance, contends that universal programs might lose their focus on serving the children most in need of educational options. Other prominent advocates such as Robert Enlow and Lindsey Burke argue in favor of universal choice on both pragmatic grounds—creating a “bigger tent,” which would help politically—and to give all parents more options when public schools aren’t to their liking. (Needless to say, choice critics don’t support either approach.)

My view is that a universal private school choice program is the right way to go for Ohio. Here’s why.

As the unit most responsible for the upbringing of children, parents have an inherent right to direct their child’s education. This basic premise was affirmed by the U.S. Supreme Court in the 1925 landmark Pierce v. Sisters decision about whether a state could ban private education. The Court wrote: “Those who nurture him [the child] and direct his destiny have the right, coupled with the high duty, to recognize and prepare him for additional obligations.”

When states expand schooling options, they strengthen this right. While many parents are satisfied with their local public schools, others prefer something different for their child. Some have children with special academic or artistic talents and might seek private schools that can cultivate those gifts. Others desire private schools because of their religious affiliation and faith-based models. Still others value the smaller, more familial settings offered by many private schools.

Unfortunately, not all families have the financial capacity to access their first-choice school and must settle for a less-agreeable option. Ohio has taken great strides to unlock private school opportunities for its neediest parents, but private schools are still a stretch for most middle-class parents. Universal choice would give every family the opportunity to choose which school will shape the heart and mind of their child.

Historically, districts have enjoyed a “territorial exclusive franchise” (i.e., monopoly) to educate children within their borders. But with the rise of private school choice programs (and public charter schools, too), districts are more strongly encouraged to meet the needs of families and students. Indeed, the research evidence indicates that they do respond to incentives, as choice programs around the nation and in Ohio are linked to higher district performance. Expanding scholarship eligibility to all students would create healthy competition in any area of Ohio with private school options—a win-win for parents and students in both types of school systems.

As all Ohioans know, the state and local school districts levy significant taxes—sales, income, and property being the largest—on citizens to support education. Private school parents pay their fair share, even though they receive educational benefits that are nowhere near congruent to what they pay in taxes. As a result, these families “double pay” for education—once through taxes and again through tuition—and that’s unfair.

Critics often complain that private school parents should pay out of pocket because not everyone approves of private (sometimes religious) education. But that argument can be reversed, as neither do public schools enjoy unanimous approval. Recent polling from Gallup shows that confidence in U.S. public schools has sagged to near all-time lows. As is well known, the teachers unions, which represent the vast majority of public school teachers, regularly promote progressive politics. In the end, the fairest approach is to adhere to the adage “fund students, not systems.” Universal choice follows this concept, with taxpayer funds underwriting all students’ educations, regardless of the choice (public or private) their parents make.

In a “means-tested” program, state employees must create an income-verification process whereby parents submit paperwork and accuracy is verified. On the other side, parents have to dig up tax forms, W-2s, or other documents and submit them to the state. This is not only time-consuming for parents, but it could also discourage participation among those concerned with privacy or lacking requisite documents. Complications could also emerge about what precisely constitutes “household income.” (Does a student’s summer-job earnings count? What about unemployment compensation?) Those types of situations are likely sorted out on a case-by-case basis, adding to the administrative burden. A universal choice program would require less bureaucracy, as parents need only prove they are an Ohio resident and have a school-aged child.

Reason 5: Avoids any stigma associated with a targeted program

Universal public programs avoid stigmatizing individuals or families who receive the benefits. Advocates of universally subsidized school meals, for instance, have long argued that such a policy would eliminate concerns about lunch-room condescension. Because Ohio’s scholarship programs currently target less advantaged families, there is some risk of stigmatizing students who use them. A universal choice program would eliminate any negative connotations with participation, as children from all backgrounds would be eligible for—and use—the public benefit.

Reason 6: Makes Ohio an even better state to raise a family

We all know that Ohio is already a terrific state to raise a family, but a universal choice program would up the ante and could even draw the attention of out-of-staters. Survey data consistently show that parents express strong interest in private school options. With only Arizona and West Virginia boasting a universal choice program, Ohio would be a standout as a parent-friendly destination—especially for those with an interest in private school options. While picking up and moving isn’t inexpensive, millions of families migrate from state to state each year, and with remote work becoming more prevalent, more may consider doing so in the coming years. States often promote tax advantages and other amenities to attract families and businesses. And for good reason. Migration increases economic activity (and tax revenues), and that’s a win for everyone. A universal choice program would be another arrow in the quiver for the Buckeye State in this interstate competition.

Nearly two years ago, shortly after Ohio lawmakers passed a significant expansion of the state’s scholarship programs, the Wall Street Journal’s editorial board trumpeted “A Buckeye Voucher Victory.” It was certainly that. But there remains more to be won in terms of helping all Ohio families gain access to their top choice of schools. With a universal scholarship program, the state would put the whole gamut of educational options within the reach of every parent in the state.