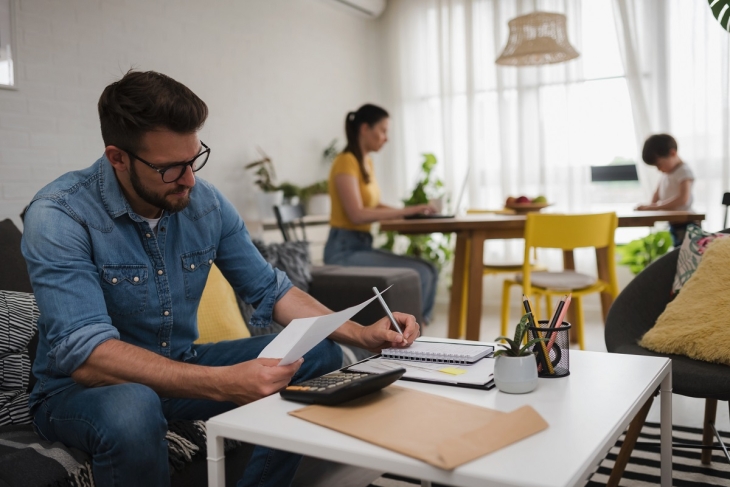 April is drawing to a close, and that (thankfully) means the end of tax season. Parents may have found this year’s paperwork more complicated than usual due to the “enhanced” child tax credit and advanced payments. One detail to which they had to pay attention was the reduction of the enhanced credit once specific income levels were hit—$75,000 for a single filer and $150,000 for joint filers—surely an effort to target the extra subsidy to lower-income families. Interestingly, married couples making double the income of single filers were treated as equals. That’s only fair, as incomes were the same on a per-taxpayer basis.

This got me thinking about the income limits Ohio places on eligibility for its income-based EdChoice scholarship, a state-funded program that offers assistance to parents seeking private school options. How does it treat dual-earning families?

As a quick refresher, Ohio offers EdChoice scholarships to parents whose household income is 250 percent or less of the federal poverty guidelines. For a family of four, the current eligibility cutoff is a pre-tax, gross income of $66,225. Families earning more than that are ineligible (though they could be eligible for “performance-based” scholarships). At face value, the current threshold seems fairly reasonable for a program that is supposed to support low- and middle-income families. After all, the average salary of an American worker is $58,000 per year.

But this doesn’t mean that all families earning modest salaries have access to this program. Remember, Ohio looks at household—not per-capita—incomes to determine EdChoice eligibility. Thus, thousands of families where both parents work in middle-income jobs are out of luck. Consider just a few illustrative examples, using federal data on average salaries in various occupations.

What this table shows is that EdChoice’s income requirements are far more restrictive than they initially appear. A family where dad works in an average-paying retail job and mom as a medical assistant could be over the eligible threshold. Same for a couple where one is a firefighter and the other a pharmacy aide. Postal worker and plumber? Teacher and electrician? Forget about it.

These are not deep-pocketed families who have thousands of dollars in disposable income to pay for private school tuition. Rather, these are folks working to put bread on the table, pay the rent or mortgage, and set aside money for college and retirement. They all pay their fair share of taxes. Many of them spend their weekends coaching youth sports or volunteering in their community. These hard-working parents deserve the opportunity to send their children to the school—whether public or private—of their choice. Yet EdChoice eligibility rules are unfriendly to dual-earning families, the employment arrangement of 58 percent of married couples with school-aged children.

State lawmakers have a couple options to straighten out this problem. The simplest approach is to raise the eligibility threshold to, say, 400 percent of the federal poverty guideline, thereby increasing, based on 2021 numbers, the income limit to $106,000 for a family of four. This would open private school opportunities for families where both parents earn salaries of up to $53,000 per year. Another possibility is to move away from poverty guidelines and tie scholarship eligibility to other federal policies such as income-tax brackets or eligibility for higher-education tax credits that distinguish between single and joint filers. For instance, any parent who files as a single or head of household making under $86,376—the low end of the middle tax bracket (24 percent) for singles—could be eligible for a scholarship. Couples filing jointly and earning less than $172,751, the analogous tax threshold, could likewise be eligible.

Expanded eligibility for income-based EdChoice scholarships would ensure that dual-earning families are treated fairly and given private school options. It’s also sure to be popular with parents and the broader public, as polls routinely find strong support for choice programs. With modifications to the income-based eligibility rules, legislators can make private schools an option for even more hard-working Ohio families.