Opening the doors wide for all high-achieving kids 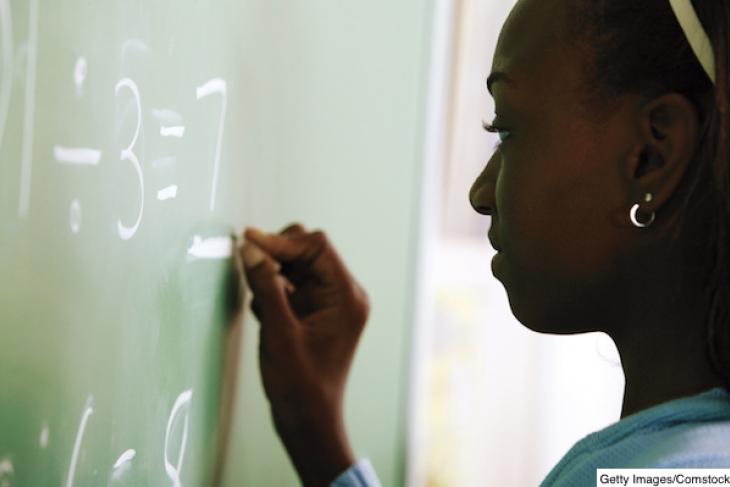 Last October, we lamented New York City’s neglect of high-ability students, particularly in its low-income neighborhoods. Since then, the district and Schools Chancellor Carmen Fariña have taken steps to mitigate the problem.

We surfaced multiple problems in Gotham’s approach to gifted-and-talented education, beginning with the once-a-year entrance exams that determine admission to the city’s skimpy and badly distributed supply of such opportunities for primary and middle school students.

Scored with a single citywide cutoff level, it’s a disaster for poor kids. In parts of Bedford-Stuyvesant, for example, just 14 percent of test-takers passed the January 2016 test. In parts of the South Bronx, it was 15 percent. Yet on Manhattan’s Upper East and West Sides, a whopping 46 percent reached the threshold.

These wealth-correlated pass rates mirror the city’s supply of gifted-education opportunities. Four of the poorest of Gotham’s thirty-two school districts have no gifted program to speak of, and many others have too few and do little to get the word out about those they’ve got.

This summer, Fariña and company launched an experimental program to make these programs more inclusive by targeting ill-served neighborhoods, such as those mentioned above and Brooklyn’s Ocean Hill-Brownsville. They’ve replaced the old aptitude test still used elsewhere in the city with entry to new third-grade gifted classes based on multiple gauges, including attendance and school performance. And they’ve opened programs in neighborhoods that had none.

The early results are promising, as far as they go: 221 families applied for spots in the new program and half were accepted. Those kids started this month. Best wishes to them and kudos to the city for doing this. But it’s just a start, and a hesitant one at that.

The new system still leaves it to parents to initiate the process of pursuing gifted classes. Before a student can take the entrance exam, a parent must submit a "Request For Testing" form in the Fall before the January-administered test. And then the district suggests that moms and dads prepare their children for the assessment's verbal and non-verbal components. This gives an edge to savvy, pushy parents—a typical problem in American K–12 education and one that invariably favors more advantaged kids.

What’s more, the experimental program is overcomplicated. Its holistic approach is time consuming and—when used alone—can misfire. What if a youngster’s middling grades and spotty attendance have naught to do with her ability, but are instead caused by a tough home situation? What happens when a kid with great potential daydreams in class because his current curriculum moves too slowly?

Above all, adding 112 kids to a new pilot program doesn’t get you very far in a city with more than a million pupils. There’s an acute shortage of gifted-and-talented opportunities that’s worst in poor neighborhoods. A portion of students in every school would benefit from such opportunities, lest they remain stuck in classes with teachers struggling to differentiate instruction across a broad spectrum of pupil abilities and prior achievement.

There’s a better way. Screen every third-grader using an universal assessment—like the annual state achievement test that everyone takes—instead of relying on a separate gifted exam or complex new admissions procedures. Use this to find the top-scoring kids in every single school, not citywide. When Broward County, FL, employed this approach, it worked really well for poor and minority youngsters, report economists Laura Giuliano and David Card.

Next—and here the city’s new program gets it partly right—ask teachers to use a holistic approach to nominate additional youngsters who don’t earn top marks on the exam but show uncommon potential. Consider grades, other scores, and attendance, but also look for sparks that perceptive teachers are adept at noticing. This part need not be formalized but it has to be encouraged.

Use of this two-step approach is fairer to students because it doesn’t depend purely on overworked parents to initiate the application process. And it simplifies the process for busy teachers who aren’t required to go through formal screening efforts for potential entrants.

The last piece of the puzzle is, of course, to provide a sufficient supply of gifted classes. No amount of fiddling with the admissions process will close the excellence gap unless New York finds ways to serve more of its high flyers. Fortunately, there’s an easy, inexpensive solution. Our school-specific two-step model would yield enough pupils to fill designated separate classrooms that provide enriched and accelerated curricula. Neither new staff nor new buildings would be required.

Fariña and the New York City Education Department are right to take steps to maximize the potential of high-flying poor kids. But they’ve only just begun to address the challenges that this presents.

This article originally appeared in a slightly different form in the New York Daily News.