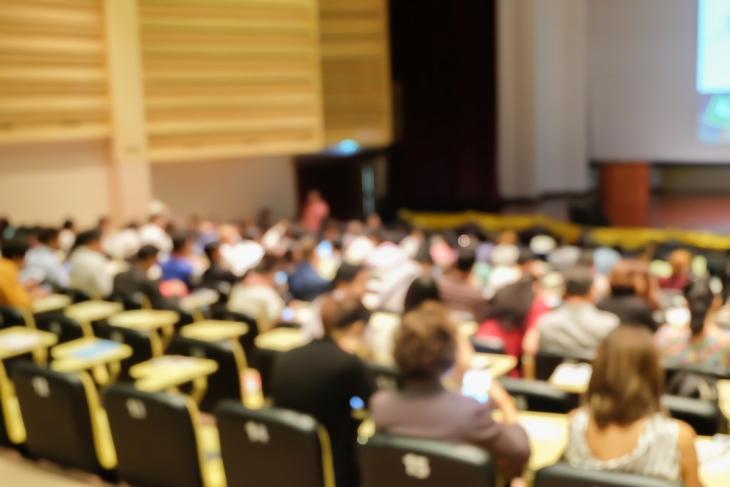 Against the backdrop of Ohio’s Attainment Goal 2025, the state’s annual report on college remediation rates—the number of first year college students requiring remedial courses before beginning credit bearing work—has taken on a greater significance in the past few years. This year’s report, looking at five-year trends from the fall of 2014 through the fall of 2018, offers comforting numbers but a frustrating lack of context.

First up, the numbers. It is important to note that these data pertain only to public K–12 students in district, charter, and independent STEM schools; no private or homeschool data are included. Overall, public high school enrollment in Ohio decreased by 4.8 percent over the period. Yet the total number of graduates has increased during that time—up more than 3 percent between 2014 and 2018—because of an increase in the graduation rate. White and Asian students graduated at higher rates in 2018 than students in all other racial categories. Students who were economically disadvantaged (ED) were less likely to graduate than their non-ED peers across all racial categories, but that correlation was especially prominent among white, non-Hispanic students.

Nearly 42 percent of Ohio’s 2018 public high school graduates went on to enroll in a public college or university in the Buckeye State that fall. Black and Hispanic students were underrepresented among first-time college students as compared to the demographics of the 2018 graduating class, although students identifying as multiracial had higher representation. It is also important to note that the data in this report are only tracking matriculation at in-state public institutions. Students attending private colleges in Ohio or any institutions outside the Buckeye State were not tracked.

Unfortunately, the report gives very little in the way of context. It connects the decline in remediation with a plethora of important K–12 efforts—strong learning standards, early interventions, quality preschool, the state’s Third Grade Reading Guarantee—but cannot, obviously, get to any sort of direct relationships between these interventions and observed outcomes. That is especially true since certain reforms—preschool and early literacy—haven’t been in place long enough to impact the 2018 senior class. Thus the main recommendation of the report is for Ohio to keep on keepin’ on. A recent interview with a spokesperson for the Ohio Department of Higher Education about the report was even clearer in being opaque: “There really are too many variables involved to speculate on what exactly has contributed to the continued decline in the remediation rate.”

However, in that same news item, a University of Cincinnati professor suggests more caution in interpreting the report’s findings: “It remains to be seen whether there has been real improvement in college readiness or simply some gimmicky addressing of the problem.” His implication is that students who are not ready for credit-bearing college coursework are simply not being given remediation because of the state’s drive to reduce remediation. There is some evidence for this supposition given the relatively flat ACT scores and state test results. If Ohio is experimenting with allowing students who haven’t met remediation free standards to bypass remedial courses or to take classes that count for both remediation and college credit, the state needs to be clearer, as otherwise it appears we’re engaging in bar lowering and sidestepping educational accountability rather than actually improving outcomes.

While ODHE’s report is a legislative mandate and is, ultimately, only intended to provide the data it does, Ohio’s high school graduates deserve more. The state is aiming high with its Attainment Goal 2025. A true all-hands-on-deck approach to boosting college persistence and completion would go beyond the mandate—beyond vague numbers presented without context—and connect the dots.