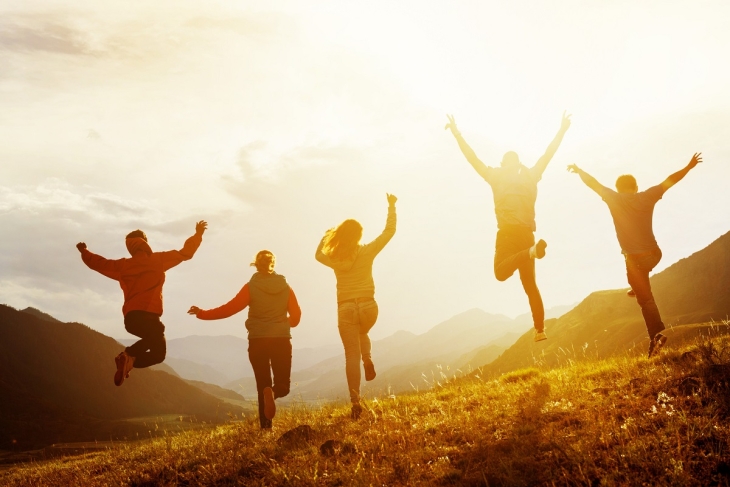 The most commonly expressed motivator for school districts to adopt a four-day school week is monetary: lowering expenditures on hourly staff, transportation, and utilities costs. It is not incidental that the most recent uptick in districts opting for them was in the aftermath of the Great Recession. The second motivator is as a low-cost perk for hiring and retaining teachers. Kids? Well, they are somewhere further down on the list. A new report from the RAND Corporation is one of the largest and most detailed to date examining the implementation and outcomes of four-day school weeks, focusing strongly on how those motivators play out in practice.

This study employed both qualitative and quantitative analyses, examining existing data from six states (Colorado, Idaho, Missouri, New Mexico, Oklahoma, and South Dakota) and original data collected explicitly for this study in three of those states—Idaho, New Mexico, Oklahoma—chosen due to their high numbers of districts utilizing four-day weeks. The analysis was conducted using a sample of eighteen four-day districts (six from each of the three focus states) and eighteen districts on a standard five-day week (six comparable districts from each state). The original data included in-person interviews with more than 460 students, parents, teachers, principals, and other stakeholders in twelve four-day school week districts, as well as online survey data from over 6,000 middle and high school students and more than 1,200 parents of elementary school students in both types of districts.

The descriptive detail matches that of previous research. Four-day week districts typically have, on average, about fifty minutes of additional daily instruction time than do five-day week districts. This is largely driven by the need for districts to meet required minimum hours of instruction per year set by their states. However, four-day week districts ultimately average fifty-eight fewer instructional hours per year than do their peers with five-day weeks. The most typical schedule consists of classes on Monday through Thursday with Fridays off, followed by classes Tuesday through Friday with Mondays off, and a schedule which switches up the off-day at various times of the year.

Most four-day week districts reported holding sports practices or competitions on the off day; far fewer reported clubs or student activities that met on the off-day. Academic enrichment activities were offered on rare occasions. Despite sports and club offerings being common, 80 percent of high school students and 90 percent of elementary students surveyed reported that home was the primary place they spent their time on the off-day. Typical non-school activities for students on the off-day include recreational sports, employment, and spending time with family and friends.

A majority of teachers reported doing some amount of school-related work on the off-day, although focus groups indicated that this was largely intended to open the weekend fully for non-work activities. A non-trivial number of teachers reported working a second job on the off-day, including substituting in a nearby five-day week district, with the highest concentration of such reports occurring in Oklahoma. Parental survey responses indicated that the popularity and continued existence of four-day school weeks could be influenced by how easy it was to find an adult to watch children as needed on the off-day. Thus, communities with multiple generations living in proximity or communities with a number of flex-time employers would likely be more supportive of a shortened formal school schedule.

As for the outcomes, empirical data suggest that cost savings to districts from a shortened school week are less than 5 percent per year as compared to similar districts with a traditional schedule. A number of school leaders interviewed claimed far more extensive savings than would seem possible, but a majority said that any savings were meaningful, especially if the four-day week allowed them to retain and recruit staff. Board members, administrators, school staff, and principals were generally in agreement that four-day weeks were an incentive to teachers. However, teacher responses were decidedly mixed, and context seemed to matter. For instance, a number of districts switched back and forth from four-day to five-day weeks several times, but teachers reported staying put throughout the switches. As a result, they were considered by the researchers as not influenced by the “perk” of a shorter week. Teachers in areas where a lot of districts operated with a shortened week were similarly immune. It seems an extra day off isn’t considered a perk if everyone gets it. Meanwhile, in areas where the shortened week was a rarity, more teachers reported seeking jobs and remaining employed in their four-day week districts due to the perceived benefit.

Teacher attendance appears to have greatly improved after the adoption of a four-day week. Teachers across the board reported scheduling medical appointments and family errands on the off-day rather than taking a work day to attend to them. Additionally, having “cleared the decks” on the off-day, weekends were reportedly more restful for teachers, leading to less reported fatigue or burnout. Their survey responses indicated high satisfaction with the four-day week. Unfortunately, no quantitative data on teacher absenteeism were available to corroborate these survey responses.

Students and parents also reported strong satisfaction with the four-day school week based on perceptions of increased sleep time, positivity toward school, and general well-being for children. Quantitatively, however, there were no statistical differences between four-day week districts and their five-day peers in terms of student attendance. Survey responses between the two groups of districts also showed no statistical differences on perceptions of student emotional well-being, parent stress levels, or school climate.

There are many more dimensions explored in the RAND report, including a reminder that previous research has found both negative and positive academic effects of reduced in-class learning time in four-day week districts. Without new quantitative data included, the perceptions of adults are the main contribution of this report to the literature. The happiness of adults who believe they are saving precious time and money, even when they are probably not, still seems to be the driving force for embracing four-day school weeks. When we shift our focus away from perception and toward hard evidence, that shiny picture of the four-day week model begins to lose definition. And when we shift our priorities toward actual student learning and achievement—if we can still manage to do so—the image is more noise than signal.