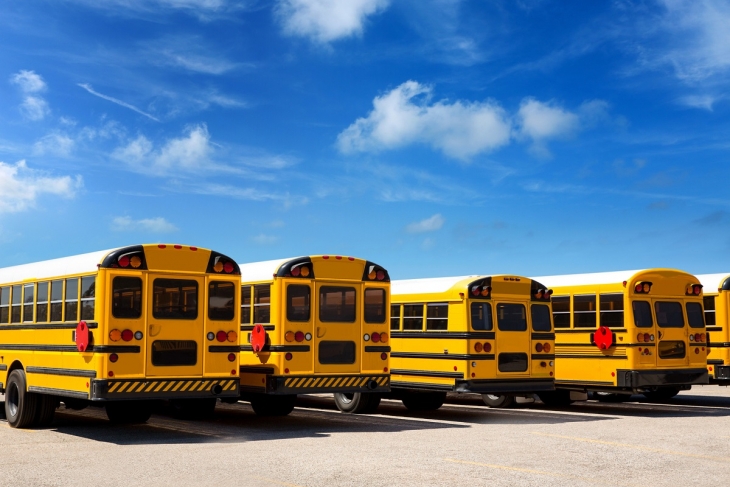 In a time when the “traditional” K–12 educational experience is going through upheaval and reconfiguration into myriad pandemic-influenced shapes and sizes, it is important to note that many of the so-called innovations students are experiencing are not new. Sudden shutdowns of school buildings? Been there. Asynchronous lessons? Old hat. Fully-remote learning? So last century. Even the hybrid learning models that are burgeoning at the moment are entirely precedented.

A recent research report looks at the academic outcomes achieved by one such model: the four-day school week. Created for non-emergency reasons and opted into (and out of) willingly by school districts for decades, the effects of this long-standing, untraditional model on student achievement could give us some idea of how the Covid-19 version might fare in serving students.

While Oregon has allowed districts to choose to offer a four-day school week since the mid-1990s, Oregon State University researcher Paul N. Thompson focuses in this study on the period between 2005 and 2019, during which time the number of schools using such a learning model grew, peaked, and declined. That peak number comprised 156 schools across the state. Schools opting in obtained a waiver from the state’s department of education for the amount of required school days and were required to provide a minimum number of hours of education instead. The structure of the four-day week—specifically, what, if any, work is required of students on the off-day and how it is counted toward the hours requirement—is generally up to the schools to determine. It is not described in this report, but a previous analysis by Thompson and colleagues noted that nearly half of districts surveyed closed their buildings entirely for academics on the off-day. In Oregon particularly, the off-day was widely used for athletics and other extracurriculars, many of which counted toward the state’s physical education requirements.

The baseline academic data under study—student achievement on math and reading standardized tests for grades three through eight on the Oregon Assessment of Knowledge and Skills test—showed a marked difference. Analyzing a total of 3,172,170 individual test scores from 690,804 students, and applying a variety of demographic and other controls, Thompson found that math test scores were between 0.037 and 0.059 standard deviations lower, and reading scores were between 0.033 and 0.042 standard deviations lower, for students in four-day schools versus those in five-day schools. Schools with four-day school weeks also had a smaller percentage of students meeting proficiency thresholds in math (60.7 percent compared to 64.7 percent) and reading (68.1 percent compared to 70.9 percent). This amounts to around seven to ten fewer students scoring proficient in four-day schools than in five-day schools, depending on student-body size. English language learners fared worst of all subgroups in terms of achievement declines, but interestingly, students with special needs actually bucked the trend and scored very slightly higher as a group in four-day schools than in five-day schools. These data are clear and compelling, but could there be other factors at work than simply the change in schedule?

Because a number of schools moved from four-day to five-day schedules and vice versa during the study period, Thompson was able to use a difference-in-differences research design to determine that the reduction in face-to-face instructional time explained a majority of the test score declines observed in four-day models. And for schools that moved from a four-day to a five-day week, a one-hour increase in weekly time in school led to a 0.018 standard deviation increase in math achievement and a 0.006 standard deviation increase in reading achievement for their students. These are small increases in themselves, but have the potential to compound to greater significance over multiple additional hours.

Noting that many Oregon districts reported adopting a shorter week due to financial concerns, Thompson also looked at the potential trade-off between cost savings and achievement. Oregon districts were required to submit per-pupil spending details related to the shortened schedule to the state, and he compared this to similar data from studies in other states. A $1,000 per pupil cost savings realized by a shortened week yielded an achievement loss of between 0.094 and 0.189 standard deviations. Compared to other traditional cost saving approaches elsewhere (larger class sizes, reductions in force, etc.), the academic achievement losses experienced in Oregon were the same or lower than most, but still a net academic loss.

Many schools across the country have adopted four-day school weeks out of pandemic necessity. At the same time, we are seeing evidence of very alarming academic achievement losses. Data from pre-crisis times indicate that the two things are inextricably and negatively linked. The dire achievement plunges we are seeing today are magnitudes greater than this report shows, indicating sustained and exponential harm to student learning. We likely will not see achievement rise again until we can ensure more time in face-to-face education for our students. But even that will just be the start of the uphill battle.