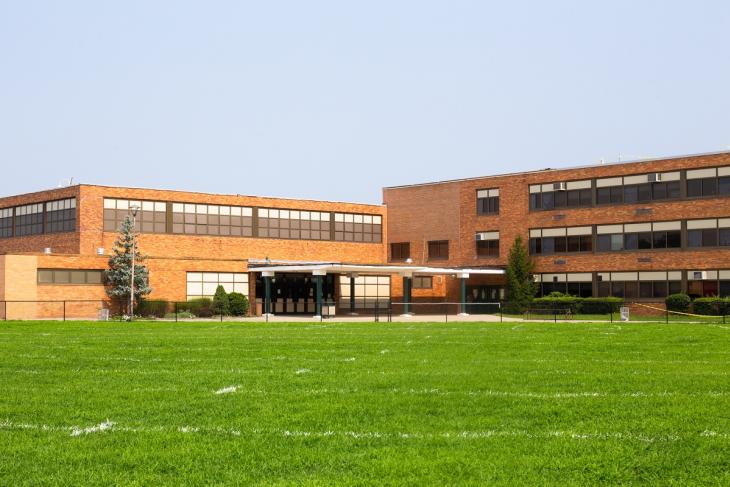 For years now, Ohio has been caught in the throes of a fierce debate over how best to improve low-performing school districts. The state currently intervenes in chronically underperforming districts through academic distress commissions (ADCs), but this model has been met with intense opposition and is currently being debated by the General Assembly.

In the midst of all the district-level controversy, it’s easy to forget that Ohio has also been implementing school-level improvements for years. Under No Child Left Behind (NCLB), schools had to make adequate yearly progress or face a set of escalating consequences. The federal law required states to identify a group of priority schools—elementary and secondary schools that ranked in the bottom 5 percent for proficiency in math and reading, and high schools with graduation rates below 60 percent—that had to undergo rigorous improvement efforts.

When President Obama signed the Every Student Succeeds Act (ESSA)—the successor to NCLB—into law in 2015, states were required to create new plans that outlined how they would identify and intervene in chronically low-performing schools. (Ohio’s plan is here.) A thorough analysis of ESSA’s school improvement provisions would take pages, but here’s the gist of what states must do:

In addition to these requirements, ESSA explicitly permits states to “take action to initiate additional improvement” in any district with a significant number of schools that are consistently identified as low performing by the state’s accountability system.

There are several reasons—other than just the federal mandate—why Ohio is committed to keeping a close eye on school performance. First, as Governor DeWine has noted previously in reference to the state’s ADC policy, the state has a “moral obligation to help intervene on behalf of students stuck in failing schools.” Schools with consistently weak academic growth and few students reaching proficiency in basic subjects produce graduates who aren’t prepared for college or the workplace. State leaders have a responsibility to step in on behalf of the families, communities, and local businesses that are impacted by this lack of readiness. Second, the threat of intervention can spur schools into more urgent improvement efforts. Ohio is seeing this firsthand at the district level, where the threat of an ADC designation has led to progress. It stands to reason that similar accountability measures could also spur improvement at the school level. Third, there is rigorous research that indicates that it is possible to improve outcomes at the school level.

It’s too early to tell for certain if Ohio’s school-level interventions under ESSA are leading to improvements. Priority schools are identified once every three years. The state identified the first group at the end of the 2017–18 school year (you can find the list here), so we won’t know for sure how many schools improved enough to move off the list until 2020–21. But we can use the most recent state report cards to determine if performance index (PI) scores—which measure the achievement of students regardless of whether they are proficient—increased in priority schools between 2017–18 and 2018–19.

Of the 107 schools that ended up on the priority list because they were ranked in the bottom 5 percent, eighty-five had PI scores available for both years. Fifty of those eighty-five schools earned higher PI scores during the most recent year. While it’s not conclusive evidence, this seems to indicate that either the identification as a priority school or the intervention efforts that come along with identification are having a positive impact in the majority of priority schools.

When the new priority list is finally released, it will be important for lawmakers and advocates to take a close look. It would also be beneficial for the media to cover building level improvement efforts with at least half of the same breathless energy they use to track ADC controversies. If a significant number of schools improve enough to get off the list in 2020–21, that’s a good sign. But if the same schools remain mired in poor performance, it may be time to up the ante.