Course grades are no substitute for exam scores 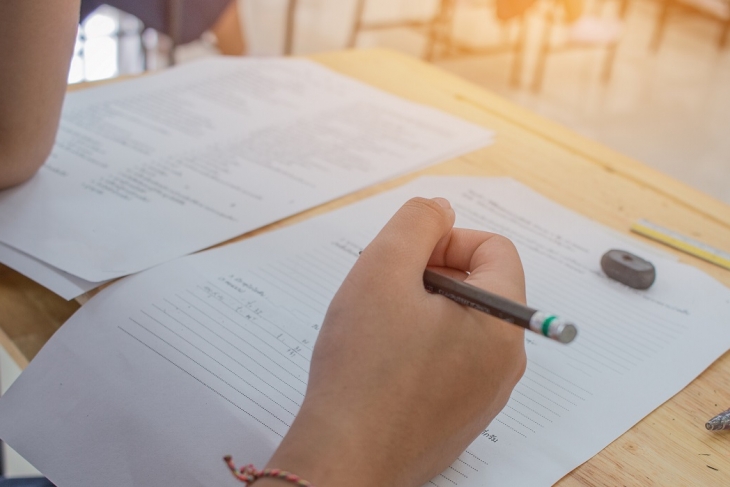 In late March, state lawmakers gave local schools emergency authority to determine whether students in the class of 2020 satisfied graduation requirements. The reason was fairly straightforward: Due to the school closures, a number of seniors missed opportunities to meet standard graduation requirements, such as passing state end-of-course exams (likely primarily retakes), finishing an industry recognized credential, or completing a few other options. That legislation, however, was mum on requirements for future graduating classes—freshman, sophomores, and juniors, as well as some middle schoolers—whose state end-of-course exams (EOCs) were cancelled.

The just-passed House Bill 164 addresses this complication by allowing final course grades to substitute for scores on the EOCs students were unable to take. An A is equivalent to the top achievement mark on state exams (“advanced”), a B is equivalent to the next highest level (“accelerated”), and so forth. Earning a grade of C or above yields a “competency” designation on the ELA II and algebra I EOCs, the key assessments for meeting graduation requirements. To count toward graduation, the final grade must be earned in the course that is directly associated with the EOC exam. For instance, a pupil’s algebra I course grade substitutes for her state algebra I exam.

If I had my druthers, policymakers would have opted to administer missed EOCs this fall. Yes, much like AP exams, these tests are supposed to be taken shortly after course completion. But schools could have made efforts to review content prior to assessment—arguably time well spent, given the importance of mastery in subjects such as algebra and English. Alas, agreeing with recommendations from the Ohio Education Association and school administrator associations, legislators felt that defaulting to course grades was a better option given the trying circumstances.

While using course grades may be an acceptable Band-Aid for this year, using them in the place of exam scores should not become a permanent fixture in Ohio’s graduation policy. We at Fordham have previously warned against efforts to substitute course grades or grade point averages for state exams to determine graduation. Let’s review, once again, the formidable problems.

Course grades do, of course, have a place in educational practice. They reflect the evaluations of educators who observe students on a near-daily basis, and they may include other dimensions of a well-rounded education such as teamwork and class participation. But as a consistent yardstick of academic achievement, course grades are poor substitutes for Ohio’s end-of-course exams. As such, the emergency provisions granted to the classes of 2020 to 2023 shouldn’t become the “new normal.”