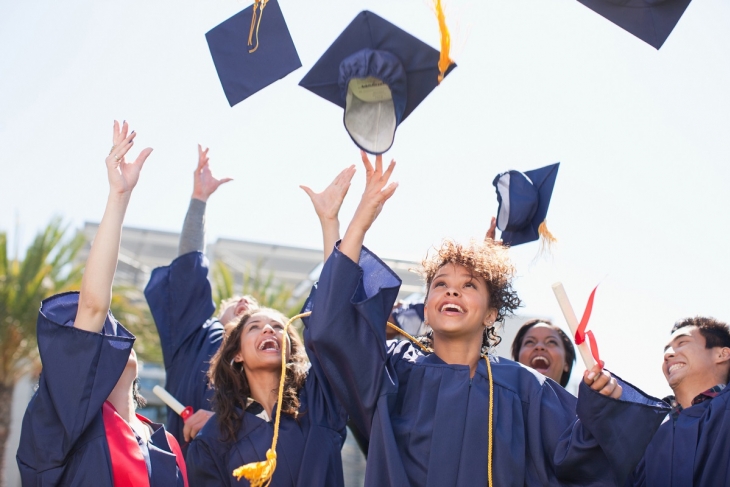 Since the spring of 2017, all Ohio eleventh graders have been required to take either the ACT or the SAT at the state’s expense. Research shows that universal testing policies like this are beneficial for underserved students. Nevertheless, some lawmakers and educators have recently argued that the ACT and SAT shouldn’t be required for every student. They believe that because not everyone plans to go to college, the state shouldn’t require all kids to take a college entrance exam. And they’re not alone. Some colleges and universities have transitioned to “test-optional” admissions.

The problem with this shift toward a more “holistic” view of student readiness is that it assumes everyone has the same opportunities—and the same awareness of those opportunities. But that’s not true. In fact, students from low-income families, students of color, and students who attend chronically low-performing schools often rely on universal services and assessments to level the playing field between them and their White, affluent, or more privileged peers.

Consider a few of the benchmarks that test-optional colleges and universities use in place of college-readiness exams. GPA, class rank, school involvement (such as sports and other extracurriculars), and community involvement (such as volunteer hours) all seem like objective and fair measures at first glance. But a closer look reveals that many of these measures rely heavily on the school a student attends and not the actual student.

I saw this play out all the time when I was teaching in a high-poverty, chronically low-performing high school. I knew plenty of exceptionally bright students whose 4.0 GPAs and top-ten class ranks didn’t mean as much to admissions officers as the same GPAs and class ranks earned by students who attended the affluent, high-performing schools across town. It’s hard to acknowledge that attending a low-performing assigned school can put kids at a disadvantage. We tell students that if they work hard and get good grades, then colleges will notice. But there’s a reason that affluent parents pay obnoxiously high tuition prices for prestigious private schools or sky-high mortgage payments for a house in a certain suburb. The reputation of the school a student attends—or “program rigor,” as it’s sometimes referred to in admissions literature—matters, and it’s completely out of the control of thousands of students.

The activities that fall under the “school involvement” umbrella are completely dependent on schools, too, and opportunity gaps are enormous. For example, at the high school I attended as a student, kids could choose between thirty sports and dozens of other clubs and activities. But at the high-poverty urban high school where I taught, extracurriculars were extremely limited: The only sports that were consistently available were football, boys’ and girls’ basketball, and cheerleading; marching band was the only option for musically inclined students; and students with academically based interests—those who would’ve liked to write for the school newspaper, learn how to code, or join the debate team—had few options. The school didn’t offer consistent volunteer opportunities, either. And because many of my students lacked reliable transportation, worked part-time jobs to help pay the bills, or kept an eye on their younger brothers and sisters while their parents were at work, going out into the community to seek out volunteer or leadership opportunities wasn’t an option.

The upshot? A “holistic” admissions process isn’t as much of an advantage for underserved students as anti-testing folks think. When your school sets you at a disadvantage through no fault of your own, you need objective, third-party measures to prove that you’re just as ready for college coursework as your peers. Obviously, we should be working to close the opportunity gap and ensure that all kids have access to the same opportunities. But focusing on that while simultaneously removing a state requirement for all students to take the same test and be held to the same standards is both illogical and myopic.

Of course, the folks attempting to change Ohio’s universal testing policy will argue that making the policy optional still gives students a free opportunity to take a college entrance exam. They couch this argument in terms of choice and say that families should have the right to choose whether or not their students take an assessment.

But this line of reasoning incorrectly assumes that all families have the same informational access. They don’t. A 2017 study of six graduating classes in Michigan found that for every ten low-income students who sat for a college entrance exam and were deemed college ready, there were another five who also would have been identified as college ready had they taken the assessment. Once Michigan’s universal-testing policy kicked in, the ACT test-taking rates of low-income students more than doubled, from 35 to 85 percent. That’s a massive jump, and it should raise several questions. How many students didn’t take a test prior to the mandatory policy just because they assumed they weren’t college material? How many kids missed out on higher education and all it has to offer because they didn’t realize they had an opportunity right in front of them? And how many Ohio students will end up in the same boat if state lawmakers succeed in changing our mandatory policy?

The bottom line is that changing the state’s college-admissions-exam policy won’t harm students who are affluent, well connected, or attend high-performing schools. But it can and likely will harm underserved students with fewer opportunities. Data—both quantitative and anecdotal—indicate that a mandatory policy gives underserved students a boost and opens doors that may have been closed otherwise. If lawmakers are interested in crafting education policy that’s in the best interest of all kids, then they need to maintain the state’s current mandatory policy.