What supports do high schoolers need to achieve their college enrollment goals? 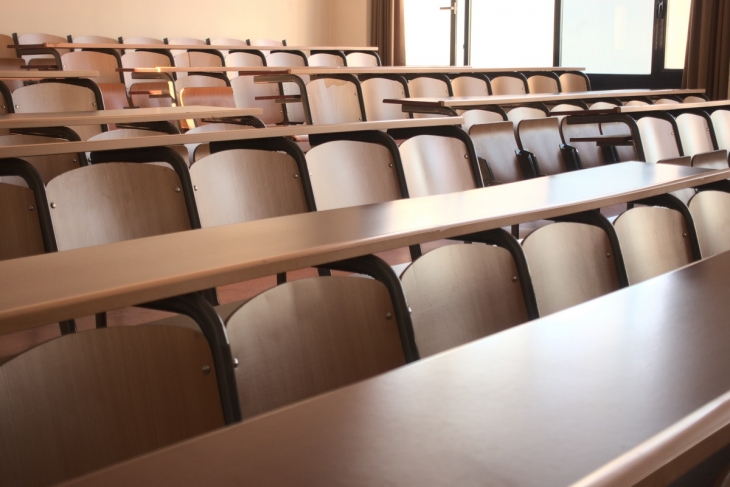 Post-secondary preparation supports are numerous and common in high schools across the country. They run the gamut from Advanced Placement courses and immersive career-technical training to advising and guidance counseling. While voluntary, such supports are often indispensable for students of all backgrounds, especially when the goal is college enrollment. A recent paper provides an interesting case study of one such program in Ohio, aiming to show whether its structure helps build the “cultural capital” of students to help them achieve their college enrollment goals. Even though the data are incomplete, they nonetheless provide insight into students’ engagement in these initiatives.

Researchers from Adrian College, Drexel University, and Bowling Green State University—along with a counseling staffer from Toledo City Schools—looked at the local implementation of a college preparation program funded in part by the federal GEAR UP initiative in an unnamed Ohio high school. The U.S. Department of Education does not codify GEAR UP’s structure, nor do the states receiving funding. The Ohio Department of Higher Education says it is “focused on embedding a college-going culture in targeted schools and communities” through GEAR UP in order “to increase the number of low-income students prepared to enter and succeed in postsecondary education.”

Each grant recipient—generally a consortium of K–12, higher education, and community partners—is responsible for creating a program that it feels is most supportive of its students. The version under study here provides direct student services such as academic coaching, tutoring, and multiple college visits. It also offers parents information about financial aid and how to maximize college fair contacts, as well as providing teacher professional development to support students in their college-going goals. While the state prioritizes lower-income students, most GEAR UP providers don’t limit participation based on income. Students can earn college scholarships via participation, based on their course grades/GPA, discipline and attendance record, community service, and extracurricular activities.

For the program under study, these four activities are measured in a Benchmark Binder that students must compile during high school, along with parental/adult involvement and some bonus activities. Points are assigned on a rubric for each area—with the heaviest weight on academic outcomes and community service—and students who reach a prescribed minimum of points by graduation receive a GEAR UP scholarship (approximately $2,000 to $5,000 per year) to be used at any postsecondary institution of their choice. A high school teacher and four graduate students from a local university partner are available at the students’ convenience to advise, assist, and check progress on Binder completion.

While previous investigations have examined the outcomes of students with GEAR UP access to students without such organized support, the current study looks at a single school where all students had access to GEAR UP but chose varying levels of engagement with it.

The researchers examined a sample of the seniors in the graduating class of 2011, all of whom indicated that they planned to pursue higher education after graduation. Just over 58 percent of the sample were categorized as “active”—that is, they completed their Benchmark Binder and successfully earned the minimum amount of Binder points by graduation to qualify for the scholarship award—and the rest were categorized as “passive,” not having completed or earned the minimum number of Binder points. While demographic comparison was not a primary interest of the researchers, they note that there were 40 percent more females and almost 10 percent more non-white students in the active GEAR UP group compared to the passive group. There were slightly more than 30 percent more low-income students in the passive GEAR UP case group compared to the active case. Focus group interviews were held with students in both groups to determine motivational differences between then.

The results are reported by areas of similarity and areas of difference between the active and passive groups. For example, average GPA increased and average attendance rate decreased for both groups from ninth grade to twelfth grade, while average student behavioral incidents decreased for both groups. Focus group data indicated that students in both groups realized at some point in their four years that they needed to “buckle down” if they were serious about matriculating, and the language each group used was similar. The later students realized they needed to put in more work to reach their goal, the harder it was for them to do so successfully, whether they followed the GEAR UP protocols or not. Participation in extracurricular activities was reported to be easy for members of both groups thanks to numerous sports offered by the school, while community service hours proved more difficult for both groups. Generally, this was due to the off-campus, after-hours nature of the service opportunities available. Positive adult involvement in activities related to building college-going capital was reported as equally important by students in both groups.

However, it was differences between the groups that ultimately told the tale. Although both groups saw an increase in average GPA over four years, students in the passive group went from just 1.88 to 1.97 while the active group went from 2.79 to 3.17. The active group notched a final GPA average of 2.93 (equivalent to a B), while passive students reached just 2.03 (or a C average). Behavioral incidents among the passive students decreased significantly during their high school careers (from 2.11 incidents per year as freshmen to a dramatically lower 0.31 incidents per year as seniors), but the early suspensions and other disciplinary actions took their toll on many students’ momentum and confidence. By contrast, active students started low (0.19 behavioral incidents per year) and ended even lower (0.06 incidents per year). While these data indicate hugely unequal starting points for students, the ultimate goal of such college preparatory efforts is to equalize them over time. It is specifically these students—those who don’t already have an inside track toward college-going capital through family history, financial support, or early academic success—who need the focused support GEAR UP is meant to provide.

In the end, it is a lost opportunity that the researchers chose not to investigate or report how many students in each group ended up successfully enrolling in college. Did the Binder completion effort help students gain capital they would not have otherwise had? Or was it simply one more checkmark for overachievers? Did students who dismissed the effort as early as ninth grade get to college without GEAR UP? If so, who were they and who or what else guided them to their college goal? Could students who didn’t enroll in college have changed their fate with a stronger or earlier effort to complete the Binder activities? With any luck, the research team will examine questions such as these in future studies.

While there is no one sure path into college, college preparatory programs in our high schools should provide the broadest possible opportunity for students to show what they know and can do. And those opportunities must start early, be aligned to what colleges value, be accessible realistically around students’ lives, and clearly demonstrate their importance to students’ future plans.