What should we make of Ohio’s declining college enrollment rate? 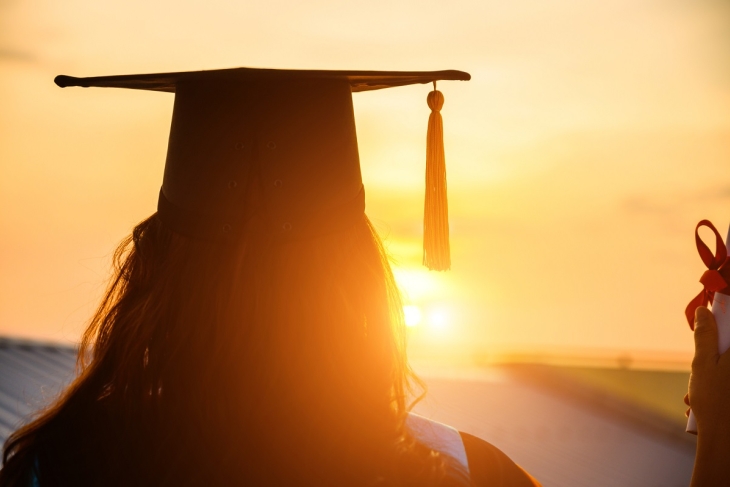 In November, the Ohio Department of Education released the latest college enrollment and college completion rates of Ohio’s high school graduates. Though following national trends, the data are eye-opening, as enrollment rates slumped below 50 percent for the first time since the department started reporting these numbers. Meanwhile, completion rates clocked in at a dismal 31 percent.

The figure below displays data on all the graduating classes for which the department has released data. The lag in reporting is due to the two- and six-year “lookbacks” (discussed in turn) for the college enrollment and completion rates, respectively.

Figure 1: College enrollment and completion rates for Ohio’s classes of 2009–19 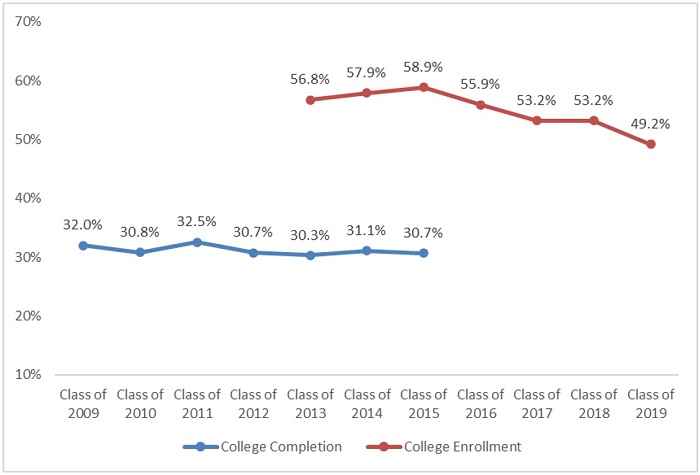 These raw data could be interpreted myriad ways, but here are my thoughts on these trends:

Most of all, the college enrollment and completion data remind us that higher education isn’t the only pathway that Ohio’s young people tread as they enter adulthood. Indeed, it’s no longer the pathway that even a majority of students choose after high school. While these trends could certainly reverse, retooling K–12 education to better balance the needs of college- and career-headed students is long past due.