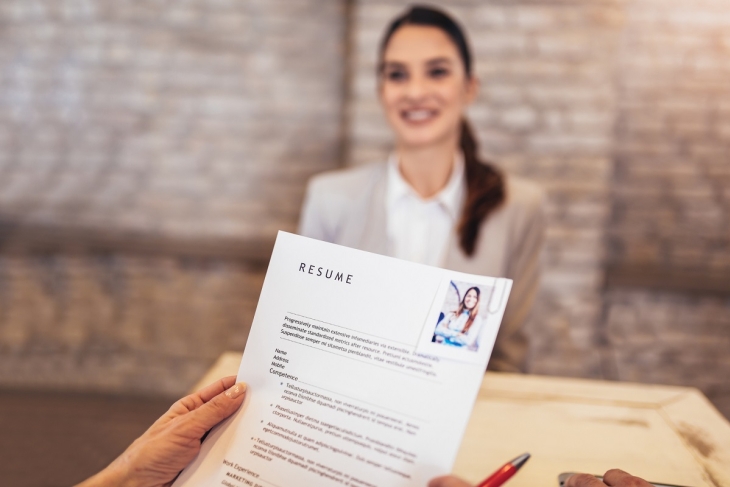 Industry-recognized credentials, which indicate that a student has mastered a specific set of knowledge and skills, offer a plethora of potential benefits. They can lead to well-paying jobs, identify qualified job applicants for employers, and contribute to a healthy statewide economy. A Fordham-commissioned study published this summer found that students who earn industry-recognized credentials during high school tend to have somewhat better work and college outcomes, with the largest impacts seen among students who concentrate in and earn a credential in the same field.

But all this potential comes with an important caveat: Credentials are only valuable if they are in-demand by employers. Students who spend time (and sometimes money) mastering skills that employers aren’t looking for can be shut out of well-paying jobs just as easily as those who have no credentials at all. As such, it is crucial for state leaders to make sure that the credentials they promote—and those that students earn—are aligned to employer demand. This is especially true in Ohio, where credentials are included in the state’s high school graduation requirements and school accountability system, and are a key feature of several statewide workforce initiatives.

A recent analysis of Ohio’s K–12 industry credential landscape by ExcelinEd, a national educational advocacy organization, and Lightcast, which specializes in labor market analytics, sheds some much needed light on the issue. The analysis examines two types of credentials in Ohio—those that were “promoted” via a 2022 master credential list, and those that were earned by students in the 2020 graduation cohort—to determine whether they are aligned with employer demand.

Unfortunately, the findings indicate significant misalignment between the credentials employers demand and those that are promoted by the state. A whopping 68 percent of credentials—314 of the 464 that appear on the promoted list—do not have “meaningful labor market demand,” which means there are fewer than twenty-five annual job postings statewide that requested the credential. An additional 3 percent are oversupplied (there are more credentials earned than requested by employers in job postings), and 3 percent are general career readiness credentials that are not occupation-specific. That leaves just 25 percent that are identified as undersupplied, and an additional 2 percent that are considered “aligned” between supply (the number of credentials earned) and demand (the number requested in job postings). When advertised wages are added to the mix, only 22 percent of credentials on the list have at least twenty-five job postings a year, offer hourly wages above $14.90, and aren’t considered to be oversupplied or general career readiness.

For a different view of this misalignment, consider Ohio’s Innovative Workforce Incentive Program (IWIP), which provides grant funding to school districts to help them establish new programs for students to earn qualifying credentials in “priority” industry sectors. Approximately $25 million in state funds were allocated for this program, and when a student earns a qualifying credential, their school receives an additional payment of $1,250. But according to ExcelinEd and Lightcast, 63 percent of the credentials on the state’s IWIP incentive funding list—which contains 110 credentials—were not demanded by employers.

This isn’t the first time Ohio has been informed of its credential misalignment. ExcelinEd and Lightcast (which was known as Burning Glass Technologies at the time) conducted a similar analysis back in 2019. It found that, although Ohio was “moderately aligned” in terms of supply and demand overall, thousands of high schoolers were earning credentials that very few employers demanded. At the time, their findings were troublesome, given data showing that more Ohio students were earning credentials than ever before. Now, in the wake of a pandemic that’s impacted education and the job market, Ohio leaders should be even more concerned.

But there is an important caveat. In this analysis, employer demand is based on signaling, which means employers must mention the credential in their job postings in order to signal that it’s in demand. It’s possible that many of the credentials on the state’s list that have been labeled as having no meaningful labor market demand actually are in demand. Employers just aren’t effectively communicating what they value.

The analysis offers two additional recommendations. First, state leaders should focus on only promoting credentials that are part of pathways that lead to valuable occupational fields and high-wage jobs. Having a list of promoted credentials is great policy, but if that list contains credentials that aren’t in demand or that lead to low-paying jobs or industries that are already awash with job-seekers, the state becomes inadvertently responsible for steering students in the wrong direction. State leaders should work to establish linked experiences—combinations of postsecondary courses, industry credentials, and work-based learning—for students in valuable career pathways, and steer students away from credentials and pathways that aren’t in demand.

Second, state leaders must collect and analyze high-quality data on the credentialing sector. It’s important to identify which credentials are part of high-quality pathways, which students have access to those pathways, and which credentials and experiences have the best return on investment for students, communities, and the state. Without such detailed data, it will be impossible for Ohio to capitalize on the potential of industry-recognized credentials.