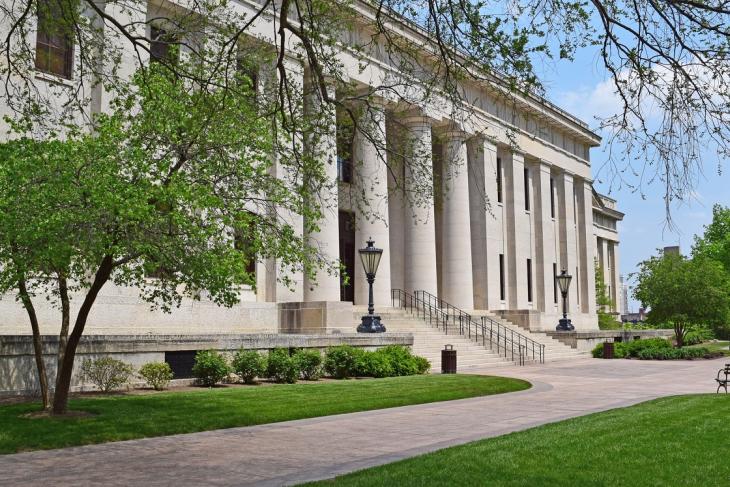 NOTE: Today the Ohio Senate’s Education Committee heard testimony on Senate Bill 110, a measure which would alter the state’s current academic distress framework for consistently low-performing school districts. Fordham vice president Chad Aldis testified as a proponent of the bill. This is the written version his testimony.

As many of you know, Fordham has long been a strong supporter of school accountability and transparency. We believe that families and taxpayers deserve to have clear information about their schools and that they have the right to be involved in decision making. We also believe that the state has a responsibility to ensure that low-performing districts and schools improve for the sake of their students.

The academic distress commission (ADC) model was created back in 2005 to do just that. In 2015, this body modified the original law via House Bill 70 in an attempt to allow for even stronger interventions. Those interventions substantially lessened the power of the local school board and empowered an ADC-appointed CEO. As implementation has rolled out, ADCs have been subject to significant controversy and criticism. There is no doubt that some of this criticism is warranted. The ADC model that is currently in place does lessen local control of schools, and it’s true that appointed CEOs aren’t required by law to be as transparent or accountable to local citizens as traditional district boards and superintendents.

Some have argued that the best way to solve these problems is to abolish the ADC model entirely. But doing so would be unwise. The state still has an obligation to taxpayers and families to step in when students aren’t being served well, and the districts currently under ADC control have demonstrated weak academic attainment and low levels of student growth. Some of them have struggled for a decade or more. Jettisoning the ADC model rather than improving it would be politically popular, but it would come at the expense of students.

Senate Bill 110 strategically addresses some of the underlying issues of the current ADC model without giving poorly performing districts a free pass. Under this bill, struggling districts would still face pressure to improve, but state intervention would be more transparent and more open to local feedback and input.

SB 110 also requires more engagement from the state auditor and Ohio Department of Education. Under current law, ODE can choose to conduct a “site evaluation” of a building or district. The bill would instead require the department to conduct a site visit each year in Lorain—an important change given that successful turnaround efforts in other states have mandated similar oversight and engagement. Meanwhile, the state auditor would be required to conduct annual performance audits for the district, providing independent, third party help that would improve ADC performance and efficiency.

Despite these promising provisions, there are a few additions that would make Senate Bill 110 even stronger. First, the bill as written only applies to Lorain City Schools. We recommend that the common sense changes proposed in this bill be put in place for all districts currently under ADC control, as well as those that will be placed under ADC control in the future. Second, the bill as written would allow local school boards to request a performance evaluation of the CEO up to four times per year. While it is vital that the CEO receive an annual performance review, doing so four times a year is excessive. We recommend that this provision be changed to limit the number of CEO evaluations to two each year.

Improving low performing schools is hard work. But it’s not impossible. In New Orleans, school turnaround efforts have led to an increase in student achievement, high school graduation, college attendance, and college graduation. In Massachusetts, evaluation by Harvard researchers has shown strong academic gains for students attending Lawrence School District, the first Massachusetts district to go into state receivership. If Ohio wants to follow in the footsteps of these successful turnaround efforts, it needs to do the work to find a balance between local control, strong accountability, and transparency rather than just throwing in the towel. We believe that Senate Bill 110 is a positive step in that direction.