Testimony given before the Ohio Senate Education Committee – 5/29/19 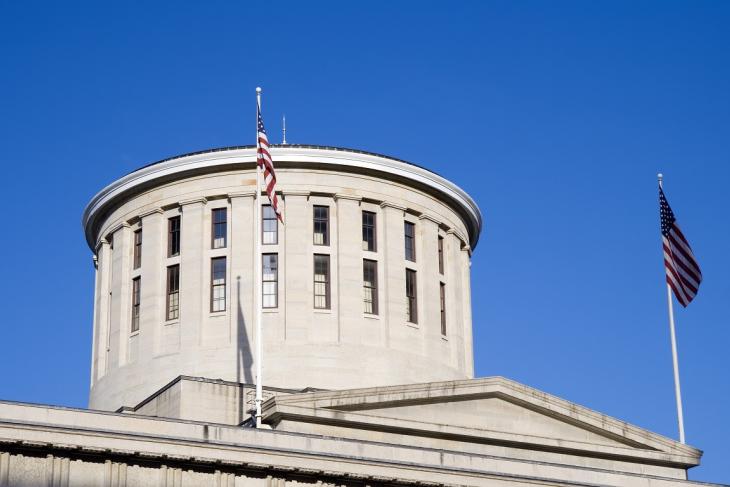 NOTE: Today the Ohio Senate’s Education Committee heard testimony on the state’s current academic distress framework for intervening in for consistently low-performing school districts. Fordham vice president Chad Aldis testified as a proponent of the bill. These are his written remarks.

Fordham believes that every student should be well-prepared to achieve success as an adult. To that end, we support efforts that ensure all students have opportunities to attend high-quality schools and exit high school with the knowledge and skills necessary for college, career, or military service. We also believe that the state has a responsibility to ensure that low-performing districts and schools improve for the sake of their students.  Evidence from top-performing states show that adopting rigorous accountability policies—and sticking with them—can lead to strong improvements in student achievement, especially among less advantaged children.

In 2015, when this body reworked the original academic distress commission (ADC) law via House Bill 70, the motivation behind the changes was simple: Persistently low-performing schools weren’t making significant improvements and stronger interventions were needed. Despite these good intentions, HB 70 has resulted in considerable controversy and criticism—especially from local school boards, as the updated law substantially lessened their power. This diminishing of local control, combined with the inherent difficulty and complexity of school turnarounds, has caused significant frustration.

In an attempt to address the controversy, representatives in the House included provisions from a separately proposed bill within their changes to the proposed state budget. These provisions would dissolve all current academic distress commissions and prevent the establishment of new commissions. They would also require schools (rather than districts) with an overall grade of F to establish improvement teams and implement an improvement plan if it receives an overall grade of F for a second consecutive year.

There are several reasons why this body should reject the House’s changes. First, although jettisoning the ADC model rather than improving it would be politically popular, it would come at the expense of students. The districts currently under ADC control have consistently weak academic growth, low college completion rates, and few students reaching proficiency in basic subjects. Some of the districts have been performing poorly for ten years or more. Their schools are producing graduates who aren’t prepared for college or the workplace—and families, communities, and local businesses are paying the price.

But don’t take my word for it. Recently, the Senate Finance Subcommittee on Primary and Secondary Education had the chance to hear testimony from administrators, former teachers, and parents in Lorain and an ADC member in Youngstown. While I won’t rehash their powerful words, I would like to point out three common threads that are woven through their remarks. First, they asserted that state intervention in their district was needed after years of poor performance and neglect by local school boards and leaders. Second, they emphasized that the media and critics of ADCs are failing to tell the whole story of what’s happening on the ground. Prior to the creation of an ADC, they argued, local leaders ignored community input and worked only in their own best interest. Now that these leaders out of power, they’re fighting to regain it by magnifying problems and sowing discord. Third, both Youngstown and Lorain have seen progress while under the aegis of an ADC. There is still plenty of work to be done, of course. But these districts may very well be on the right path, and turning them around completely will take time. If the state doesn’t give the current law time to work, it risks any progress that has been made.

If these views aren’t compelling enough to reject the House’s changes, consider the problems with what they’ve proposed:

First, the provisions do not address what happens when schools fail to improve after four years of local intervention. The state has an obligation to families and taxpayers to step in when students aren’t being served well, and four years of consecutive F grades is a pretty clear indication that something is wrong. If local districts can’t improve on their own within four years, then the state needs to step up and intervene.

Second, there are no clear exit criteria for schools that improve. This leaves school improvement at the mercy of the interpretation of state-level bureaucrats, and prevents schools that are under the “in need of improvement” label from setting and achieving clear goals and benchmarks.

Third, schools are not required to track student achievement and student growth as part of their improvement plans. Given that achievement and growth are the most heavily weighted measures in determining a school’s overall grade, it seems nonsensical that improvement teams and plans wouldn’t be focused on improving these measures. It is also troubling that the bill doesn’t seem interested in requiring schools—whose primary purpose is to educate children—to track objective measures of academic progress.

Fourth, there is no mechanism for making sure that improvement plans are actually evidence-based. The district board and superintendent are required to review the plan and seek community feedback, but there is no objective entity that is charged with making sure plans are based on rigorous evidence. Prudence suggests it might be smart to have the department use its technical expertise to develop an expansive menu of evidence-based reforms that districts could choose from, though there should also be an appeals process in place in case a local plan is developed that seems promising but hasn’t yet shown widespread success.

As you weigh ADC law and the larger question of how best to intervene in low-performing schools, I urge you not to repeat the mistakes made by the House. Additionally, remember why academic distress commissions were established in the first place. Every student deserves to attend a high quality school, and the state has an obligation to ensure that persistently low-performing schools are both held accountable and spurred toward improvement. The stakes are extremely high for the students in these schools, and they can’t afford to restart the clock and wait for even newer reforms to be implemented.