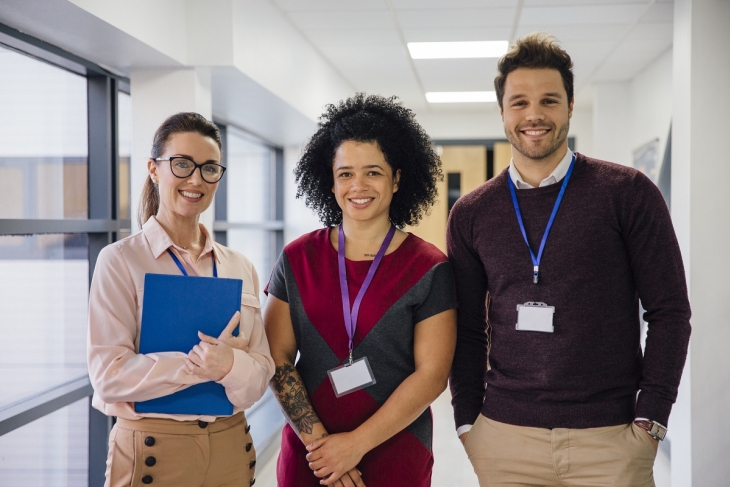 Sylvia Allegretto and her colleagues at the union-backed Economic Policy Institute (EPI) have been arguing for over eighteen years that teachers are underpaid. Her latest in a long line of reports on the topic was published in August and follows the same methodology as all previous versions.

Using data from the Bureau of Labor Statistics (BLS), Allegretto compares teacher wages and benefits in all fifty states and the District of Columbia to those of a large group of workers in a BLS classification known as “civilian professionals.” This is, Allegretto writes, the “broadest category available that corresponds with all college graduates,” and thus is felt by EPI to be the most directly comparable with teachers. Wages comprise regular pay as reported to the IRS, which includes both direct pay for hourly or salaried work and supplemental pay for things like overtime, bonuses, profit-sharing, and paid leave. The benefits category includes health and life insurance, retirement plans, and payroll taxes such as Social Security, unemployment, and workers’ compensation. All forms of compensation are reported on an earnings-per-week basis, which Allegretto says adjusts for the fact that most teachers do not receive pay for their regular jobs during the summer. My Fordham colleague Aaron Churchill took issue with this methodology upon the release of a previous version of this report in 2016, partly because it assumes that all bachelor’s degrees represent a similar level of skills, and also because it ignores the fact that, even during the school year, teachers report working fewer hours than other professionals.

The findings from 2021 are in line with EPI’s earliest analysis. To wit, teacher wages lag that of civilian professionals, just as they have done in every studied year since 1996. In 2021, the wage gap between the two groups was the largest EPI’s analysts have ever seen: 23.5 percent. It is, as ever, headline news.

Inflation-adjusted average weekly wages of teachers have been relatively flat since 1996—increasing just $29 between 1996 and 2021—while the comparison group of college graduates rose by $445. Allegretto notes that there have been some time periods when the gap narrowed and others when the gap increased, generally based on broad economic trends. She wisely points out that wage volatility—both upward and downward—impacts teachers less than civilian professionals because teacher pay scales are set by long-term contracts. Allegretto also discusses pandemic labor market disruptions, concerned that they could distort the methodology EPI has been using. However, data suggests that college-educated workers were much less affected by the pandemic than were other workers. Thus, the previous methodology remained in place with the caveat that “any pandemic-related issues with the data that come to light will be addressed in future updates.”

Benefits are, unsurprisingly, higher for teachers than for the comparison group. This has also been a steady trend over all the years of study. In 2021, the benefits gap favoring teachers was at the highest level ever seen: 9.3 percent. Combining the wage and compensation gaps results in a total compensation gap of 14.2 percent, with civilian professionals coming out on top.

Allegretto includes numerous breakdowns of the wage differential by itself—male teachers fare worse than females, teachers in Colorado have a far larger gap than their peers working in Rhode Island, etc.—but not for the combined wage/benefits differential. Those data would likely impact the conclusions of the report and perhaps change the headlines they generate.

The Fordham Institute reviewed EPI’s first report on teacher compensation back in 2004. Their methodology hasn’t changed and neither have our quibbles with it. The comparison group of workers is needlessly broad; the difference between free market and union-negotiated wages and benefits is treated as a statistical quirk rather than a heavy thumb on the scale of supply and demand; and teacher scheduling (school day schedules, summers off, etc.) is averaged out of the equation, despite it likely being a hugely valuable non-monetary incentive for many teachers (not to mention the popularity of those schools with four-day weeks).

There’s another unanalyzed factor to consider that’s become a larger issue recently. With baby-boomer teachers retiring en masse, the average teacher is much younger and less experienced than in previous years. This “composition effect” drives down average salaries. But that’s a statistical mirage, as the inflation-adjusted pay for teachers at any given point on the pay scale (new teachers, ten years of experience, etc.) is up sharply. Comparing teachers to workers with similar skills and similar years of experience would significantly change the outcome.

But to add a new question into the ongoing discussion: What if we assume for a moment that EPI’s analyses have all been right and that their overriding call throughout the years—more pay for teachers!—should have be heeded following the release of at least one of these recurring reports since 2004. Why hasn’t it? Each iteration of these EPI reports has concluded with some tie in to current events to attempt to ground and amplify that call. “Now more than ever...” But neither housing bubble nor Race to the Top nor Great Recession have done anything to change the trajectory of teacher wages and benefits, nor the gap between them and their nonteacher professional peers. Why not? Now that would be some valuable research. Perhaps the latest call—tied to a putative teacher shortage—will be the one that finally works to get policymakers to see the light. Or perhaps it won’t.