Supporting English language learners and students with disabilities during the pandemic 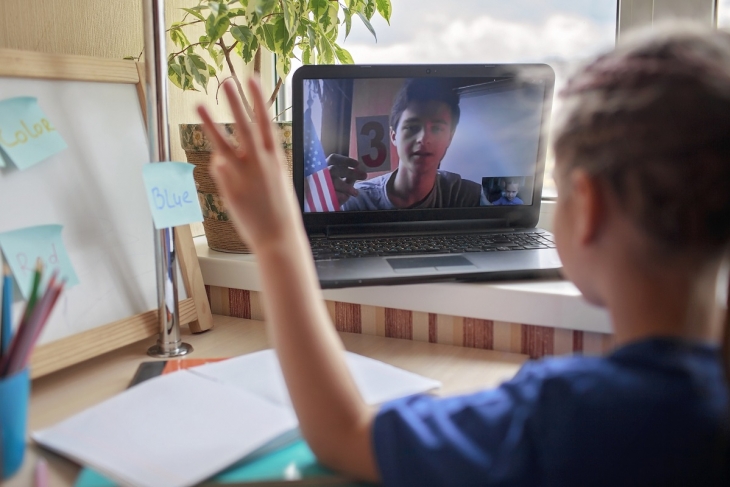 Two groups likely to be disproportionately affected by Covid-19-related learning disruptions are students with disabilities and English language learners. A pair of new research briefs from the American Institutes for Research, part of a larger series of releases, provide insight about charter and district schools’ efforts to provide quality services to these at risk student groups. From May 20 through September 1, leaders from a nationally-representative group of school districts and charter management organizations responded to a survey that covered school closures, distance learning approaches and challenges, grading and graduation, staffing and human resources, and health, well-being, and safety.

The brief spotlighting English language learners (ELs) includes data from over 750 survey respondents from across the country.[1] Researchers were interested in two specific areas of support for ELs: The types of resources provided to students and families and the instructional expectations of teachers.

The good news is that a majority of respondents reported providing EL-specific distance learning resources, learning materials in Spanish (no other language provision was queried), and interpreters or liaisons for EL families. The less-good news is that district typology mattered greatly in these responses. Rural districts were far less likely to provide these supports than were their urban counterparts, and districts with lower percentages of ELs were also less likely to provide them than districts with high percentages of ELs. While this may seem like a logical outcome—more ELs means more supports for ELs—it could also mean tens of thousands of English language learners all over the United States were receiving little or no targeted educational support at this most critical time. It also seems to bolster what other evidence indicates: The robustness of a school’s educational program prior to the pandemic is a good indicator of how well it pivoted to a distance learning model.

The spotlight on students with disabilities (SWDs) illustrates almost across-the-board struggles for respondents. Closed-response survey items ask about schools’ ability to properly comply with various aspects of the federal IDEA law during a pandemic and to provide “typical” support services to SWDs and their families—think accommodations for completing in-class work, one-on-one supports, and the like.

There was one open-ended survey item which provides some encouraging news for the 2020–21 school year. The question asked “Has your district used any other strategies not mentioned in previous questions to support SWDs in a distance learning environment?” Innovations described by respondents included implementation of live telehealth therapy sessions, efforts to replicate the classroom environment in students’ homes, and an increased commitment of time and personnel for one-on-one virtual interaction with school staff and SWDs. Hopefully, these innovations have been replicated, boosted, and sustained.

[1] The AIR briefs, including these two, all use the term “district” universally when speaking of survey respondents; it is assumed here that the term includes charter schools and charter management organizations, but the veracity of that assumption is unclear from these briefs or the survey’s technical supplement. CMOs were surveyed, but their responses are not, it appears, separated from those of traditional districts.