Standardization: How Ohio’s students with special needs may be affected by ESSA’s graduation provision 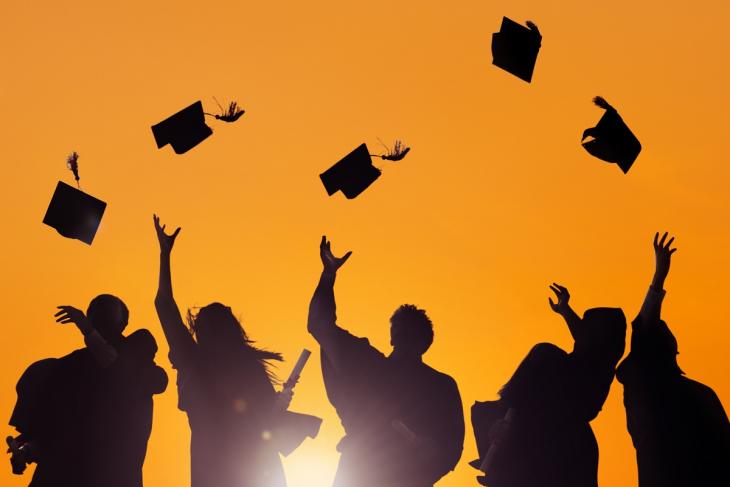 But there is one under-the-radar ESSA provision that could have a significant impact on Ohio. ESSA explicitly says that when calculating four-year adjusted cohort graduation rate, states can only use the percentage of students who earn a regular high school diploma. This diploma is defined as “the standard high school diploma awarded to the preponderance of students in the State that is fully aligned with State standards.” While there’s nothing stopping states from awarding multiple diplomas, the four-year graduation rate that they report to the feds can only be based on a single diploma—whichever one the majority of students earn.

This could have implications for how the state handles graduation for students with special needs, who represent about 15 percent of Ohio students. In a recent presentation to the State Board, the Ohio Department of Education (ODE) put it this way:

Previously, Ohio permitted Individualized Education Program (IEP) teams to exempt students with disabilities from being proficient on end-of-course tests in order to receive a diploma. If a student was determined to be exempt, they were awarded three points—the equivalent of a proficient score—for each exempted test required for graduation. Under ESSA, a state may still grant these students a diploma—but they will no longer be able to count them when calculating their graduation rates for the feds. This is because ESSA’s definition of a regular high school diploma “does not include a recognized equivalent of a diploma, such as general equivalency diploma, certificate of completion, certificate of attendance, or similar lesser credential.” In non-regulatory guidance released earlier this year, the U.S. Department of Education noted that a diploma based on meeting IEP goals does not count for the purpose of calculating the four-year adjusted cohort graduation rate. In layperson’s terms, this means that students with disabilities cannot be excused by their IEP team from meeting the requirements of a regular diploma and still be counted in the state’s graduation rate. Take a look at how ODE has defined the implications of this provision:

Just to drive the point even further home, consider ODE’s analysis of the 2015-16 graduation rate for students with disabilities under the former federal law versus the new one.

Which brings us to an interesting question: Could this underlying issue have provided fuel for the push to adopt an alternative graduation pathway during the state budget cycle?

This summer Tom Gunlock, former president of the State Board of Education, outlined a few reasons why the legislature shouldn’t alter graduation requirements. Although legislators failed to heed his warning, and the requirements are now enshrined in law for the class of 2018, it’s worth noting that one of his points was related to the changes to special education graduation requirements. He highlighted a telling example from Dayton City Schools:

For example, the graduation rate in Dayton City Schools for the Class of 2015 is 75 percent. That figure is close to the average proficiency rate of OGT tests administered to those students in March of 2013. Compare that to the graduation rate for students with disabilities among the Class of 2015, which is just under 64 percent—even though their average OGT proficiency rate is only around 27 percent. I’m no mathematics scholar, but even I can see the numbers don’t add up.

Gunlock went on to note that districts’ knowledge of the looming gap between how students with disabilities previously counted toward the graduation rate and how they would count in the future could have been the reason for the panic about an impending “graduation apocalypse.”

To be clear, there is no way—yet—to know whether or not that’s true. Many folks arguing in favor of the alternative requirements claimed that they were only concerned about students’ familiarity with the tests—since students were still adjusting to new, more rigorous EOCs, passage rates would be low, and a significant number of Ohio students would fail to graduate. But the fact that students with disabilities had been granted diplomas en masse without passing state assessments may very well have resulted in a significant exaggeration of the impact that the EOC requirements were having on the graduation rate. In the end, ESSA’s definition of a standard diploma would have lowered the graduation rate anyway.

The graduation “fix” has been pitched as a temporary exemption and one-year opportunity for the class of 2018. But if history is any indication, there will be an enormous push to make it permanent. It’s not hard to understand why Ohio policymakers might feel pressured to lower expectations. But here’s hoping legislators remember that it’s bad for kids in the long run to do so. It sells all students short, but none more so than the many students with disabilities who aren’t cognitively impaired and deserve to be held to the same high expectations as their peers. This is an important issue that needs to be considered before any additional efforts are made to alter Ohio’s graduation requirements.