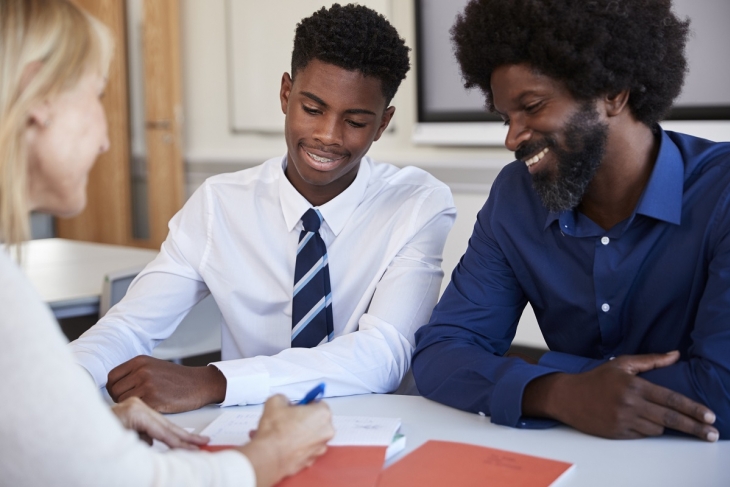 For nearly twenty years, EdChoice has provided tens of thousands of students with the opportunity to attend private schools via state-funded scholarships, also known as vouchers. Eligibility for “performance-based” EdChoice has traditionally been tied to school report card ratings; students who were slated to attend a school designated by the state as low-performing were able to apply. “Income-based” EdChoice scholarships, on the other hand, are available for students whose families fall below a certain income threshold.

The legislature didn’t stop there, though. The recently passed budget also made some big structural changes, including eliminating the cap on the number of EdChoice scholarships the Ohio Department of Education (ODE) can award each year, increasing the maximum scholarship dollar amounts, and directly funding EdChoice scholarships rather than relying on deductions from districts’ state aid.

These are important adjustments, and they’ll certainly revolutionize Ohio’s voucher landscape on a broad scale. But the budget also included some smaller, under-the-radar provisions that could have a huge impact on individual students and families. Here’s a look at three important ones.

The budget identifies several new groups of students who will be automatically eligible for an EdChoice voucher. For example, scholarships are now available for foster children and kids who have been placed with a guardian, legal custodian, or kinship caregiver. Such a small tweak may not seem important to those who have no experience with child custody issues. But kids in foster care move far more often than their peers, and that can mean changing school districts, as well. Being able to enroll in a private school—and remain enrolled despite changes in their home address—gives kids consistency and stability. Students who are placed in foster homes or with legal guardians may also have unique needs that require specialized attention. For foster parents or legal guardians who can’t afford private school tuition, a voucher could be a crucial lifeline that allows them to find the school that best meets their student’s needs. Eligibility has also been extended to students who live in a foster home but aren’t a foster child themselves. This is hugely important because it’s much easier for families to manage transportation, extracurriculars, adult involvement, and myriad other issues when kids attend the same school.

The budget also extends EdChoice eligibility to students who were previously diagnosed with special needs. In Ohio, there are two voucher programs that serve students with disabilities: the Autism Scholarship Program and the Jon Peterson Special Needs Scholarship Program. To take advantage of these scholarships, students must have a current IEP through their district of residence. When students no longer require special education services, they cease to be eligible for a voucher. For families who wish to keep their student enrolled in private school but can’t afford it without assistance, this loss can be devastating. Thanks to the recent budget, however, these families will have the option to smoothly transition to the EdChoice program.

One of the longstanding issues with performance-based EdChoice is that it can be difficult for families to determine whether their children are eligible. Neither ODE nor traditional public districts are required to notify parents if their child attends a designated school. Nonprofit organizations, like School Choice Ohio, work incredibly hard to notify parents of their eligibility and answer questions, but their reach is limited and their work contested by powerful entrenched interests. Parents who are savvy enough to find the designated school list that ODE publishes annually can track down their eligibility status, but that assumes they know where to look.

A provision in the state budget should remove some of the guesswork. It requires ODE to create a system that allows families to input an address and receive a response within ten days that confirms whether the student living at that address is eligible for EdChoice. To keep the system updated, districts will be required to provide the attendance zones of their designated buildings by January 1 each year. Districts are also prohibited from contesting eligibility determinations. This isn’t a perfect solution. Ideally the system would be able to confirm eligibility immediately. But this is far better than the status quo, and should make it easier for parents to determine their options.

Additionally, ODE must now determine if students are eligible and notify them within forty-five days of receiving their application for any of these three programs. Under current rules, families must be notified within thirty days of ODE making a decision, but there are no specifications for how long the department can take to actually make their decision. This means that families could be waiting for months to find out whether they’ve been awarded a scholarship. These changes will ensure that families get a quicker turnaround on scholarship status and can plan accordingly for the coming fall.

Over the last few years, Ohio has seen plenty of changes to its five voucher programs. Expanded eligibility, increased dollar amounts, and the transition to direct funding are huge improvements. But seemingly small changes—guaranteed eligibility for vulnerable students, better information, and a clearer application process—deserve praise, as well. These provisions will make voucher programs work better for students and families. And at the end of the day, that’s what matters most.