A national look at charter school enrollment trends during the pandemic 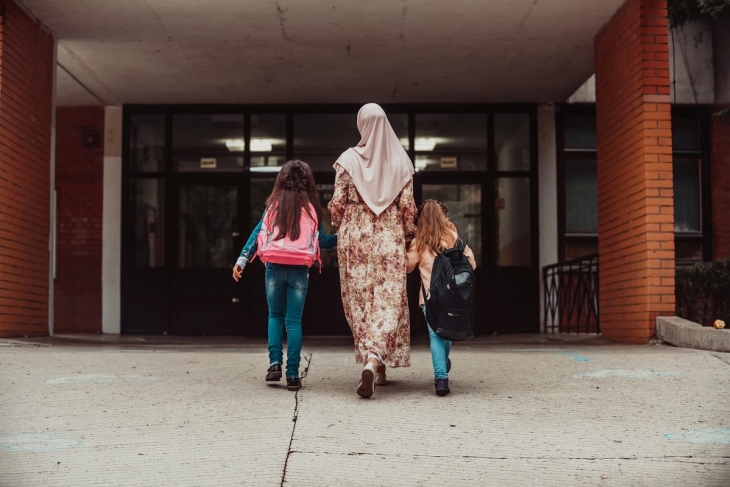 A recent, state-level report from the National Alliance for Public Charter Schools (NAPCS) seeks to shed some light on how many families made a school change during the pandemic. Comparing enrollment numbers from various states can be difficult as each jurisdiction has its own reporting protocols. For the sake of this analysis, NAPCS used statewide enrollment figures that were either generated or verified by state education agencies. Seven states—Kentucky, Montana, Nebraska, North Dakota, South Dakota, Vermont, and West Virginia—don’t have charters and thus were not included. Two states that do have charters, Tennessee and Kansas, were excluded due to missing or unusable data. That left forty-two states, including the District of Columbia, with usable data.

In terms of percentage changes between 2019–20 and 2020–21, four states had charter enrollment increases over 20 percent: Oklahoma (nearly 78 percent), Alabama (65 percent), Idaho (24 percent), and Oregon (20 percent). Decreases in district school enrollments were much smaller and ranged from 0.1 percent in Missouri to 6.9 percent in Oklahoma. Fordham’s home state of Ohio fell somewhere in the middle on both counts. Charter enrollment in the Buckeye State rose by 11 percent, while district enrollments dropped by almost 4 percent. In Arizona, an 8 percent increase in charter enrollment combined with a 6 percent drop in district enrollment was enough to make it the first state other than D.C. to have 20 percent of its public school students enrolled in charter schools.

Examining the absolute numbers brings a few other states to the foreground. Oklahoma is still the top charter enrollment gainer with an increase of nearly 36,000 students. But four other states also had significant surges: Texas (29,030 students), Pennsylvania (22,696), Arizona (18,429), and California (15,283). Drops in district enrollment were much larger. California’s district schools lost the most students—a whopping 175,761—and Texas wasn’t far behind with a loss of 151,393. Twenty-one states saw district enrollment losses of more than 25,000 students.

The researchers didn’t conduct a school level analysis, but they did find that, in some states, charter growth was primarily driven by enrollment in virtual schools. Oklahoma, for example, gained tens of thousands of new charter students thanks in part to virtual enrollment. But that wasn’t the case everywhere. Texas had the second largest number of new charter students, but its growth wasn’t attributable to full-time virtual schools. The maturity of a state’s charter sector didn’t seem to affect charter enrollment, either. Some of the nation’s most mature sectors, like D.C. and Louisiana, had only modest growth, while other mature markets like New York posted significant gains. It’s also worth noting that, although we don’t yet have new school openings data for 2020–21, it’s reasonable to assume that fewer startups opened their doors during the pandemic. If that is indeed the case, families seem to have maximized what was available.

Overall, the authors were careful to note that it’s still too early to draw any firm conclusions about why enrollment in charters increased. But one thing is for certain: Charter schools continue to be a critical part of the public school ecosystem, and the pandemic made them even more so.