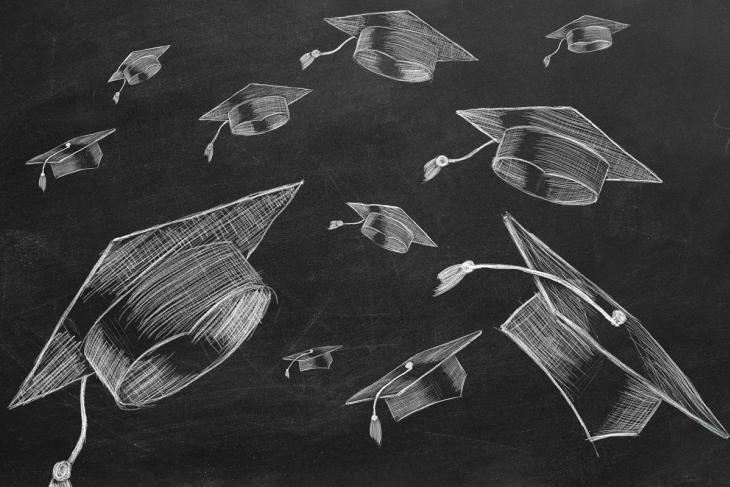 Ohio and other states are working hard to increase the postsecondary readiness of high school students, but it is not at the state level where readiness actually occurs. Schools themselves are the conduit, and their leaders are the providers of readiness pathways, such as early college courses and career training programs. Why then does a significant body of evidence suggest that high school grads remain underprepared for both college coursework and employers’ skill requirements? A new report surveys teachers and principals across the country to get their perspectives on the availability and quality of today’s postsecondary readiness pathways. It indicates that educator complacency may be a big part of the problem.

Data come from spring 2019 surveys administered to nationally-representative samples of public school teachers and principals via RAND’s American Teacher Panel and American School Leader Panel, respectively. Both are part of the Learn Together Surveys, funded by the Bill and Melinda Gates Foundation. Specifically, the report covers the responses of 2,141 teachers and 770 principals in charter and traditional district schools serving students in grades nine through twelve. Respondents were asked about the availability and quality of postgraduation transition supports for college and careers, whom they perceive as holding responsibility for student readiness, the extent to which students have equitable access to information and supports, and what changes might be needed to improve access to and quality of transition pathways.

A huge majority of both teachers (87 percent) and principals (72 percent) expressed positive opinions about the quality of their own schools’ supports for students’ future career preparation. There was very little variation in this pattern, with only teachers in high-poverty schools expressing less than overwhelming positivity. However, it is unclear from whence this certainty comes. For example, almost half of the surveyed teachers reported having no information or resources about apprenticeships to share with students, and another 20 percent reported never sharing the apprenticeship information they had with any students. Similarly, more than half of principals reported having no access to data on their students’ postsecondary remedial education or graduation rates. And while most teachers (61 percent) reported that high-achieving students were well supported for postsecondary transitions in general, support rates for underachieving students (32 percent), minority students (43 percent), and low-income students (44 percent) were much lower.

Teachers and principals reported that postsecondary readiness pathways and services were readily available, which include advanced courses like AP or IB, dual enrollment, ACT/SAT prep, college application help, and FAFSA assistance. Supports for non-four-year pathways were also reported to be readily available, but the positivity expressed in that general category of support does not reflect the minimal amount of information sharing reported by teachers to students regarding things like part-time jobs or technical training programs.

In a bit of a surprise, teachers in urban and high-poverty schools reported significantly higher rates of data access than teachers in nonurban and low-poverty schools—things such as FAFSA completers, College Match scores, and SAT/ACT scores. Additionally, high-resource schools do not have more supports for college and career pathways than lower-resourced schools. Instead, school context (rural versus urban areas) and local employment levels were reported as playing a large role in the availability of supports. Principals tended to provide more-favorable responses than teachers about available services.

As to responsibility for readiness, the survey findings are high across the board. Teachers and principals put a high level of responsibility upon themselves for ensuring student readiness, but it is telling that parents were ranked equally high and that students themselves were seen as being even more responsible for it. With the reported gaps in information availability and distribution, this responsibility ranking should raise some alarm bells.

Be it career, college, or military, there is no pathway to postsecondary success that does not go through our nation’s high schools. Principals, teachers, and staff play a critical role in brokering access to college and career information and resources, not to mention providing many of the academic and soft skills needed to access a job or a college major. Thus, schools are responsible for allocating access to supports for each pathway and providing the students they serve with the opportunity to strengthen or combat disparities in both utilization and outcomes. Teachers and principals vary widely on their perceptions of the data they have, the quality of it, and the distribution of that information to their students. All of this bodes ill for the students who look to them for the key to their futures.