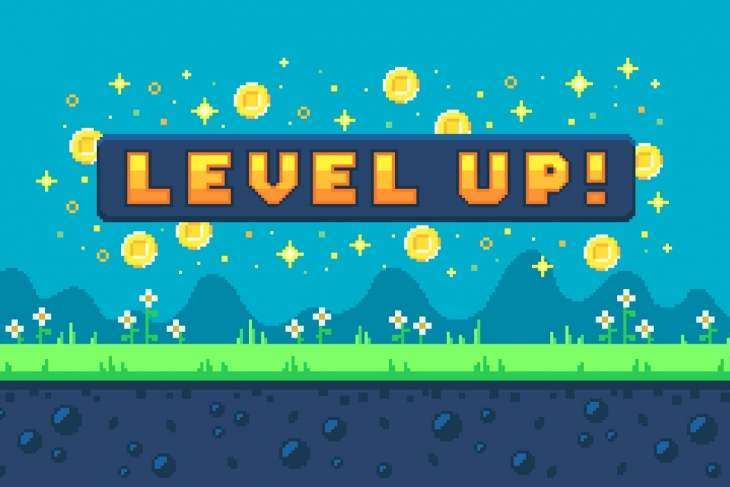 Research has shown that the human visual system is generally better at processing information that’s oriented in the horizontal and vertical planes—that is, up and down or left and right—in relation to the viewer, than information oriented at other, slanted angles. In the natural world, for example, our visual systems are better with tree trunks and flat landscapes than sloped roofs and hillsides. The modern built environment contains a preponderance of horizontal and vertical lines, but research is unclear as to whether our visual systems have adapted to the built environment or whether we’ve built that environment to suit our natural preference.

A new paper published in the journal Perception takes this investigation into the digital world where students, teachers, and parents have all been spending a lot more time since March. Lucky for all of us, it seems that human visual processing is more complex, and more adaptable, than previously thought.

The researchers first needed to create a brand new method of testing human response to visual stimuli, one that did not require any motor component other than the focusing of the eyes. By removing any other motor component—pointing, clicking, or even speaking—they could see directly and in real time subjects’ ability to detect target stimuli amid visual “noise” in photographs simply by focusing their eyes on it. The “noise” consisted of randomly-placed white squiggles on a dark background and the targets were a set of five or six aligned squiggles amid them. As in previous, motor-mediated tests, angled targets were detected slower and less accurately than were horizontally- and vertically-oriented targets.

Armed with this new tool, the researchers dropped their college student subjects into the virtual world to see how four hours of immersion in the popular—and rigidly vertical/horizontal—online game Minecraft might change their responses. Both the treatment and control groups were given the visual stimuli test first. Control group members were asked to limit their screen time (including video games, TV, and smart phones) for the same four-hour period that the treatment group was in the game mining, building, adventuring, and avoiding its hostile 8-bit mobs. Then the visual stimuli test was repeated on both groups to see what, if any, changes in response could be detected.

The treatment group showed a modest but statistically-significant boost in the speed and accuracy of their detection of vertical and horizontal stimuli. Though neither group evidenced any changes in their ability to detect stimuli on slanted angles. The researchers conclude that, far from damaging young eyes, virtual immersion of this type (a 2D rendering of the 3D world) provides benefits that can extend into the real world.

The human visual processing system, likely more complex than originally thought, shows robust adaptability far beyond real-world stimuli. The question of which came first—the horizontal world or our preference for it—remains unanswered. This research, however, seems to set the stage for the ultimate answer. And it’s an important question because we’re facing a new version of the built environment: the virtual built environment. And it looks like we’re all required to adapt to more screen time for a good while to come.