How the coronavirus could impact Ohio charter schools 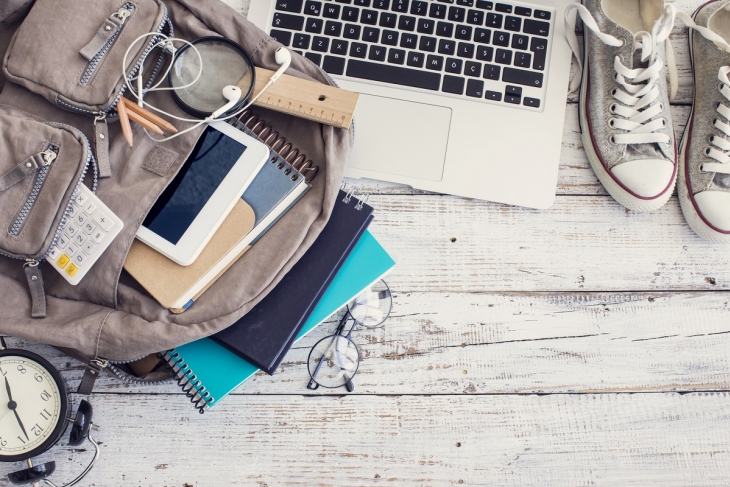 Over the last few months, there’s been no shortage of pieces declaring that the novel coronavirus has drastically and permanently changed everything. Education is no exception.

Most of the press coverage on educational impacts has focused on traditional public schools. That’s understandable, as they educate the vast majority of Ohio students. But school choice options like charter and private schools are also feeling the effects of COVID-19. And although it’s too soon to tell just how much lasting change American schools will face thanks to the pandemic, there are some short-term shifts we can predict and analyze.

Here’s a look at how the coronavirus could impact two major issues for Ohio charter schools—funding and enrollment.

First things first, it’s important to note that Ohio charters have long faced significant funding shortfalls compared to traditional districts. A study published by Fordham last year found that charters in the Big Eight received approximately $4,000 less per pupil than their district counterparts, a whopping 28 percent gap. Districts, meanwhile, claim that they’re the ones who are shortchanged thanks to the state’s “pass-through” funding method. Rather than paying charter schools directly for the students they teach, the state requires funding to go through districts in the form of a deduction to their state aid. This has led traditional districts to claim that charters are “siphoning” money from them, even though the district isn’t educating the students tied to those funds.

Prior to the pandemic, there were increasing calls for the state to transition to directly funding charter schools. This change would have soothed, though perhaps not eliminated, many of the funding tensions between districts and charters. Unfortunately, such a shift will be significantly harder as the state tries to address other pandemic-caused fiscal challenges. School districts are probably still open to a change, but it’s highly unlikely the state will be able to tackle an intricate school funding issue in the midst of the current crisis.

Other significant impacts on charter schools caused by COVID-19 are declining state revenues and rising costs. The effect of this financial fallout is two-fold. First and most obviously, charters are facing funding cuts that will hurt their budgets and their capacity to serve kids well. The second impact is more political. The governor’s office recently announced $300 million worth of cuts to traditional K–12 schools. Although charter schools are facing cuts of their own in proportion to their revenue streams and the disadvantaged populations they serve, the media and public school establishment are already suggesting that the charter cuts are not enough. It’s likely that the funding wars will get nastier as both sectors feel the squeeze of tighter budgets—unless Uncle Sam comes to the rescue.

Finally, there’s a possibility that charters may miss out on promised supplemental funding. Last summer, Governor DeWine signed a state budget that included an increase of $30 million per year in state aid for high-performing charter schools. The Ohio Department of Education announced earlier this year that sixty-three schools qualified for the funding. This was a huge win for charter schools. The additional dollars would go a long way toward helping existing charters serve their students well, and would have made it easier to open new schools, expand high-performing networks, and recruit high-performing, out-of-state networks.

That was before COVID-19, though. With an unprecedented budget crisis looming overhead, the state might be tempted to repurpose some of these funds to stem the bleeding in other places. The first round of payments has already been sent to schools, but any plans that were made for the next round of funds could be in jeopardy.

Thanks to months of unexpected homeschooling, thousands of parents have gotten an up-close-and-personal look at what their child’s school is (or isn’t) willing to do to ensure that students are learning no matter the circumstances. If parents don’t like what they’ve seen from their traditional public schools, it’s possible they may start searching for alternative options like charter schools. On the flip side, charter parents who aren’t thrilled with what their schools have done could be gearing up to re-enroll children in their assigned school district. As Douglas Harris notes in a recent piece published by Brookings, any potential enrollment shifts will be determined by one key question: Which schools responded better to the crisis?

The answer to that question isn’t yet clear. Across the country, there are traditional districts and charters that have done a good job transitioning to remote learning, just as there are those that have struggled mightily. Such differences are also on display in Ohio. Overall, it seems like the answer to the “who responded better?” question has less to do with governance structure, and more to do with intangibles like leadership, preparation, and innovation.

Even if charters end up looking attractive to parents, though, Ohio might not see a sudden increase in charter enrollment. That’s because brick-and-mortar charter schools aren’t a viable option in most parts of Ohio. The state currently has 319 charter schools serving just over 100,000 students, compared to 3,063 traditional public schools that serve over 1.5 million children. State law also limits charter schools to opening in a “challenged” school district. As a result, charter schools aren’t a feasible alternative for thousands of Ohio families, even if they wanted to enroll in one.

Virtual charters could step in and fill this void, and it’s possible they may see a jump in enrollment this fall. They are a particularly attractive option for parents who are concerned about potential school closures in 2020–21. If a student is already enrolled in an online school, additional closures and lockdowns wouldn’t disrupt their learning. Virtual schools will also be attractive for parents who are hesitant about the health risks associated with sending their kids back to brick-and-mortar buildings. Enrolling in an online school would keep kids safe at home, while still providing learning opportunities. In either case, what might be the new normal—parents working from home—could lead to an increase in the number of families who opt for virtual charter schools.

It’s also important to remember that charter school enrollment could be impacted by the budget crunch. If schools have to lay off teachers to balance their budgets, or if funding for larger or improved facilities dries up, charter leaders may have to curtail expansion efforts or put a cap on incoming classes. They may have to do that regardless, since recruiting new students is far more difficult in the midst of a pandemic. The magnitude of such impacts will vary from school to school, but it’s safe to assume that the vast majority of financial outlooks will be gloomy.

Over the coming months and years, there will be considerable discussion about how the novel coronavirus has impacted traditional public schools. That’s understandable and necessary. The education of millions of students will be affected in serious ways by extended closures, tightening budgets, and potential learning losses. But it’s important to remember that charter schools are also public schools, and that their students and staff also face big impacts. As state and federal leaders continue to debate how to address the fallout of the pandemic, it will be important for them to remember that charters need assistance and support, too.