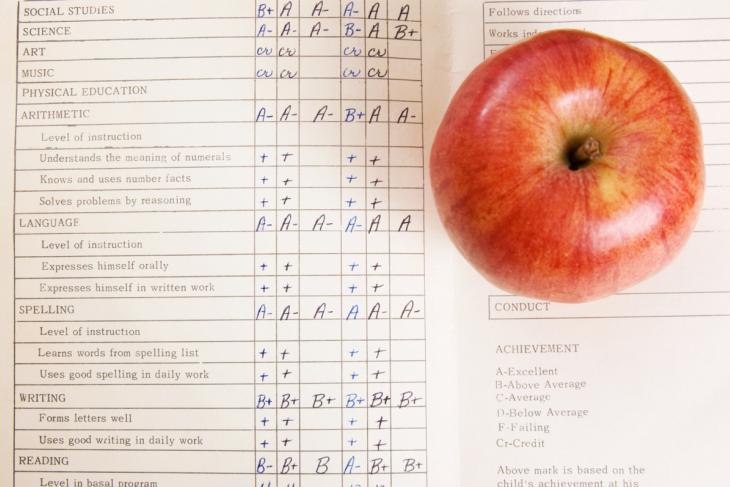 For the past several years, there has been a steady push by traditional education groups in Ohio to weaken state accountability and school report cards in particular. In 2018, there was a concerted effort to ditch Ohio’s A–F grading system in favor of a dashboard model that would display academic data in raw numbers rather than letter grades. In 2019, debates over academic distress commissions routinely focused on report cards and whether they adequately take into account demographics. This year, the ongoing kerfuffle over vouchers and the significantly larger list of EdChoice eligible schools for the 2020–21 school year has generated similar criticism.

Without a doubt, Ohio’s accountability system could use some adjustments. (Here at Fordham, we’ve made several common sense recommendations.) But if lawmakers are serious about revamping report cards this year, it will be vital for them to heed not only the viewpoints of school officials, but also parents. After all, one of the primary and most important functions of state report cards is to provide families with clear, accurate, and easily understandable information about their local schools.

But what, exactly, do parents think about state report cards? Ohio Excels, a nonprofit coalition of business leaders dedicated to improving education, recently commissioned a survey of Ohio parents to find out. The survey, conducted by Saperstein Associates, collected responses from a representative sample of 655 Ohio parents with at least one child enrolled in a public school. Let’s take a look at three big takeaways.

Results indicate that a majority of Ohio parents recall having seen either district or school report cards, though only 24 percent said they’ve seen both the district and school version. 89 percent found school report cards to be very or somewhat important, and 91 percent registered similar support for the district version. These results should be a clear sign to lawmakers that a vast majority of their constituents value report cards and are paying attention to what they say.

The survey also asked about specific measures. Nearly all parents—a whopping 95 percent—reported that they value having a measure of reading proficiency on report cards for districts and elementary schools. A similarly high number, 91 percent, said they value having a rated indicator on district and high school report cards that measures student success after graduation. It’s not surprising that parents are interested in reading and postsecondary success—most moms and dads will tell you that they care deeply about whether their child can read and is prepared for life after graduation. But it is worth noting that elementary reading proficiency and postsecondary readiness have traditionally been two of the most controversial topics in Ohio education policy. Based on the results of this survey, it seems as though recent and heated debates about the Third Grade Reading Guarantee and graduation requirements haven’t altered what parents want from state report cards—clear and accurate information about what their kids have learned and what they are prepared to do.

To determine the preferred type of format for online report cards, parents were asked to select between two options. Option 1 provides a letter grade for overall performance and for each measure. It then offers detailed information on each indicator. Option 2, on the other hand, provides all the details upfront without first providing a summary. Of those parents with a preference, 66 percent preferred a format that started with a summary, compared to 23 percent who preferred the opposite. These numbers indicate that clarity is important to parents and that they prefer to have a simple and easily understandable rating rather than a chunk of information they need to decipher and interpret.

In previous years, Ohio used descriptors like “effective” and “continuous improvement” that were vague and hard to parse. The state made the switch to using an A–F scale during the 2012–13 school year. Based on survey results, it appears parents approve of that decision—91 percent agree that as a measure of performance, letter grades are clear and easy to understand. Eighty-seven percent also agree that letter grades are an appropriate way to express the overall performance of a school district.

Despite strong parental support, several alternatives to A–F grades have been suggested by education groups and could soon be proposed by lawmakers. To determine which option parents might prefer, the survey asks respondents to identify whether three alternative options were “more appropriate” than letter grades. The alternatives include a 0–100 numerical score, a description in words (such as “below expectations”), and a scale of one to five stars. None of the alternatives was identified as more appropriate, though a good chunk of parents identified each of the three alternatives as “about the same” as letter grades. When asked to identify the best measure of performance out of the four options, letter grades proved to be the most popular, with 38 percent of parents identifying them as the best option. The numerical score earned 30 percent of the vote, word descriptors earned 24 percent, and the star system earned 8 percent. The upshot? Letter grades are pretty popular, but parents are open to other options.

There’s no way of knowing whether 2020 will be the year that lawmakers revamp state report cards. But if they’re serious about making changes, they would be wise to read the results of this survey carefully. Parents aren’t just voting constituents. They are the primary audience for report card measures, and they use school performance information to make serious decisions that will have long-term impacts on their children. The state has a responsibility to provide families with clear, accurate, and easily understandable information so that every parent can make the choice that’s best for their child.