On EdChoice, Ohio legislature looks for the lost art of compromise 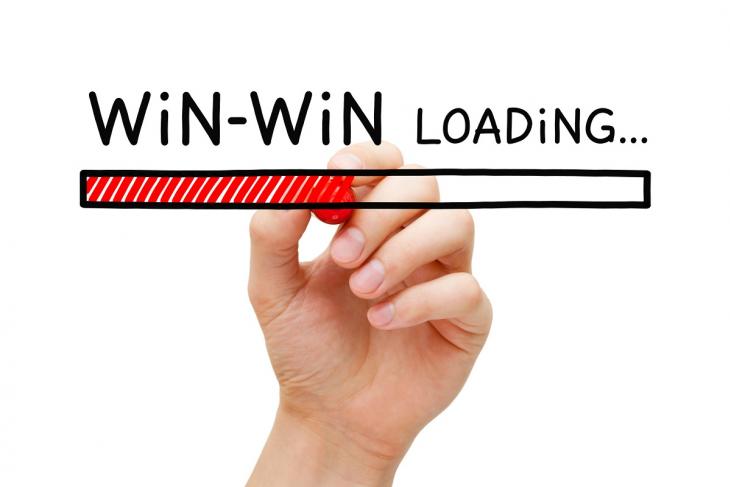 Politics is sometimes called the “art of compromise.” Under tremendous pressure from school systems, Ohio legislators for the last few weeks have sought to find a compromise on EdChoice—Ohio’s largest voucher program—that addresses district concerns about the rate of growth and cost while also honoring families’ right to choose a school.

After a couple weeks of intense negotiation, the legislature wasn’t able to reach an agreement by the time the voucher application window was supposed to open on February 1. Instead, it decided on January 31 to postpone until April 1 the opening of applications for the 2020–21 school year. Regrettably, this delay puts scholarship-seeking parents in a limbo, but it does buy legislators some more time.

As most Gadfly readers know, the center of attention is the state’s EdChoice program. Launched in fall 2007, this program has unlocked private-school opportunities for thousands of students by providing state-funded scholarships for their education. Ohio has two EdChoice programs, one in which eligibility is based on low ratings on the state report card, and the other linked to household income. The former has come under blistering attack as the number of public schools in which students are eligible is slated to rise markedly this coming fall. Fearing the loss of money when students use vouchers, officials have pulled out all the stops in trying to obstruct this expansion.

What to do? It may not be perfect, but the Senate-passed proposal to modify EdChoice provides a potential path forward. The upper chamber’s plan would significantly reduce the number of public schools designated for EdChoice—a concession to the traditional education system—but also ensures that most families who need the financial aid to attend private schools will receive it by expanding eligibility for the income-based scholarship. Under current policy, Ohioans with incomes at or below 200 percent of the federal poverty guidelines are eligible for EdChoice. The Senate amendment, however, raises the threshold by allowing families earning 200 to 300 percent federal poverty to apply for a full scholarship as well.

On the one hand, the Senate amendment would halt an impending expansion of scholarship eligibility under the report-card model. This addresses a main grievance of district officials who are not only concerned about potential downsizing, but also frustrated with the school rating system. Due to intricate changes in state policy—already delayed for several years under safe harbor—students slated to attend about 700 additional schools would’ve become eligible for EdChoice in the 2020–21 school year. The Senate amendment, however, actually cuts the number of schools on the EdChoice list by about 100 schools, down from the 500 or so currently designated.

Without a doubt, this aspect of the proposal would deal a blow to school choice. It would certainly sting for any family whose plans are ruined because of the alterations. Patrick O’Donnell of the Cleveland Plain Dealer recently interviewed a working parent who was banking on the expanded eligibility to send his child to a local Catholic school. He said, “Once we saw that Normandy High School [the district option] was added, we were able to breathe a little easier. We looked at each other and said, ‘This will work.’” As suggested in a Gongwer report, a number of parents seem to have started purchasing school uniforms in expectation of a scholarship—to which one senator made the rather tactless remark, “I suspect that if they have bought uniforms, they can send them back.” This isn’t just about uniforms, of course. Rather, the deliberate breaking of promises to certain parents is what’s most distasteful about any last minute “fix” to the EdChoice list.

Some of these families may qualify under the new income-based rules. But even then, there’s no guarantee they’d receive a scholarship in the coming year. Funds for the income-based program could run out as those scholarships are limited by the state budget appropriation, a constraint that is already leaving parents stuck on a waitlist. Current law, continued under Senate amendment, gives priority to returnees and families under 100 percent poverty should there be more applicants than scholarships. After that, it’s by lottery. Sadly, it would indeed be “highway robbery,” as one choice advocate put it, for any parent left on the outside looking in.

Fortunately, the Senate amendment also has an important choice-friendly dimension. Expanding and placing more emphasis on the income-based model—an idea that House Speaker Larry Householder recently floated and something that we at Fordham have recommended—has several advantages.

Overall, there’s both sweet and sour in the Senate amendment for advocates on all sides of the EdChoice issue. It’s a compromise, to be sure. Most importantly, it would put Ohio on a surer pathway to ensuring that all families have the ability to choose a school that meets their child’s needs.