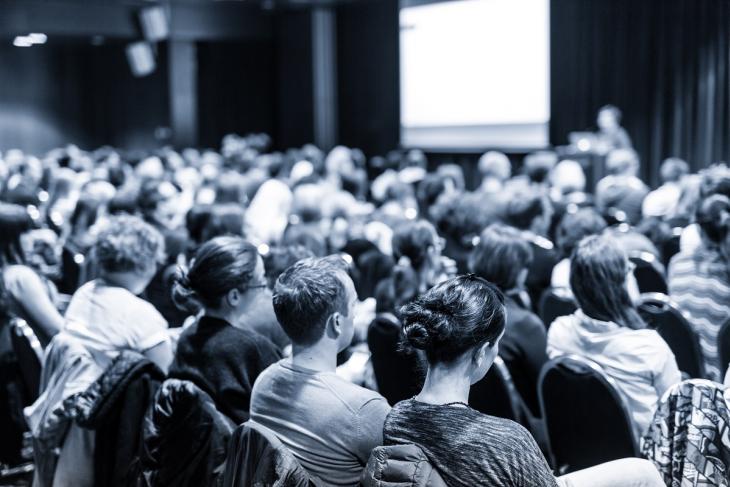 Last week, the Plain Dealer published a guest commentary about the current state of education policymaking in Ohio. Its authors, Joel Malin and Kathleen Knight-Abowitz, took aim at “poorly conceived voucher and school accountability policies” and complained that private interests are wrongly shaping education in the Buckeye State.

It’s passionately argued. Unfortunately, the majority of its arguments are incomplete or misinformed.

The authors’ primary target is Ohio’s largest private-school voucher program, EdChoice. Their focus is understandable, since EdChoice has been the center of contentious debate in the last few weeks. But their assessment of the program isn’t quite accurate. For example, they refer to EdChoice, which was established way back in 2005 and currently serves over 30,000 students, as an “experiment.” That’s a misleading characterization. EdChoice is not a fly-by-night operation. It’s been part of Ohio’s school choice landscape for over a decade, and vouchers have been available in Ohio in some form since 1997.

They claim the perspectives of communities, parents, and students are “being given short shrift.” But to make such an argument completely ignores the hundreds of educators, parents, and students who contacted legislators or provided testimony over the past few weeks to voice their impassioned support for EdChoice and the opportunities it unlocks.

The commentary also makes passing reference to a “rigorous study” that uncovers negative impacts of EdChoice. Fordham proudly commissioned this study, which was carried out by well-respected economist David Figlio of Northwestern University. It is true that his analysis found some disappointing results for some of the earliest EdChoice recipients. But the op-ed contributors omit two critical facts. First, for methodological reasons, the study only analyzes a small segment of EdChoice participants (445 students). It’s impossible to know what the program’s effect would have been had all students been included. Second and more importantly, the op-ed writers neglect the positive effects EdChoice has on public school students. It’s easy to speculate as to why they ignore this key finding, given the incessant complaint voucher opponents make that EdChoice damages public education.

The authors’ questions about the EdChoice eligibility list also show a slightly superficial understanding of Ohio’s recent education policy history. They wonder, for instance, how such a “dramatic increase” in voucher eligibility occurred, and question why schools were judged based on student scores from 2013 and 2014 but not 2015–17. The primary answer to these questions is safe harbor, a policy that was enacted back in 2015 as a means of shielding schools from sanctions during Ohio’s transition to new assessments. These provisions prohibited the state from doing two things: using test scores from 2014–15, 2015–16, and 2016–17 in any type of accountability decision, including the designation of EdChoice eligible schools; and incorporating performance eligibility changes related to value-added progress and K–3 literacy grades, which had been made in 2014 and the years prior. It’s also worth noting that district leaders, school administrators, and teachers were some of the loudest voices advocating for adoption of a safe-harbor policy—the very same groups the authors argue are being “regularly ignored” by lawmakers.

To bolster their claims that the wrong voices are being heeded by lawmakers, the op-ed targets another much-debated education policy: graduation requirements. The subject of their ire is Ohio Excels, a nonprofit organization that facilitates business engagement in education. To their credit, they note that it’s appropriate for business groups to wield some influence in education policy, as they have an interest in making sure that Ohio schools are preparing students for the workplace.

So then what’s the problem? According to the authors, Ohio Excels was a “major player” in crafting the recent changes to graduation requirements. They imply that lawmakers were forced to “choose sides” between business leaders and educators, and that the business community was given a “tremendous amount of deference.”

It’s true that Ohio Excels was a major player in the development of the new requirements. But it wasn’t the only player. In fact, one of the other chief architects of these standards was the Alliance for High Quality Education, a group representing more than seventy Ohio school districts. These districts represented the interests of the very same professional educators the authors believe should be influencing policy. To imply that business leaders hijacked the process and were solely responsible for the new standards is wrong.

But that’s not how policymaking should work. A good education policy is one that puts students and their long-term interests first. In this case, a good argument can be made that the state board’s plan didn’t do that. It championed alternative assessments that lacked objectivity, comparability, and reliability. It also included measures that were burdensome for local districts, easily gameable, and of questionable rigor. Ignoring these serious flaws and choosing to be blindly deferential to the board of education would have been irresponsible.

In a final attempt to criticize policymakers, the authors briefly mention a few other states that have been subjected to the influence of “for-profit, pro-business, and private education providers.” They identify two in particular—Florida and Indiana. Interestingly, Florida and Indiana are two of a handful of states that have shown strong gains on the National Assessment of Educational Progress, the “Nation’s Report Card,” over the last two decades. Florida, in particular, has fared extremely well, registering strong gains, especially among its low-income and minority students.

Citing states where student performance has improved dramatically, especially for kids of color and low-income students, as evidence of the dangers of private interests is a bit of a headscratcher. So is using the term “pro-business” as a critique. Massachusetts, the highest performing state in the country, pulled off its “Massachusetts miracle” by striking a grand bargain between policymakers, K–12 stakeholders, and—you guessed it—business leaders. Delaware, which is home to an innovative, statewide career-and-technical-education program called Pathways, is making great strides for kids because of strong public-private partnerships. If Ohio really wanted to improve outcomes for students, it would try harder to emulate states like Massachusetts, Delaware, and—yes—Florida and Indiana.

At the end of the day, where a policy comes from—whether it’s Ohio’s school districts, choice advocates, businesses, or the parents and students that are served by our school systems—shouldn’t be the deciding factor of its merit. What should matter most is whether the policy is in the best interest of kids.