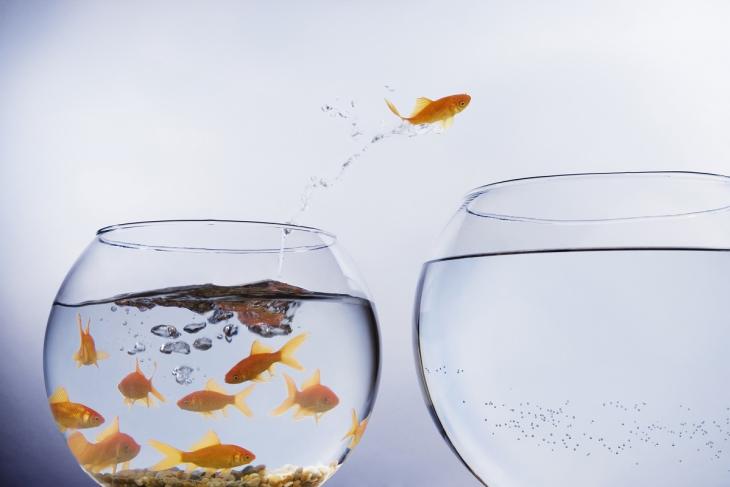 “Education is not one-size-fits-all” is a common phrase heard in today’s education debates. There’s a good bit of truth to the mantra. Every child is unique in his or her own way, and policies and practices should reflect those differences. To its credit, Ohio acknowledges the importance of tailoring education to the needs of individual students. As suggested in the title Each Child, Our Future, the state’s strategic plan—developed with the help of thousands of Ohioans—focuses on customization, and it claims to “advance shifts in education policy and practice” that include “honoring each student” and “emphasizing options.”

These guiding principles, however, seem to have been forgotten in the raging debate over EdChoice, Ohio’s main private-school scholarship (i.e., “voucher”) program. Instead of centering the debate on the needs of each family and child, it has mostly focused on the perceived harm to school districts. That dubious claim, flogged incessantly by voucher critics, is contradicted by research showing just the opposite—that the competition associated with private-school choice actually improves public schools.

So, how does EdChoice align with greater customization in K–12 education? Let’s consider that question through the lens of the two key shifts mentioned in the state’s strategic plan.

As I’ve said in media comments, most Ohio families are likely quite satisfied with their local school district. That assumption is based on survey data showing that a solid majority of parents view their local schools positively, in addition to the longstanding custom of parents selecting their school system via the real-estate market. But this doesn’t mean that the district is the best option for all children. Consider just a few reasons why it may not be.

When parents and students find themselves in situations such as these, it’s hard to say that their assigned school is fully honoring them. To be clear, this isn’t a criticism of the traditional education system. It’s just naïve to expect public schools, even at their very finest, to be all things to all people (and that’s true for non-publics, as well). What all this suggests is that Ohio should be encouraging a wider range of school options, not choking them off. That leads us to the next section.

A choice-rich system of schools enables more parents and students to match their needs with the offerings of different educational providers. After decades of policy reform, many Ohioans have tuition-free, public-school options at their fingertips. They include alternatives accessible via inter- and intra-district open enrollment, STEM and charter schools, and career-technical centers. Private schools, of course, are also an option. But unfortunately, tuition costs often restrict access to only the wealthy.

That’s where the EdChoice scholarship comes in. Since 2006–07, Ohio has provided state assistance that unlocks private-school opportunities for low- to middle-income families. Today, more than 40,000 students use an EdChoice voucher, some of whom have voiced strong support for the program in recent days. At one committee hearing (starting at 12:45 in the video), a Corryville Catholic student testified, “Without EdChoice, it would be a huge struggle to pay the extra tuition. EdChoice makes it possible for many of us to get into Catholic high schools.”

These hearings were held as the state legislature continues to wrestle with policies that would expand EdChoice eligibility from its somewhat limited base to more Ohio households. The impasse between the Senate and House has largely revolved around the program’s controversial eligibility rules for the performance-based EdChoice voucher, which is slated to expand significantly this fall. Although both chambers have sought to scale back that expansion (though to a very different extent), they appear to have agreed that the income-based scholarship should be accessible to more working families. The Senate has proposed to increase the income-eligibility threshold from 200 percent to 300 percent of the federal poverty guideline (FPG), while the House has suggested moving to 250 percent.

Although it cannot exhaustively cover all “needy” students (as described above), expanding choice via the income-based program is likely more politically manageable. Even so, some have suggested that relaxing the income thresholds as currently proposed might be too generous. But when looking at private-school options from the perspective of middle-income families, that’s not the case. Consider a four-person household with an income at 300 percent FPG, or $78,600 per year. After paying federal, state, and local taxes—EdChoice uses pre-tax incomes—that family likely has somewhere around $60,000 in disposable income. After paying the costs of housing—the average yearly mortgage payment is about $12,000—utilities, transportation, food (for four), healthcare, and saving for retirement and college...well, you get the picture. Without EdChoice, most hard-working, middle-income Ohioans will have difficulty affording private-school tuition, even at a modestly priced school. Through scholarship support, however, Ohio would emphasize options by opening doors to more schools for families such as these.

For the past decade and a half, the EdChoice program has played an integral role in supporting students who need something different from their educational experience. By providing much-needed financial aid, it puts more private-school options within their reach. However accomplished, continuing to expand EdChoice would further advance the state’s goal of customizing education for each individual child.