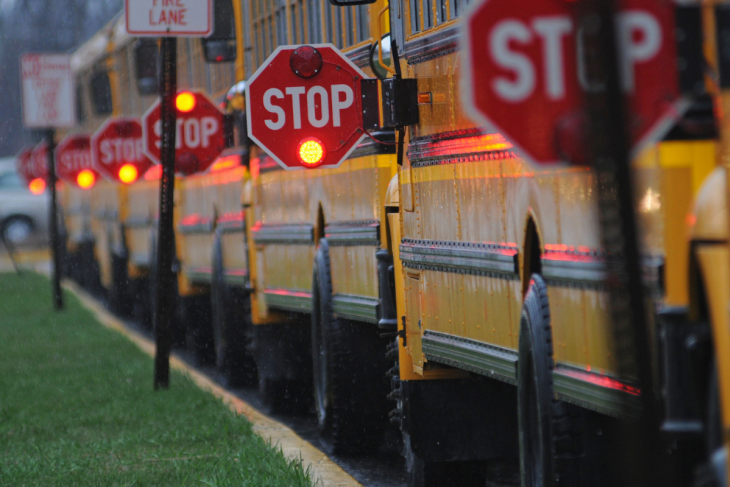 The relationship between traditional public schools and schools of choice—both charter and private—is often strained in Ohio. One of the most consistent sources of tension is transportation. State law requires traditional public districts to transport not only their own K–8 students, but also those who attend charter or private schools (and provides the funds to do so). They are not required to transport high school students.

Districts have been trying to change these laws for years. They’ve been unsuccessful thus far, but much like they’ve done with the right-of-first-refusal law that requires them to offer unused facilities to charter schools prior to selling them to developers, they’ve found plenty of workarounds to avoid transporting charter and private school students.

Consider Dayton Public Schools (DPS). In 2019, the district decided to provide its high schoolers with city bus passes in an attempt to improve attendance. When attendance numbers didn’t go up within a year, though, the board voted to scrap that policy and provide DPS high schoolers with the same yellow bus transportation as their younger peers. To make room for this sudden influx of students—and to maintain their contract with the area’s Rapid Transit Authority—DPS planned to force K–8 students who attended charter and private schools to ride city buses. District officials didn’t discuss this change with those schools’ leaders prior to voting on it, and they waited so long to announce the change that they prevented the schools from finding a safer transportation alternative for their elementary-aged children.

DPS has a history of disastrous transportation policies, so this latest kerfuffle isn’t exactly surprising. What is surprising, though, is that it might have a serious impact on statewide school choice transportation policies for years to come. The recently proposed budget includes several provisions aimed at preventing issues like those that cropped up in Dayton. Here’s a look at three of the most significant.

Limiting the use of mass transit

In what appears to be a direct response to the Dayton debacle, the proposed budget would prohibit districts from using a mass transit system to transport K–8 students who attend charter or private schools unless the students’ school willingly enters into an agreement with the district. To preempt any potential loopholes, the budget explicitly states that the agreement is “not effective” unless the school of choice approves it. Districts are permitted, with some stipulations, to use mass transit to get high schoolers to and from school, but that was never the issue. For charter and private school leaders, the issue was forcing their youngest students to ride city buses with the general public. This provision would prevent that.

One of the reasons transportation is a sticking point between districts and schools of choice is that coordinating logistics is hard to do across sectors. The proposed budget attempts to fix this by mandating the creation of transportation plans. Charters and private schools would be required to establish their school day start and end times by June 1, and then communicate those times to the district. Districts would then use this information to develop transportation plans for students no later than July 1. Plans must include routes and schedules, and must ensure that students arrive to school no more than one hour before the start time and are picked up no later than one hour after the end time. There doesn’t appear to be anything that prevents districts from changing these plans after the deadline, but that’s probably wise given that student transportation requires a certain level of flexibility.

The budget language also includes an exception for districts that have twenty or more charter or private schools operating within their boundaries. In such cases, a designated ESC—either the ESC the district has a contract with or the one with the most territory in the district’s county—would be required to convene a meeting between the district and all charter and private schools and approve a plan no later than July 15.

Overall, these provisions address several issues. First, by providing a deadline by which routes and schedules must be set, the plans could help prevent last-minute changes that leave parents and school leaders scrambling. Second, they force district, charter, and private school leaders to actually work together. Finally, the requirement for districts with sizeable school choice sectors to work with ESCs should lessen the bureaucratic burden placed on large districts and provide all sides with a (hopefully) objective third party to oversee the process.

None of these provisions matter if there’s no way to enforce them. The budget tackles that issue, too, and requires the Ohio Department of Education to monitor districts’ compliance with all of the major transportation changes included in the budget bill. If department officials determine that a district has been in “a consistent or prolonged period of noncompliance,” then state officials can deduct transportation funding from the district as a penalty. The deduction would equal the total daily amount of the district’s payments for student transportation and would include each day the district is not in compliance. This oversight mechanism should ensure that districts follow the law rather than search for workarounds.

The provisions included in the proposed budget won’t fix everything that ails school choice transportation in Ohio. But they are a positive step forward that would ensure students who attend charter and private schools don’t get the short end of the stick when it comes to school transportation.