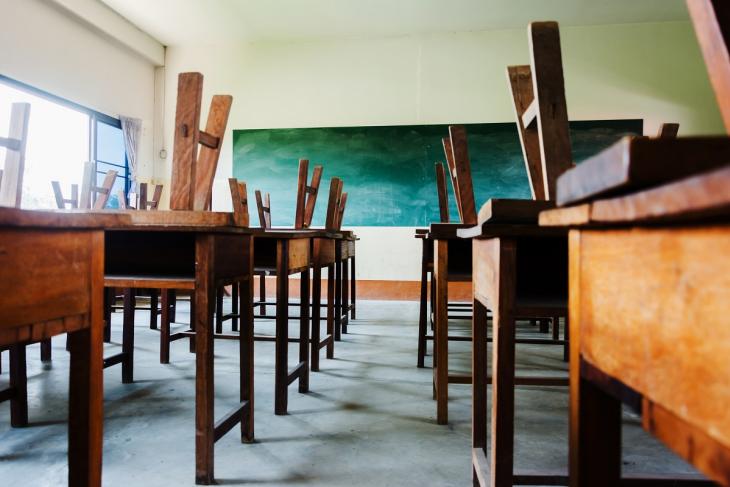 With thousands of Columbus students in need of a world-class education, it’s painful to see school district officials impeding the expansion efforts of a top-notch charter network by refusing to offer a vacant facility for sale or lease. If denying quality educational opportunities weren’t enough, the district is running afoul of state law, which requires districts to offer unused facilities to charter schools. The purpose of this provision is to make it feasible for public charter schools to access, at an affordable rate, classroom space that has already been paid for by taxpayers.

Sadly, this isn’t the first time that an Ohio district has attempted to circumvent this well-intended law. In 2011, the Cleveland Metropolitan School District (CMSD) avoided offering thirty closed buildings to charters by tearing some down, using others for storage, and classifying the rest with terms like “unusable.” In 2012, Cincinnati Public Schools lost a case before the Supreme Court of Ohio after attempting to prevent charter schools from obtaining their facilities. And in 2016, CMSD chose to demolish a vacant building rather than offer it to a charter school.

In 2017, things briefly looked a little brighter: The Columbus Board of Education allowed the Graham Family of Schools to purchase two of its buildings. Nearly three years later, though, we’re right back where we started. Columbus City Schools is now flouting state law by flat-out refusing to sell one of its unused buildings.

To understand why this is such a big deal, let’s consider the players. On the one hand is United Schools Network (USN), a home-grown charter network that opened its first school in the fall of 2008. USN serves 871 students in four schools located in Columbus. (All four are sponsored by the Thomas B. Fordham Foundation, our sister organization.) One hundred percent of its students are economically disadvantaged, and the vast majority of each school’s population is students of color. USN is rightfully considered one of Ohio’s highest performing charter networks. On the most recent state report cards, one USN school earned an A overall grade, two earned B’s, and one earned a C. Three of its schools also earned A’s on progress, while the fourth didn’t receive a progress grade because it serves students in grades K–1. Each of USN’s schools outperformed the school district in terms of overall grades, achievement, and progress.

On the other hand there’s Columbus City, the largest district in the state with just over 50,000 students. Like USN, state report card data identify 100 percent of its students as economically disadvantaged and the majority of its students as minorities. But Columbus City has far less impressive academic results. It’s most recent overall grade is a D. Only thirty-seven of its 109 schools earned an overall C or above, which means approximately two-thirds of its schools earned D’s or F’s. Only twelve schools earned A’s on progress. Those results aren’t anomalies, either—the district earned an overall F in 2017–18, the first year in which overall grades were assigned, and F’s in both achievement and progress in 2015–16 and 2016–17.

Finally, there’s the building they’re fighting over. According to the Dispatch, Monroe Middle School has “sat essentially untouched since it closed in June 2014,” and is characterized by boarded up broken windows, trash and dust, and profanities “etched in grime on its exterior walls.” USN founder and CEO Andy Boy told the Dispatch that his network has been trying to purchase Monroe for years. And legally, he should be able to. The Ohio Revised Code is clear that any facility that has not been used for school operations for one year must be offered by districts to schools of choice for lease or purchase. (In this year’s budget, the legislature changed the unused period of time requiring a sale from two years to one). The law specifically gives preference to high performing charters, which USN is.

But Columbus City Schools won’t sell. District officials claim they aren’t breaking the law because the district “has plans” for the building. But the law doesn’t permit districts to withhold unused facilities because it has “plans” to use them sometime in the future. It says they must sell buildings that haven’t been used for “academic instruction or administration” for one year. And as the Dispatch points out, those supposed plans for Monroe were last mentioned way back in 2016, nearly four years ago. The building has sat vacant even longer than that; it was closed in June 2014, meaning it has sat empty and unused far longer than the law allows.

It’s also worth pointing out that the district already has its hands full with other facilities issues. Back in 2018, I wrote about how it was waffling about whether to close or consolidate several buildings. A Facilities Task Force made up of community and business leaders reported that the buildings under consideration were “under-enrolled, underutilized, in poor condition, and unpopular with students.” Closing and consolidating these schools would have saved the district money and brought an additional infusion of cash. Based on the Dispatch’s description, the district clearly isn’t spending much keeping Monroe in good condition. But selling it would still be a financial boon. In fact, based on the most recent appraisal, the district could net over half a million dollars with the sale—money that is sorely needed in a district facing budget shortfalls.

In short, the district’s refusal to sell one of its vacant buildings is legally and financially questionable. But most importantly, it’s not in the best interest of the Columbus community or its students. Transforming a dilapidated building into a thriving school would almost certainly improve the neighborhood in which Monroe sits. And the students who would attend that school call Columbus home. USN serves Columbus families who want to exercise a choice they believe is in their children’s best interest. Unfortunately, their choices are being stymied by the district’s refusal to follow the law.

Columbus City officials need to ask themselves why they’re so afraid of what USN would do with a vacant building they haven’t used in years. It’s not impossible for districts and charters to peacefully coexist and be mutually beneficial. But until districts like Columbus follow state law regarding facilities, such collaboration will continue to be a pipe dream.