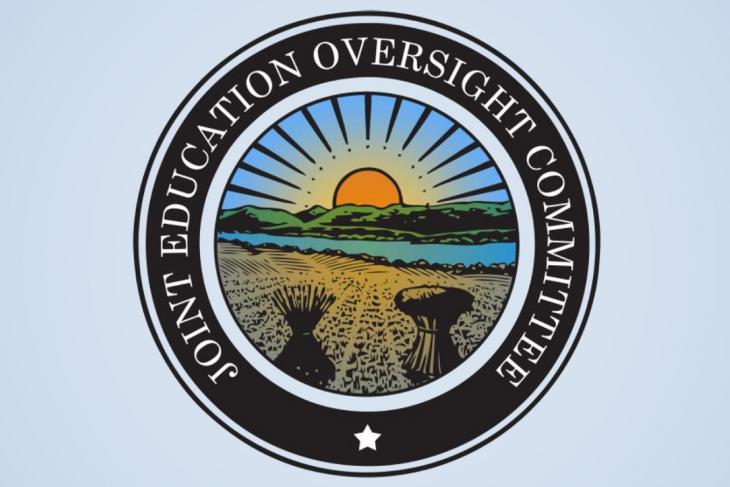 The General Assembly’s Joint Education Oversight Committee has begun a series of hearings looking at all of the various components of Ohio’s school report cards. One component will be examined per meeting. Today, JEOC members reviewed testimony on the achievement component. Fordham’s Vice President for Ohio Policy and Advocacy Chad Aldis provided the following written testimony.

Thank you, Chair Cupp, Ranking Member Fedor and the Joint Education Oversight Committee members for giving me the opportunity today to provide written testimony on the Achievement component of Ohio’s school report cards.

As many of you know, Fordham is a staunch supporter of rigorous, transparent school report cards. We believe that families and taxpayers deserve an opportunity to review the progress of their local schools. Over the past two decades, Ohio has implemented a robust report card that now includes key measures of student achievement and growth, along with indicators of college and career readiness. This multi-faceted approach offers a wealth of data but as the state has implemented new measures, the report card has become increasingly complex. While my comments below focus on the Achievement component, they should be viewed in the context of our broader thinking about how to improve school report cards which can be found in our December 2017 paper Back to the Basics. [1]

Parents, educators, and researchers have long understood that achievement is linked to adult success. Students who excel academically are more likely to attend our best colleges and universities, obtain the most rewarding jobs, exercise their civic duties, and enjoy the benefits of lifelong learning. This is why assessing and reporting achievement in core academic subjects remains a central responsibility of our education accountability systems.

Since their earliest iterations, Ohio’s report cards have focused heavily on achievement. Proficiency rates—in layperson’s terms, the percent of students “passing” state exams—are perhaps the most well-known indicator of achievement. Today, proficiency rates on various state exams are included in a report card measure known as Indicators Met. Furthermore, Ohio has long used the Performance Index, a measure that awards additional credit to schools when students achieve at higher levels. The table below depicts how the index works, with the weights and some illustrative data shown. The “% Students” column is what varies from school to school and is determined by the number of students achieving each level on the state assessment.

While both Indicators Met and the Performance Index are “subcomponents” under the Achievement component, they have important similarities and differences. They both capture what students know and are able to do at a certain point in time; in fact, they are sometimes referred to as “status” or “snapshot” measures. Yet they are slightly different in that the Performance Index is more akin to a weighted grade point average that, as shown above, provides “extra credit” for exceptional achievement, while proficiency rates are more like a binary pass-fail rating.

Ohio should assign a clear rating based on student achievement. But the dual Performance Index and Indicators Met ratings—along with the composite Achievement grade—communicate largely redundant information about how students fare against state standards. As a result, schools tend to receive similar grades on these metrics and low (or high) grades can “pile up” on schools. For instance, the Dayton school district—serving primarily low-income students—received F-F-F ratings on the Performance Index, Indicators Met, and Achievement on its 2017-18 report cards. The multiple ratings that signal similar things about student achievement could be seen as unnecessarily severe for high-poverty districts and schools that tend to struggle on “status” measures.

With regard to the Achievement component, we recommend eliminating Indicators Met. Instead, a single Achievement component rating based on Performance Index scores would best convey how all students in a school perform against state academic standards. Proficiency rates, however, should continue to be calculated and reported for informational purposes. ODE should report proficiency rates by grade and subject (and by subgroup) as supporting information on school report cards and in its various data systems. Schools, however, should receive their Achievement rating based solely on their Performance Index scores.

Student achievement remains a central feature of school report cards; families and citizens deserve clear indicators of how students currently perform against state academic standards. With a few modifications, Ohio could create a clearer portrayal of achievement, while also incentivizing schools to lift the achievement of all students—not only those around the proficiency bar.

Thank you for the opportunity to submit testimony and please feel free to contact me with any further questions.