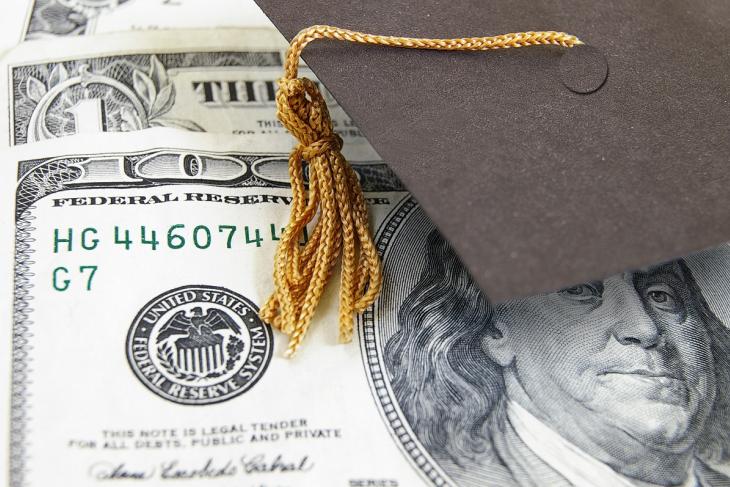 As part of the gargantuan aid package recently passed by Congress, Ohio will soon receive $105 million through the Governor’s Emergency Education Relief Fund. The purpose of this pot of money is “to address student needs arising from the COVID-19 related disruption of the current academic year.”

The governor’s fund is rather unique, as federal money usually flows through state education agencies and is then allocated to schools via statutory formulas (that is how the larger relief fund for K–12 education is expected to work). Instead, the governor’s office will have broad discretion over how these dollars are spent, meaning the DeWine administration will need to decide how to parcel out a sizeable chunk of change.

They must first be mindful of a few federal rules for this program. First, the dollars must be allocated to K–12 public schools[1], colleges and universities, or “other educational entities” such as preschools, afterschool providers, or technical training centers. Second, governors must award grants swiftly—within one year of receiving funds from the U.S. Department of Education (the disbursement should occur within the next two months). Third, federal guidance suggests, though doesn’t appear to require, that funding be targeted to areas that have been “most significantly impacted by coronavirus.”

How then should the governor spend these funds? While there are a number of worthy causes, two critical needs are IT infrastructure and career supports for transitioning high school seniors. Given the broader need for technology, however, it would likely warrant a larger portion of the fund.

A number of news stories indicate that schools—especially in big cities and rural areas—have struggled to transition to remote learning due to uneven Internet access and computer shortages. This has not only hampered learning this spring but it also jeopardizes summer school and even instruction this coming fall, should schools remain physically closed or need to adopt some type of “blended” learning model. One sensible use of these funds, encouraged by Secretary DeVos, is to support efforts that enable students to engage in digital learning.

To best leverage these somewhat limited funds, the governor should focus on two goals: 1) distributing dollars to the places with the greatest need, and 2) getting funds to schools as fast as possible. Likely the most efficient way to accomplish this is to award formula grants based on poverty rates (low-income students are less likely to own computers) and perhaps data on broadband access. While it may not be a perfect system, this would steer more aid to needier schools. And a formula grant would likely be a fairer method than a first-come, first-served grant—less needy districts may end up at the front of the line—and it would also move dollars much faster than an application-based program, which could take months to administer. If schools had to apply for funds, the most urgent need for remote learning—this summer and fall—may have come and gone by the time schools actually receive aid.

Governor DeWine could go a step further to truly maximize the impact of an IT-based grant. As my Gadfly colleague Chad Aldis observes, there is a troubling lack of hard data about at-home education during the pandemic. We don’t have basic information about how many students log on to access assignments or participate in any type of online learning. Nor do we have a clear idea of how many Ohio students have no home computer or Wi-Fi access. As a condition of receiving these funds, the governor could require districts and schools to report data that would cast much needed light on students’ remote learning experiences and better guide any further investment in IT.

It’s true that the modest size of the governor’s fund is unlikely to meet the technological needs of all Ohio students. But these dollars—supplemented by the larger federal support arriving soon in addition to existing school dollars—could help most students get online, a basic first step in successful distance learning. In Cleveland, for example, a $1 million grant could get Chromebooks into the hands of about 5,000 students. A $75,000 award for a small, rural district could help roughly 625 students have Internet access for three months. Should a district already have the necessary devices and online supports, it could spend these dollars on other priorities or it could take a pass on the funds (perhaps if reporting requirements were included).

In the coming months, about 100,000 Ohio seniors will graduate high school. Roughly two in three will be heading to college (whether it’s on-campus is another story), meaning that another third will be pursuing employment. Through no fault of their own, thousands of newly minted high school graduates will face scarce job opportunities due to the economic damage wrought by the pandemic.

To address this challenge, the governor’s fund could support short-term, continuing-education programs that specifically target non-college-going students. It might take some moxie to design a program on the fly, but one possibility is to model it after TechCred, a relatively new state initiative that aims to “upskill” Ohio workers. That program reimburses businesses when their employees attain technology-focused certifications and credentials that can be earned within one year. But rather than reimbursing employers for training costs—they’re likely ineligible for governor’s funds—community colleges or technical centers could be the target. Whenever non-college-going graduates in the class of 2020 earn a credential approved under TechCred, the educational institution would receive funding. At $2,000 per credential—the reimbursement rate for TechCred—setting aside $10 million of the governor’s fund would support about 5,000 young adults.

During an economic downturn, supporting the continuing education of high school graduates would give them a boost that could help secure better entry-level jobs when hiring starts to pick up again. It might also do justice to some of this year’s seniors who had career-technical and workforce training opportunities scuttled due to school and business closures. The narrow scope of such a program—limited to the class of 2020—and the expectation that credentialing programs last no more than a year would mesh well with the temporary nature of the governor’s fund and the federal requirement that funds be awarded within the next twelve months. Lastly, if successful, Ohio could consider extending the program to future graduating classes (though state funds will be limited in the near future).

As with any funding stream, the governor’s fund won’t be a cure-all that fixes every educational problem, much less all the new challenges that schools face in light of the health crisis. But if used wisely, these dollars can address some of the most glaring issues that schools and students face. Spending these funds to help bridge the digital divide and to smooth career transitions for this year’s seniors would be smart uses of federal aid.

[1] Provided that a district receives governor’s funds, private schools in that district would also receive funds on the basis of existing federal equitable services provisions.