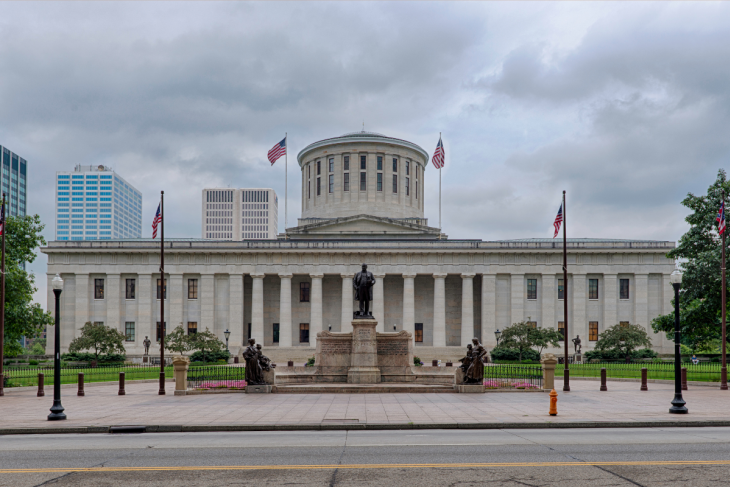 As usual, this year’s budget contains a mix of policy and more traditional budgetary changes. My remarks today will highlight a couple of policy concerns we have. Before digging into those, I’ll offer a few brief thoughts on the proposed new school funding formula.

Fordham has long argued for some of the key components of the House’s school funding formula. This includes ending caps and guarantees, direct funding school choice programs, and—most importantly—funding schools via a functioning formula. We commend the House on its work to develop its funding plan. That being said, we continue to have a few concerns.

First, proponents of HB 110 espouse ending guarantees but actually codify three separate guarantees. Guarantees subvert a properly functioning formula. Second, tying the base cost to 2018 salaries keeps the costs artificially “lower” now, but this decision will put tremendous pressure on future general assemblies to significantly boost spending as we get further and further away from 2018. Complicating matters, the more districts independently decide to increase salaries, the higher the average salary climbs and the more state dollars they’ll generate. Finally, as the table below indicates, while the House concluded that the state needs to spend an additional $1.8 billion on education, it didn’t really make much of a down payment on those costs. Relative to the Governor’s plan, the House raises state education funding by roughly $100 million in FY 2022 and $230 million in FY 2023. Most of those dollars go into transportation rather than into the classroom.

An overview of state education funding, current and proposed (in billions)

*In the House plan, the Student Wellness and Success Funds remain a standalone line item, but are used to fund an increase in the economically-disadvantaged component of the funding formula and the SEL portion of the base cost model. **This excludes federal and local dollars, various smaller state expenditures (e.g., educator licensing and assessments), and money for K–12 education not funded via ODE budget (e.g., school construction dollars and property tax reimbursements). † This includes the additional $115 million that was included in the omnibus amendment to the House budget.

This creates considerable uncertainty about how this funding model can be sustained over the long run.