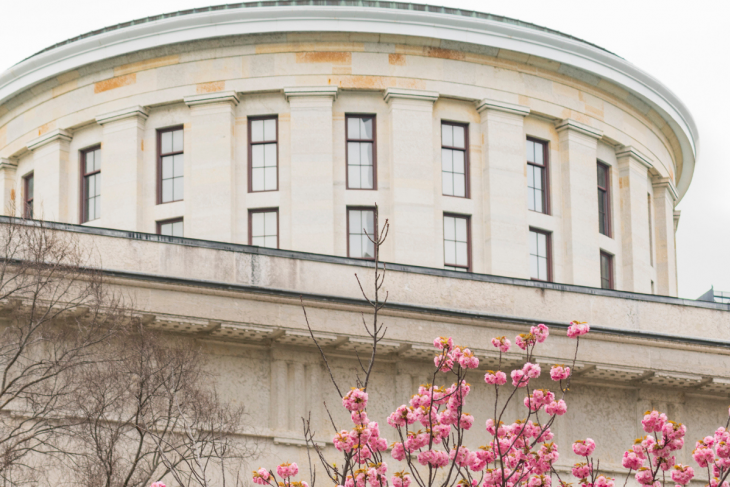 Note: Today, the Ohio Senate’s Education Committee continued hearing testimony on SB 358 which would, among other things, make critical changes to the state’s testing and accountability system in response to the Covid-19 pandemic. Chad Aldis, Fordham’s Vice President for Ohio Policy and Advocacy, testified as an interested party on certain aspects of the legislation. These are his written remarks.

The last six months have been challenging, as we’ve learned to live with Covid-19 and its many impacts. As we’re all well aware, education hasn’t been spared. This past spring, students across the state were thrust into remote learning. This fall, many students are still learning either remotely or through hybrid models that have greatly reduced the number of student-teacher interactions.

The bill sponsors should be applauded for recognizing the strain on both educators and students, and for taking steps to ameliorate any potential negative impacts. At Fordham we’ve been thinking along the same lines, and we published a policy brief and set of recommendations in June (attached) on how to reset and restart the state accountability system after a year without state assessments.

We support a number of the recommendations included in SB 358 including:

That being said, the change that received the most attention in prior testimony—cancelling this school year’s state assessments—would be the wrong approach for a host of reasons.

First, the shift to distance learning this spring combined with continued uncertainty this fall makes it more important than ever to gauge where students are academically. Nationally, experts have suggested that students—especially those already facing the biggest hurdles—may have fallen so far behind that they’ve lost anywhere from 7 to 12 months of learning. To determine whether this is true in Ohio and to identify what students learned during these tumultuous months, spring state assessments should be administered. Figuring out which students were most impacted by school closures would also allow the state to allocate more resources to the areas where the biggest learning losses occurred.

Second, it’s critical for parents to get objective information on their children’s progress. Moms and dads know that their children are only going to be fifth graders once. If they haven’t learned what they’re supposed to learn in fifth grade, then those gaps could make things harder in middle and high school. This is especially important now, as many schools issued grades last spring on a pass/fail basis. In my daughter’s school, passing a class resulted in a grade of “100.” This gave me very little information as to what she actually learned, and made her school-created report card essentially meaningless. Objective, detailed information helps parents know when to seek assistance—whether that’s reaching out to their child’s teacher, supplementing in-class work, or even engaging a tutor.

Third, while we hope this pandemic will soon be behind us, we simply don’t know what the future holds. Ohio needs to be prepared for whatever comes next. Because each community crafted its own reopening approach, state testing can help us understand which communities had the most success during this time. What strategies worked the best with remote learning? Was hybrid learning superior to all-remote instruction? There’s much we can learn from this experience, but having high quality data is essential.

Finally, this situation is temporary. Eventually, Ohio’s schools will return to something resembling normalcy. When they do, it’ll be important to have baseline data that allows us to gauge how schools perform in the years after 2020-21. This is critical for report card elements like student growth and achievement gaps—the fairest measures to high poverty schools—as they require multiple years of data. By administering spring assessments in 2021, we’ll be able to establish a new normal. This will ensure schools aren’t rated based upon pre-Covid academic performance and allow Ohio, at the appropriate time, to restart the state’s education accountability system.

In conclusion, we support reducing the pressure and any sanctions associated with state assessments in 2021. However, this committee would be wise to avoid a protracted discussion on eliminating the assessments entirely. A recent letter from Secretary of Education DeVos makes clear that—at least for now—the federal government is not likely to grant waivers from state testing requirements in 2021. The secretary’s letter drew praise from a variety of education and civil rights groups including ExcelinEd, the Center for American Progress, the Education Trust, the National Urban League, the National Center for Learning Disabilities, and the League of United Latin American Citizens. Importantly, Secretary DeVos’s letter indicated that some flexibility may well be allowed around accountability. That creates an opening for states like Ohio to request a waiver not from testing, but from issuing grades and ratings. We’d urge this committee to pursue that option. Most of what is in SB 358 can still be implemented without eliminating assessments. Furthermore, the state (and parents) would benefit from getting accurate information about where students stand academically, be empowered to direct additional resources to places where students were most impacted, and be well-positioned to move forward when this virus is finally behind us.