Testimony given before the Ohio House Finance Committee – 5/6/19 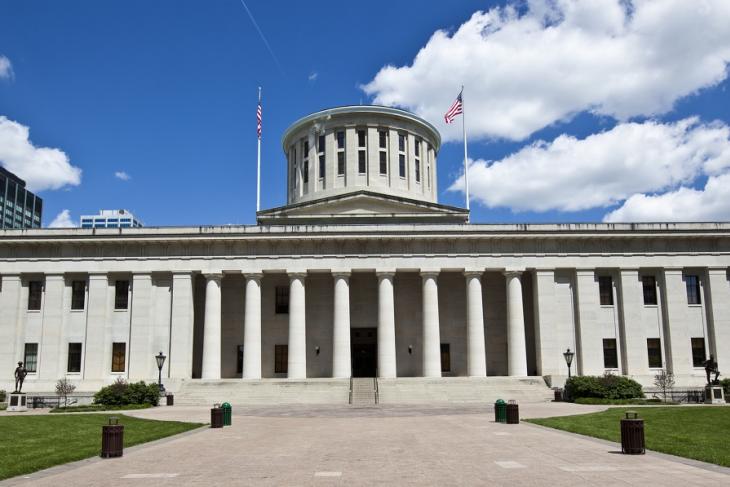 NOTE: The Finance Committee of the Ohio House of Representatives today heard testimony on Substitute House Bill 166, the biennial budget bill. Fordham’s Vice President for Ohio Policy and Advocacy provided testimony on a number of education-related provisions in the bill. These are his written remarks.

My name is Chad Aldis, and I am the Vice President for Ohio Policy and Advocacy at the Thomas B. Fordham Institute. The Fordham Institute is an education-focused nonprofit that conducts research, analysis, and policy advocacy with offices in Columbus, Dayton, and Washington, D.C. Our Dayton office is also a community school (charter school) sponsor.

Fordham believes that every student deserves to attend a high quality school. To that end, we support efforts both to improve public schools and to help all parents to exercise their right to choose the school that’s best for their children. If Ohio’s education system is to be successful, it’s critical that the state fund schools fairly by taking into account the additional needs of students living in poverty.

Governor DeWine’s as introduced budget was relatively light on education-related changes, but the sub bill made some very significant education policy changes—some good and some less so—that we’d like to address.

We support Governor DeWine’s proposal to award funding for wellness services based on the percentage of economically disadvantaged children residing in a district. It is critical for the state to provide funding to ensure the needs of our most disadvantaged students are met, and we strongly support the increases in the sub bill. On a related note, we also support the funding allocated to reduce the costs for low-income students to take Advanced Placement exams. This reduces a barrier for our high-achieving but disadvantaged students. Finally, when thinking about wellness funds, we also recommend that districts be given flexibility to spend those dollars as efficiently as possible based upon the needs of their students.

Speaking of flexibility, we are also supportive of the language giving school districts and charter schools increased leeway in using teachers on long-term substitute licenses when necessary. In areas where there are teacher shortages, this is critical. It is also an important mechanism for attracting talented mid-career professionals into the teaching field.

Fordham has acknowledged the need to continue to improve Ohio’s state report card and even published a report giving recommendations on how to do it. However, the sub bill makes some significant changes to the report card system—without debate—which gives us concern.

The sub bill would make the overall grade of a school (applies to districts, too) the higher of the performance index or the value added measure. While well-intentioned, this would result in a dramatic increase in grades around the state. Such an increase would make schools appear to be better performing than they actually are, and would result in a significant softening of accountability. The negative impacts of this change would be felt in both high-income and low-income schools, but the distortionary effects are likely to be strongest in schools where students struggle mightily to meet state achievement standards. Unfortunately, that fact would be masked by satisfactory marks on the state’s value added measure. Ohio families and taxpayers deserve a view of overall school quality that considers both student achievement and growth over time, not one or the other.

The sub bill also moves from a three year average for calculating value added to a one year measure. We are mostly neutral on this and see merit in the arguments on both sides. This change, however, is likely going to increase the volatility of the measure, with schools and districts swinging back and forth from A to F. This will diminish the credibility of value-added and could be used by critics as a basis for questioning the entire framework. A better approach might be to move to a weighted three-year average with the most current year being valued at 50 percent of the overall value added grade.

Our biggest concern, however, centers on language that would put some of Ohio’s school choice programs at great risk. The sub bill includes language that requires every school (and district) to receive either an A or B if report card grades aren’t issued by ODE by the statutory deadline of September 15. This measure would hurt parents looking for information on school quality. It could also hurt their opportunities as it would remove schools from the EdChoice eligibility list and reset the list of academically challenged districts where new charter schools could open.

A separate but similar provision would require a complete restart of all “sanctions”— including restructuring, academic distress commissions, EdChoice eligibility, and community school closure—whenever a change (even an administrative one) is made to the state report card system. Passing this language will codify an either/or provision that would hurt everyone. The state would be in the unenviable position of either leaving the school report card untouched every year—even if improvements are needed—or gutting many of Ohio’s school choice programs. This language could destroy accountability, decimate school choice, or both.

The sub bill eliminated the ADC-related recommendations of Governor DeWine and placed a moratorium on the creation of new ADCs. However, it’s widely believed that the language from the recently passed HB 154 will be amended into HB 166.

Looking to improve on how ADCs function and the role of local communities is important, and the House should be commended for attempting to address those problems. However, HB 154 was rushed and is very much an unfinished product. Here are a few of its significant weaknesses:

Since House Bill 2 reformed Ohio’s charter school laws, the General Assembly has trod very carefully on the issue and hasn’t made many changes. This time has helped to identify some areas where changes are merited. The sub bill, unlike the as-introduced version, tackles some of those issues. While we are supportive of some of the changes, others could materially weaken charter school accountability just as the sector is showing signs of improvement.

Key charter provisions in the sub bill include:

Thank you again for the opportunity to provide testimony. I’m happy to answer any questions that you may have.