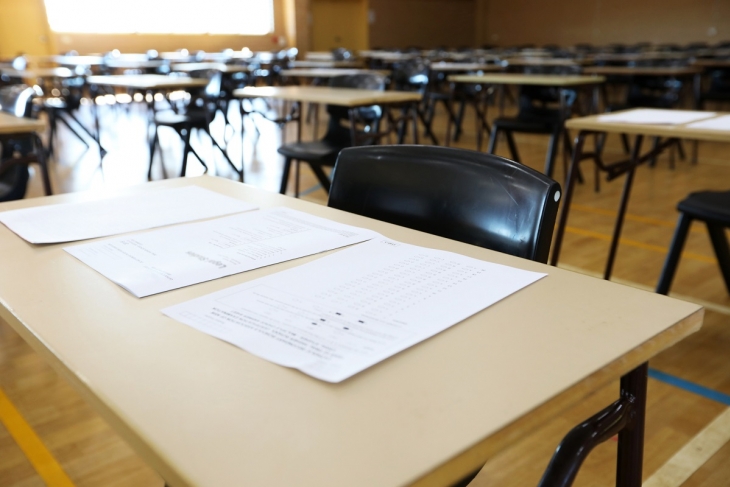 Last spring, Governor DeWine signed legislation that eliminated state tests and paused school accountability sanctions for the 2019–20 school year. Efforts by the education establishment to extend these changes through the 2020–21 school year began almost immediately. Their efforts failed during the lame-duck session in December, when legislators passed House Bill 409, which maintained exams for 2021 while wisely extending the accountability pause through the current school year.

But the anti-testing crowd is nothing if not tenacious. When the new legislative session started in January, they introduced several bills to eliminate testing in both chambers. One of these bills is Senate Bill 37 (SB 37). Here’s a look at its two key testing provisions, and why they aren’t the best path forward.

Federal law requires all public schools to administer annual state assessments in certain grade levels and subjects. To bypass this requirement, Ohio would need to apply for and receive a waiver from the U.S. Department of Education. That’s what happened last year, when the state cancelled testing during 2019–20. But whether such a waiver will be available for the 2020–21 school year is still up in the air. Miguel Cardona, President Biden’s nominee for education secretary, has sent mixed messages about what he’ll do once confirmed, which should happen any day now.

Which brings us to Ohio. Nobody knows for sure if a federal waiver will be available, but SB 37 would require the state superintendent to “consult with stakeholders” about seeking a waiver and authorizes him to apply for one if it becomes available. This would pave the way for Ohio to cancel federally required state tests for the 2020–21 school year.

The education establishment has made several arguments in favor of waiving tests for a second straight year. But as my colleague Aaron Churchill recently noted, those arguments are flawed. The only accurate way to determine the extent of learning loss is to measure student learning against state standards. The resulting data won’t be used punitively. Thanks to HB 409, accountability consequences have already been put on pause. But schools will soon be open in-person, and it’s imperative that state tests be administered. The only way to ensure that at-risk students and those in underserved communities aren’t falling through the cracks is to have a single measurement that’s comparable and reliable across schools, subgroups, and geographic regions. Taking advantage of a federal testing waiver—should it become available—will make that impossible.

The sponsors of SB 37 also included a provision that would cancel state assessments that aren’t federally required. This includes social studies tests in fourth and sixth grade—which, under Ohio law, districts must administer even though the results don’t have to be reported to the state—as well as four end-of-course (EOC) exams, including English I, American history, American government, and geometry. (EOCs in English II, algebra I, and biology meet the federal requirements for English, math, and science tests in high school.)

Cancelling social studies exams won’t cause much disruption, as the results are not publicly reported. But the same can’t be said for cancelling EOCs, which are a critical part of Ohio’s graduation requirements. To address potential issues, SB 37 adjusts the state’s diploma requirements in two ways. First, it permits schools to grant a diploma to any student who is on track to graduate and has successfully completed the curriculum according to the school’s principal, teachers, and counselors. Second, it extends for an additional year a provision in current law that allowed students who were scheduled to take or retake an EOC but couldn’t because the exam was cancelled to use their course grade in place of an exam score to satisfy diploma requirements.

Reasonable people can disagree about the wisdom of using course grades in lieu of exam scores during this period of disruption. On the one hand, doing so opens the door for lowered expectations for high school students. On the other hand, there aren’t really any better alternatives if tests are cancelled. Getting lost in this debate, though, is the simple fact that if Ohio doesn’t receive a waiver and all other state exams are administered this spring, then it makes zero sense to cancel EOCs. We need comparable data and accurate information about potential learning loss for high school students just as much as we need it for their younger peers. Schools and families need to know if students aren’t college or career ready so they can intervene and remediate before students get out into the adult world. And while it’s true the stakes are higher because EOCs are tied to graduation requirements, it’s also true that Ohio students have several pathways toward a diploma. Those pathways include options that put a diploma within reach even if students don’t pass the required English and math EOCs.

The debate over pandemic-era testing is complicated. There are plenty of factors to consider, not the least of which is what’s in the best interest of students in the long run. If schools are able to safely reopen and stay open, then administering tests is crucial. It’s the only way to get the reliable and comparable data we need to funnel state funding and assistance to the places where they’re needed most.