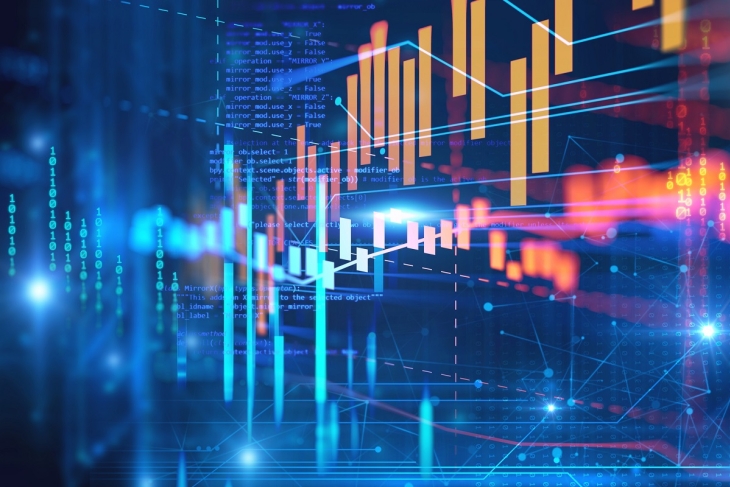 In mid-October, the Ohio Department of Education (ODE) released report card data for the 2020–21 school year. Due to pandemic-era provisions passed earlier this year, no school ratings were available—only raw data. Ohio will return to standard protocol and issue ratings next fall, but even without them, there are important things to highlight. Here’s what stood out to me.

Overall, test participation statewide was surprisingly strong. One of the concerns going into the spring 2021 assessments was that large numbers of students wouldn’t come in for testing, thus reducing the value of the data. But as it turns out, test participation rates were remarkably high given the circumstances. Statewide, 94 percent of students took their state tests, a number that is only modestly below the usual participation rate (99 percent in spring 2019). Hats off to Ohio schools and parents that helped ensure assessment continued in a relatively normal fashion.

Nonetheless, some schools had more untested students, which directly affected their performance index scores. A handful of districts and charter schools—likely those that persisted in remote learning longest—had low test participation rates. That directly affected their performance index (PI) scores, a composite measure of achievement across tested grades and subjects. Under longstanding Ohio policy, schools receive zeros in their PI calculations when students do not participate in state testing—a provision that encourages test participation. In a year when test-taking was more difficult than usual, the rule significantly depressed the PI scores of schools with large numbers of untested students. The table below illustrates the impact using Cleveland school district’s data. Since tested students score at least at the “limited” level, the district’s score would have been higher had all students taken the assessments. In sum, we must look at schools’ 2020–21 PI scores with greater care because, in some cases, they’re not strictly measures of achievement but also reflections of test participation. That said, some schools could have tried harder to test students, even those who spent most of the year learning at home.

Thousands of students are falling well short of grade-level standards. In September, Ohio State University professors Vlad Kogan and Stéphane Lavertu published an in-depth analysis of the spring 2021 test data. They found that the pandemic and shift to remote learning took a tremendous toll on achievement, with the average student losing a third to full year of learning depending on grade and subject. Those results are alarming enough, but putting it that way almost surely understates the academic emergency. Another way of parsing the data is to see the massive numbers of students scoring at the limited achievement level—the state’s lowest mark—which indicates that they have “minimal command” of grade-level standards. Statewide, figure 1 shows that roughly one in four Ohio students are struggling with basic math and reading skills. In the state’s largest urban districts, the percentages soar to one-half to two-thirds. As we now know, 2020–21 was a disaster for most students—urban children, in particular—and the state and localities have much work ahead to get kids back on track.

Note: The 2020–21 data represent the fraction of tested students scoring limited both statewide and in each district.

Where’s the value-added data? Growth data, a.k.a. value-added, offers an important picture of student progress over time. Relying on a “gap year” approach that looks at growth between spring 2019 and spring 2021, value-added results were calculated largely in a normal fashion. Oddly, however, the Ohio Department of Education (ODE) only released schools’ value-added results for individual grades and subjects—district- or school-wide composite results were M.I.A. That’s a disappointing omission, as the composite scores could have helped analysts and policymakers identify schools that most effectively met the Covid-19 challenge. What practices did they employ? Were there any standouts among those that relied more heavily remote learning? It’s all the more surprising to see the composite scores omitted given a legislative directive that, while waiving ratings, also declared that ODE “shall report any data that it has regarding the performance of school districts and buildings for the 2020–2021 school year.” While a good lawyer could probably defend the omission, it’s unfortunate that this critical information was withheld from the public.

Graduation rates continue to tick upward. Not all report card measures declined as graduation rates continued their march upwards. Statewide, the four-year graduation rate for the class of 2020 rose to 87 percent, an uptick from the 86 percent rate for the class of 2019 and well above the 78 percent rate posted by the class of 2010 (see figure 2). The class of 2020 was the first graduating cohort affected by Covid-19, as the last quarter of their senior year was disrupted when schools closed that March. In an emergency measure, lawmakers gave local schools wide latitude to award diplomas in cases when seniors had not yet met graduation requirements. It’s hard to say how many students in the class of 2020 this applied to, and hopefully the state will release more information on that count. But there are reasons to worry that at least some didn’t meet graduation standards—and waving them through without the requisite knowledge and skills for adult success is a disservice.

Progress on post-secondary readiness metrics has stalled. With graduation rates zooming towards 90 percent—becoming almost a participation trophy—it’s more important to examine other indicators of post-secondary readiness. Two indicators shed light on that front. One is the percentage of students who achieve a college remediation-free score on the ACT or SAT. Ever since Ohio started reporting this data point for the class of 2014, only about one in four students have met this target. As figure 3 shows, remediation-free rates slid in the two most recent years, with just 24 percent of the class of 2020 meeting the benchmark. The class of 2020 would have taken college exams in their junior year, so the data shouldn’t be significantly impacted by the pandemic.

Figure 3: Percentage of students meeting college remediation-free standards on the ACT or SAT

Note: The percentages include all students in a graduating class in the denominator, regardless of whether they took the ACT or SAT.

Another indicator of readiness is the percentage of students who earn industry-recognized credentials. Those rates have always been fairly low—less than one in ten Ohio students achieve this goal—but it’s worth noting that, after several years of progress on this measure, the industry credentials rate fell for the class of 2020. This measure, however, may have been affected by Covid-19 if students weren’t able to complete a credential in the last quarter of their senior year.

The state’s report cards always give us reason to pause and reflect on where students stand and what kind of progress Ohio is making educationally. Though less comprehensive than usual, the 2020–21 iteration is no different. As many expected, the news is mostly grim. The pandemic has indeed knocked many students off track. The good news, however, is that we now have a baseline for setting recovery goals and tracking our progress moving forward.